First, his car was stolen.

Then, as he was driving the replacement at full speed, the hood suddenly opened, breaking the windshield. The accident nearly killed him and his family.

These were “Sicilian style” messages – and Boyko Atanasov knew they were coming from his colleagues at Bulgaria’s state prosecution office.

They had resolved to make his life a living hell ever since.

A year and a half ago, Atanasov had exposed corrupt practices going on there.

He had revealed that his boss, Chief Prosecutor Sotir Tsatsarov, controlled a special group of investigators – the so-called “Spitz Commando” – to whom he assigned all cases of crime and corruption among state officials. Then he used those investigations to blackmail the suspects.

Here is how it worked:

The team would discover some high official’s dirty laundry. They would then launch an investigation against “unknown perpetrators” instead of naming the suspect.

The case would then simmer until someone on the team needed a favor from the official. They would threaten to reopen the case and replace the “unknown perpetrator” with his name.

For example, years ago, the team launched an investigation into several suspicious business deals run by Boyko Borisov, who at the time served as the mayor of Sofia. As with the others, the team kept his investigation on the back burner.

When Borisov later became Prime Minister and promised to overhaul the judiciary, as the EU had been demanding, they pulled the case against him out of the drawer.

They felt threatened because the proposed reforms would combat corruption more effectively, but also diminish the power of the chief prosecutor.

Borisov had promised to push it through the parliament.

But he suddenly changed his mind, and in 2015 his party voted against the reforms. Lawmakers also voted down plans to set up a special agency that would investigate high-level graft.

Atanasov claims that the threat by the corrupt team to renew the investigation against him is what prompted the Prime Minister to change course.

The whistleblower says he knows how the prosecutor’s office works. He works there for years and was once even offered to be the head of the “Spitz Commando” unit, but refused.

After Atanasov revealed what he knew to the media, the Supreme Judicial Council opened an investigation into his claims but eventually abandoned it, producing no results.

However, the European Commission took him seriously and kept pressing Bulgaria to proceed with serious judicial reforms and to appoint a special prosecutor to investigate the Chief Prosecutor.

The turmoil has only served to damage citizens’ confidence in the prosecutor’s office. Its approval rating dropped to six percent two years ago, and haven’t risen since.

Obvious, high-profile cases of corruption have been lost in court because of sloppy investigations.

“Do not expect any justice,” Atanasov warns, as long as justice is in the hand of a corrupt chief prosecutor with authoritarian tendencies.

“We are risking the future of the country and of our children,” he concludes.

Atanasov is not the only one who dared to expose corruption in Bulgaria only to be disappointed.

“I told you about these things with great hope, with zest that such a serious crime would be uncovered,” another whistleblower who asked to remain anonymous told OCCRP.

Almost two years ago, he revealed everything he knew about a scheme in which millions were stolen from EU road construction funds.

He was expecting a prompt and serious investigation, but instead the person he believes to be responsible was promoted to a position with an even bigger budget he can embezzle.

Meanwhile the whistleblower received anonymous threats and had to replace the glass in his windows after his story was published.

“After midnight, about twelve, twelve-thirty a.m., the windows on both sides of my apartment were shattered by some big paving stones” he said.

Nevertheless, he says he would blow the whistle again if he could, and advises others to do the same.

“Report it! Inform whoever needs to be informed,” he says.

“But do not expect any follow-up,” he said.

One might ask why. But, thinking long-term, Atanasov has an answer.

“One day,” he says, “the chief prosecutor’s term in office will end.” 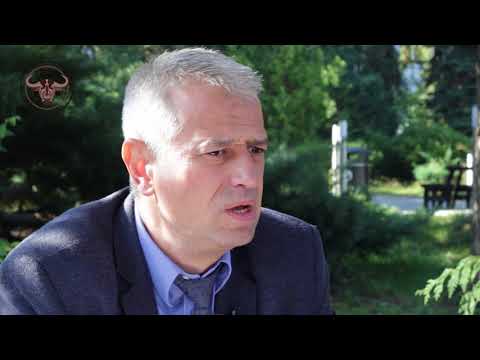