Fourteen businessmen, suspected of being linked to terrorists in Syria, has defrauded the Danish Treasury for years, raking in some $120 million through value-added tax (VAT) fraud, Danish media reported Tuesday. 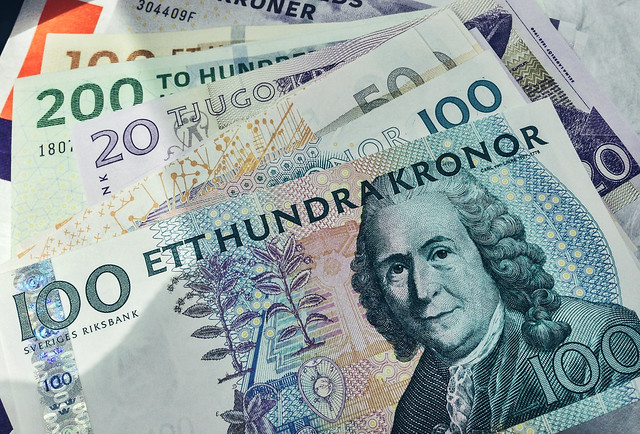 Danish Kronor (Photo: Tony Webster (CC BY 2.0))Two in the group are suspected of direct ties with the Islamic State and Al Qaeda, according to the report. They allegedly operated a number of companies that went bankrupt with some $14.5 million unpaid in VAT and nearly $10 million in debt to private creditors.

The investigation by Dagbladet Information and Jyllands-Posten business newspapers showed that the scam was perpetrated through imports of such items as chicken meat into Denmark without paying VAT.

Danish customers would buy those goods and be charged VAT, which the importer then kept without paying to authorities.

Lars Krull, senior adviser at the Business and Management Department of the Danish Aalborg University told media, “It is double as serious if a scam goes through and the money is used to undermine the society. It’s an open door… and we don't really have any defense against it.”

Tom Kirchmaier, a professor and researcher of financial crime at the Copenhagen Business School and the London School of Economics, as Finans business magazine reported, expressed his surprise that the Danish government has not done more to prevent such scams.

“If you are to stop the jihadists, you have to stop their financing and this starts with stopping the scams,” he told the paper.

Danish Justice Minister Nick Hekkerup admitted that the action against organized VAT fraud and terrorist financing need to be strengthened.

His Ministry, as reported, will consider improving cooperation among the authorities as well as more effective tools to combat organized economic crime.