A Chinese Communist Party inspection launched an investigation against the former chairman of China Development Bank (CDB), who is suspected of “serious violations of discipline and law,” Xinhua reported Wednesday. 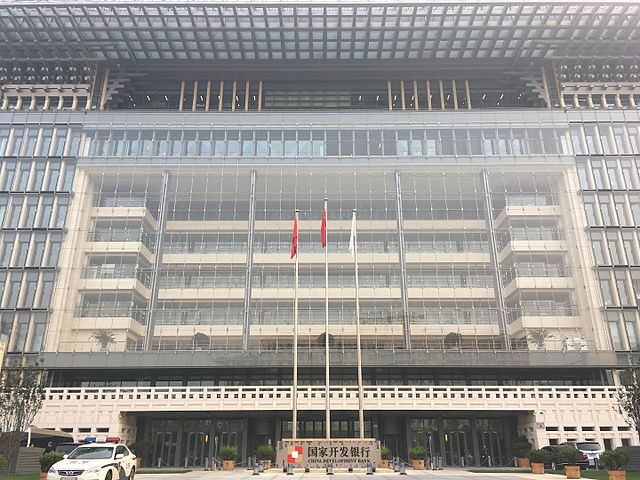 Ex-Chief of the China Development Bank under probe for graft. (Photo: Max12Max (CC BY-SA 4.0))According to the agency, the Central Commission for Discipline Inspection (CCDI) is probing Hu Huaibang, who chaired the CDB for five years until September last year. The bank is one of China’s three government banks that are authorized to issue loans aimed for financing China’s mega infrastructure projects in the country and abroad.

The bank, also considered as “Beijing’s super bank,” at the end of last year had total assets of US$ 2.35 trillion.

The CCDI, the major China’s anti-graft body, did not reveal details about the investigation, but Reuters noted that Hu was mentioned last October during the high-profile graft trial of Wang Sanyun, former Communist Party chief of Gansu province.

While he was the bank’s chief, Hu “had channeled bribes to Wang on behalf of Ye Jianming, the former chairman of the once high-flying conglomerate CEFC China Energy,” one of the 10 largest private companies in China, the agency reported.

The court back then heard, according to the South China Morning Post, that Wang had used Hu as a conduit for CEFC Shanghai, a subsidiary of CEFC China, to take equity positions in the Bank of Hainan.

Also Hu, as the ex-chief of the CDB, was allegedly involved in a deal through which Wang helped another CEFC’s subsidiary to obtain a US$ 4.8 billion credit line.

It remains unknown, according to the media, if the investigation against Hu is linked directly to the corruption charges against Wang and Ye, but his downfall is expected to “send shock waves through China’s financial upper crust, given his personal background and the bank’s crucial role in China’s financial landscape.”