BiH: Was there Corruption in Republika Srpska National Assembly Voting? 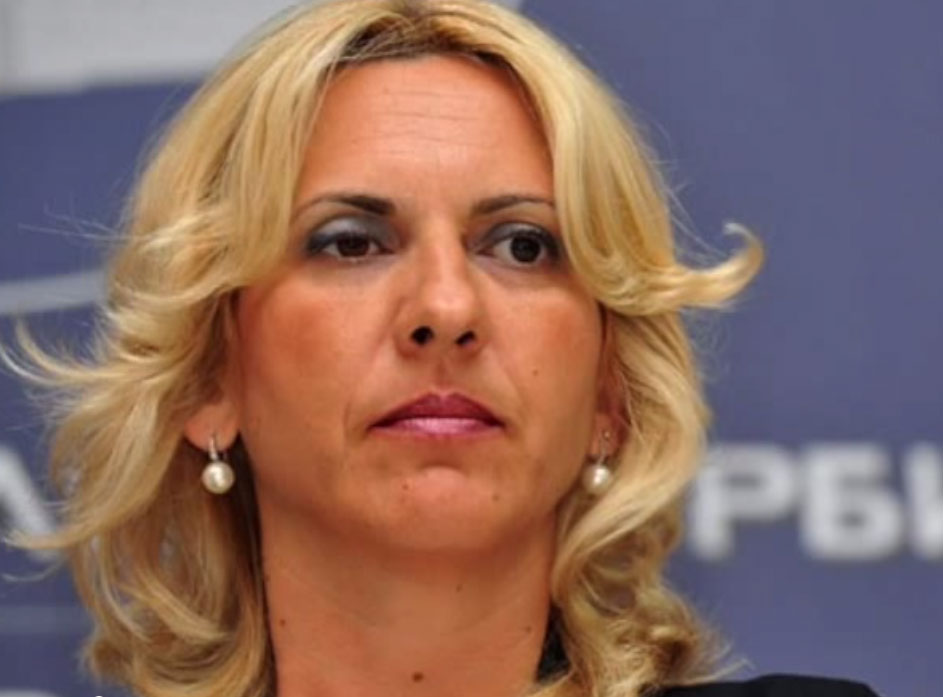 Months after a tape recording seemed to show vote-buying by a regional prime minister in Bosnia, the investigation drags on while business continues as usual.

-          “Well yes, they are from Šukalo’s party [Adam Šukalo is president of a political party in Bosnia], but this is why we bought another two. Time will tell if we made a good purchase. If they renege, we’ll have another two.”

According to the Bosnian news website Klix, these were the words of Zeljka Cvijanovic (pictured) – Prime Minister for Republika Srpska, an autonomous region in Bosnia and Herzegovina – in a leaked recording that it published online back in November.

In a conversation with another woman, Cvijanovic appeared to be admitting that her Independent Social Democratic party bought two votes that ensured a majority in the National Assembly of Republika Srpska, one of the two regions that make up the state of Bosnia and Herzegovina.

But instead of public uproar over a case of vote-buying, what followed was a witch hunt. Finding out who recorded the conversation and who leaked it to the media seemed more important to authorities in Republika Srpska than whether the votes were purchased.

So, while opposition leaders called for a corruption investigation, authorities moved swiftly to declare the recording a fake while they focused on finding out who had passed it to Klix, Bosnia's most-visited general news portal.

What happened a month later sent shockwaves through the country's media and political circles. Bosnian police raided the Sarajevo offices of Klix in late December, in what was immediately denounced as an outrageous attack Officers ordered all staff to leave, except editor Jasmin Hadziahmetovic; managers Dario and Mario Simic (who are brothers); and reporter Edita Gorinjac, whom they interrogated for seven hours. The journalists said at a press conference right after the raid the questions had focused on how – or from whom – the recording had been obtained.

Klix staff said police confiscated 19 computers, USB sticks, voice recorders and the private mobile phones of the editor and managers. When the material was eventually returned, the computers had been destroyed, the Simics told media in Bosnia. Lawyers for Klix filed a court complaint.

The municipal court in Sarajevo ruled that the raid on Klix was illegal. Dario Simic, Edita GorinjacBoth national and international civic organizations protested the raid, saying it violated journalists' obligation to protect sources. Dunja Mijatovic, OSCE's representative for freedom of media, denounced the raids as a serious infringement of the journalists’ right to report in the public interest.

“The protection of sources is essential for investigative journalism. Questioning and putting pressure on media employees to reveal their sources is simply unacceptable,“ said Mijatovic.

Since then, the investigation has moved at a snail's pace. To understand some of the reasons why, some background on Bosnia and Herzegovina is necessary:

The country, part of the former Yugoslavia, is located on one of the world's cultural fault lines, where three major 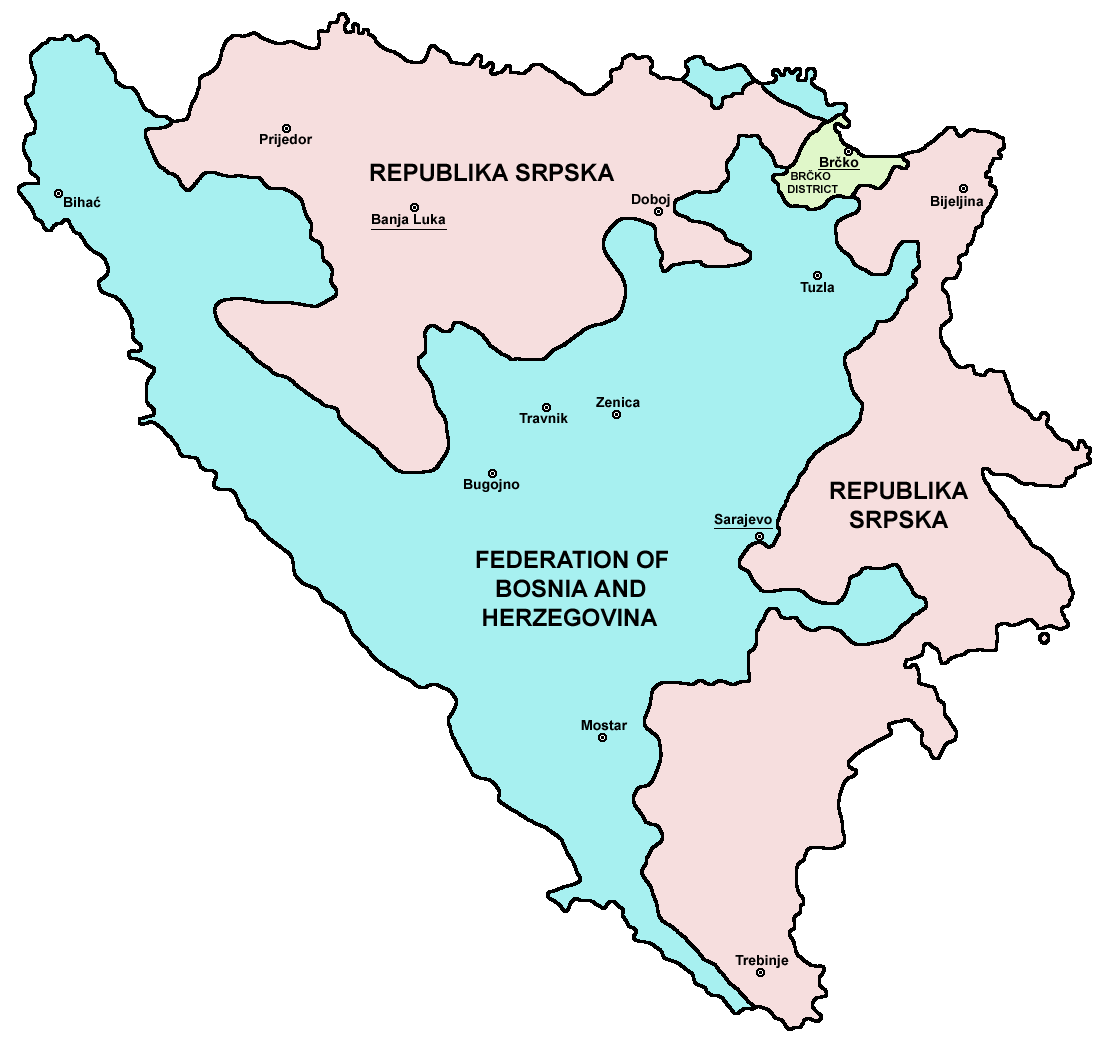 Bosnia and Herzegovina, entity divisionreligions have rubbed up against each other for centuries. It is mostly made up of two administrative entities: Republika Srpska or RS, dominated by Serbs; and the Federation, made up of mainly Bosniaks and Croats. Serbs are Orthodox Christian, Bosniaks are Muslim and Croats, Roman Catholic. Although some argue the distinctions are largely irrelevant in today's secular society, the groups split along these lines during the war that convulsed the country from 1992-1995.

While the two entities make up the single country called Bosnia and Herzegovina (BiH), political squabbling between them means their police forces rarely cooperate in cases that do not suit them both. And this case required cooperation. Sarajevo, the BiH capital, is in the Federation; Klix is headquartered in Sarajevo; but the tape case involves politicians from Republika Srpska.

The Klix search warrant was approved by the Sarajevo municipality prosecutor's office and executed by Republika Srpska police officers. The cooperation of the two forces was noted by Bosnian media.

Meanwhile, Cvijanovic has continued to insist that the recording was faked. In a statement to the media on Nov. 18, Republika Srpska police claimed the tape had been manipulated using cutting and editing technology to take Cvijanovic's voice out of context.

However, Janez Krizaj, an expert on audio recordings, told TV network N1 the only way the recording could have been a fake is if it featured an impersonator.

“I haven't seen any traces of audio manipulation, or any cutting. While investigating the background noises, I found that the speech and the melody are flowing spontaneously and naturally,“ he said.

Then, on Nov. 29, chief of Republika Srpska police Gojko Vasic released a statement saying an investigation into both political corruption and unauthorized wiretapping by Klix was ongoing.

But another claim made in that same statement only deepens the intrigue of the affair. Vasic said that the recording had not been analyzed yet – an admission that flies in the face of the earlier police statement that the tape was fake.

Whether or not the recording is authentic, other questions remain unanswered. Why was the cooperation between the two police forces concerning the raid on Klix so swift and efficient while the Republika Srpska police investigation into whether Cvijanovic's party had actually bought the votes has so far produced nothing?

Media freedom in Bosnia and Herzegovina has long been questionable, with journalists under financial pressure to align themselves with political parties. Despite this, on the day Klix was raided, dozens of journalists from other media outlets gathered in front of the Klix offices to protest the police action.

Some speculated that those who planned the Klix raid knew the media would focus on the attack on press freedom instead of the Cvijanovic recording, and the possibility of corruption at a senior political level.

Months later, the raid still draws more attention than the fact that votes may have been bought to ensure Cvijanovic's party its parliamentary majority. International actors, like the OSCE and Transparency International, and even local media portals like Depo.ba, Vijesti.ba and others put more emphasis on this attack than on the corruption allegations.

The investigation into political corruptionis being handled by the Special Prosecutor's Office of Republika Srpska, which claims that the authenticity of the recording has not been officially analyzed. It said this was because RS authorities don't have the recording anymore since Klix journalists successfully appealed to the Sarajevo municipal court to return their material.

It is unknown whether RS investigators have tried to pursue other avenues, such as questioning those mentioned in the recording.

No further information was given to OCCRP since, according to the Special Prosecutor, it might interfere with the investigation.