Timber trafficking out of Myanmar, which is largely shipped to China, is responsible for the rapid deforestation of the southeast Asian country, the Global Initiative Against Transnational Organized Crime (GI-TOC) revealed in a new report. 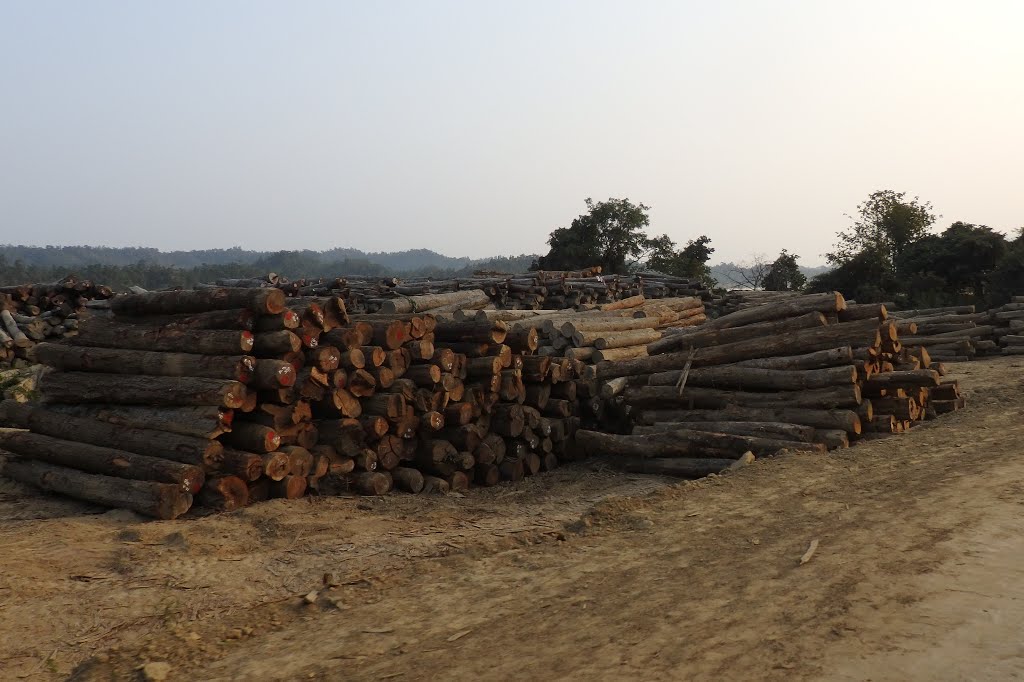 Logs in Sagaing Region, Myanmar, by mohigan; (CC BY-SA 3.0)“Illegally harvested wood is used for construction and to manufacture luxury furniture, but, with China’s own forest reserves being protected, the environmental cost of such profitable economic activity is borne by its southern neighbour,” the Swiss-based organization said.

movement of illicit timber into south-western China, as have arrangements between

complicit actors on both sides,” it added.

The trade, passing through Myanmar’s Kachin province to China’s Yunnan is worth about US$600 million a year and represents about 80% of the timber shipped out of the country.

Under Myanmar's laws, all overland exports of timber are illegal, as it must be sent out of the county by sea, through the port of Yangon, to be considered legitimate.

The most highly sought after wood is known as “Burmese teak,” which is cut from trees felled in the Saigang forest on the border with India.

“The trade has a negative impact on Myanmar’s economy and environment, with the latter suffering significantly through uncontrolled logging,” the report said. One local interviewed by the NGO said that the region around his village has been almost entirely stripped of valuable trees.

However, with a complicated series of laws dictating whether a wood is legal or illegal, GI-TOC stressed that it is not necessarily traditional organized crime leading the trade.

“Illegality is determined in Myanmar by the location at which a particular tree is felled, the purpose for which it is felled, whether its wood is processed through a sawmill and from where it is exported,” the report said.

“Rather than gang-like mafia organizations, what one sees in Myanmar is a metamorphosis from illegal to legal activity as a piece of timber travels along the supply chain,” it explained.

As such, foreign business interests have had little trouble inserting themselves into that pipeline.

Since its independence, timber has been an important resource for Myanmar. With the country’s increasing isolation in the 1980s, it became more and more reliant on timber companies, especially Thai ones, to bring in foreign currency.

A number of Thai firms rushed to obtain logging concessions and the rate of deforestation quadrupled, according to the report.

Amidst, a new challenge to stability in the country, following it’s 2021 coup, the illegal timber trade has again skyrocketed and may be influencing the conflict.

“Proof of this seems to lie in satellite imagery taken since the coup, which shows an

apparent increase in the size of deforested areas,” the report said. “There have also been concerns that the military is selling stockpiled wood that had been seized earlier from traffickers and can now be monetized quickly.”

“It is also possible that the Myanmar military regime will be tempted to deregulate the logging sector, in order to stimulate local employment and save businesses from shutting down,” it predicted.