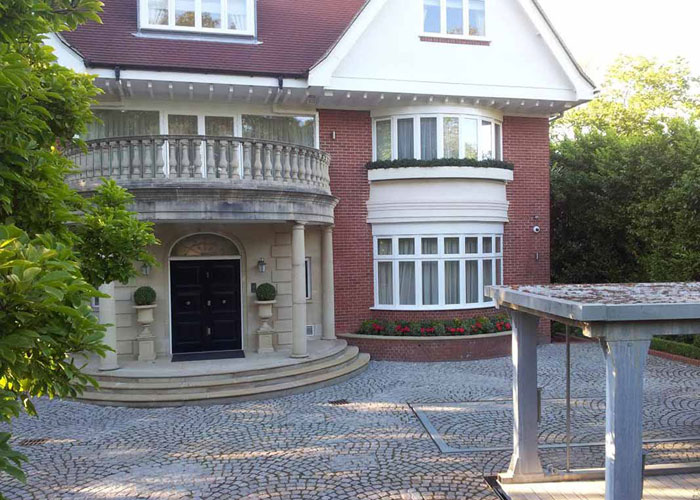 Azerbaijani President Ilham Aliyev is a man who likes a comfortable home.

His family has dabbled in high-end real estate for some time now, snapping up properties in Dubai worth an estimated US$ 75 million during a single storied shopping spree in 2009. The family owns other high-end properties in a popular spa resort in the Czech Republic and an exclusive suburban enclave outside of Moscow.

But while those purchases were made by the Aliyevs’ three children, reporters for the Organized Crime and Corruption Project (OCCRP) have discovered that Aliyev himself bought a nice place in 1998, back when he was just a vice president at the State Owned Oil Company of Azerbaijan (SOCAR).

Today that house, a mansion in the exclusive Hampstead Heath area of London, is worth US$25 million at the very least—and probably much more.

For a close-up look at the house and the convoluted trail of offshore corporations used to obscure the Aliyev family connection, see today’s latest installment of The Khadija Project.

The project is a global effort by investigative journalists to finish the work of Khadija Ismayilova, Azerbaijan’s leading investigative reporter. She was jailed on bogus charges on Dec. 5, 2014, after a series of hard-hitting stories probing the business activities of the Aliyev family and their close associates.

As Ismayilova enters her seventh month in prison, The Khadija Project will continue to develop the stories she was prevented from finishing.