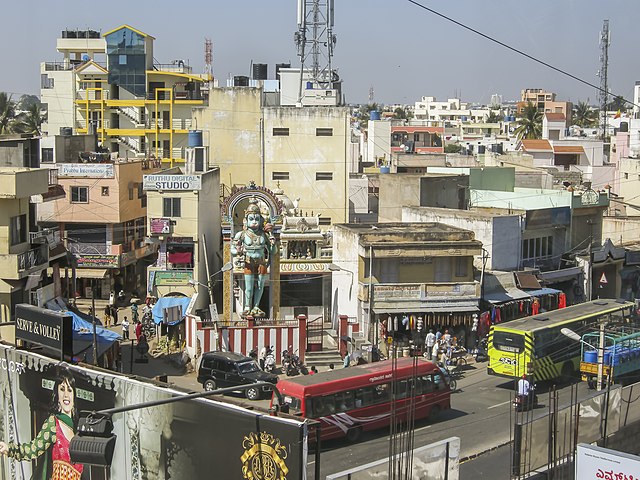 TNM also found that not only did the NGO mislead voters, but also often their own workers. (Photo: Matthew T Rader, Wikimedia, License)The Chilume Educational Cultural and Rural Development Institute had been given permission by local authorities to conduct voter education, but went way beyond its remit, using fake government ID cards and collecting identifying information from individual voters, including addresses, phone numbers and marital and employment status and even their caste, religion and mother tongue. They also collected Aadhar numbers, India's equivalent to a social security number in the U.S.

“The data theft was enabled by a Government Order that allowed the NGO to ‘create awareness’ about voter rights and revision of electoral rolls,” TNM found in its investigation.

Further, the NGO was found to have been run by some of the same people who also run private for profit organizations which facilitate Bangalore's elections, and offer polling and campaign services for the political parties in the province.

In the same building as Chilume’s offices are those of another organization, Digital Sameeksha, which is an app that offers polling information to political parties.

TNM discovered much of the information that had been collected by Chilume, already made public on the Digital Sameeksha app.

TNM also found that not only did the NGO mislead voters, but also often their own workers.

“Through several weeks of painstaking fieldwork, our investigative team managed to establish contact with the field agents hired by Chilume.”  TNM’s report said. “The workers not only showed us the fake ID cards that were issued to them but also revealed that they were misled into believing that they were part of a legitimate government exercise.”

The full purpose or backer of the accumulation of data by the group has yet to be revealed, but political parties in the region are already trading barbs with one another over who put the group up to the task, TNM reported.