Spain seized nearly 100 tonnes of drugs last year in international waters around the Iberian peninsula, which has for some time been a key point on the smuggling routes from Latin America and North Africa to Europe, the country’s Interior Minister reported. 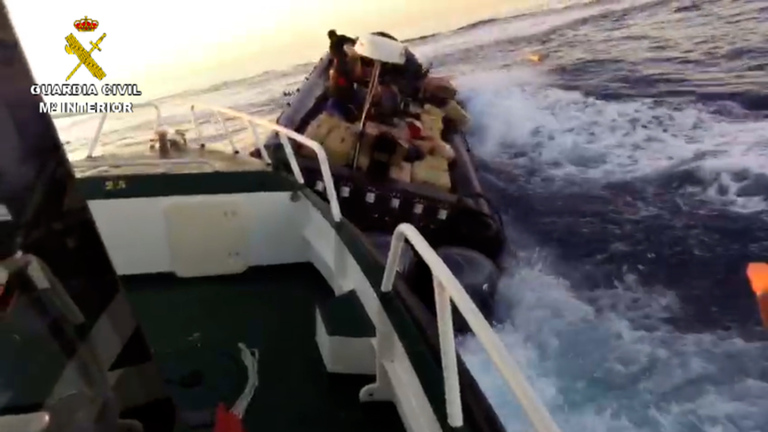 (Photo: Guardia Civil, License)The Spanish tax agency and security forces spotted 17 suspicious vessels in the North Atlantic Ocean and the Mediterranean Sea and seized a total of 91.3 tonnes of hashish and 8.4 of cocaine from 14 of them.

This is the largest amount of drugs seized in such operations since 2011 and the amount is 30% larger than the one seized in 2020. From 2011 to 2020, Spanish law enforcement raided 129 vessels in international waters and seized nearly 400 tonnes of drugs.

The amount of drugs Spain seized has significantly risen over the past five years. From 2017 to 2021, for example, Spanish security forces carried out 92 operations and seized about 273 tonnes, nearly 37% of this only last year.