A former Puerto Rico legislator was sentenced to four years and nine months in prison for engaging in a multi-year bribery and kickback scheme, announced the U.S. Department of Justice on Wednesday. 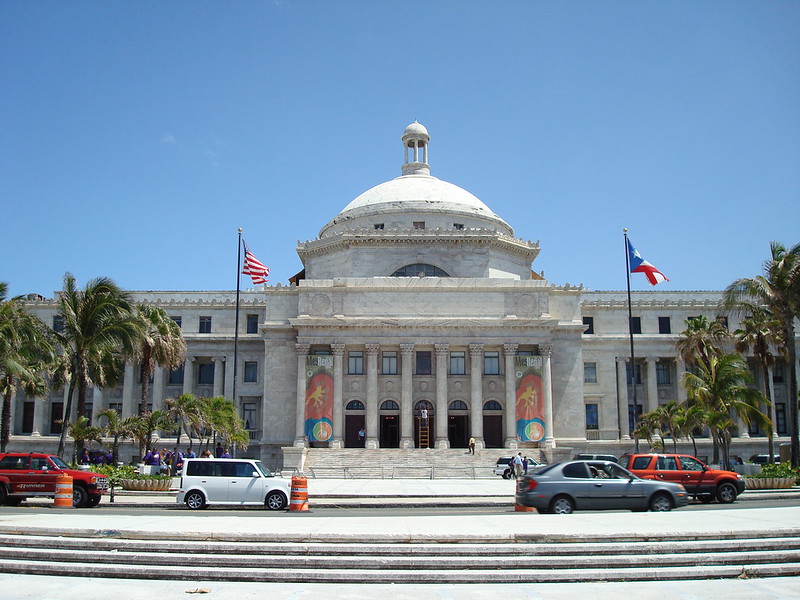 The cash kickbacks to del Valle Colon were paid in offices in the Capitol building in Old San Juan. (Photo: Henry Pisciotta, Flickr, License)Nelson del Valle Colon, a former representative of the New Progressive Party, was first arrested by the Federal Bureau of Investigation in August 2020 for orchestrating a fraud scheme with federal funds, alongside his two employees. Within a week of his arrest, Del Valle Colon resigned from his official position.

According to the indictment, Del Valle Colon first hired his two recruits, Nickolle Santos-Estrada and her mother Mildred Estrada-Rojas, to his legislative office upon being elected a member of the Puerto Rico House of Representatives in 2016.

In early 2017, Del Valle Colon fraudulently inflated the salaries of Santos and Estrada for no legitimate reason, and agreed that out of their inflated paychecks, the employees would keep a portion for themselves and kick back the other portion every other week to the now defamed ex-legislator. The scheme lasted until June 2020 - two months prior to the indictments of the three individuals.

The biweekly kickbacks, estimated to be between US$500 and $1,300, were sent to Del Valle Colon in a variety of ways - sometimes via cash envelopes, and at times over ATH Móvil, a mobile phone money transfer application.

In March, Del Valle Colon pleaded guilty in the District of Puerto Rico to federal program bribery. Alongside his sentencing on Wednesday, he was also ordered to pay $190,000 to the Government of Puerto Rico in restitution.

According to the local newspaper El Vocero, Del Valle Colon is currently recovering from a surgery, so the judge granted him two months to turn himself in to the Bureau of Prisons to be committed to a federal prison.

Both Estrada and Santos are scheduled to be sentenced later this month for their participation in the conspiracy.