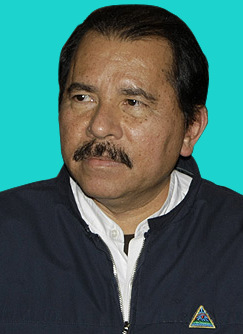 In response to the Law, civil society organizations have filed appeals challenging its constitutionality. (Photo: Kremlin.ru, Wikimedia, License)The Violeta B. Chamorro Foundation, an organization dedicated to freedom of expression, suspended its operations after refusing to register as a foreign agent, calling the law “unconstitutional” in a press statement.

“Therefore it is a clear manipulation that seeks to paralyze the functioning of organizations that the government considers contrary to its guidelines, in evident violation of universal human rights, freedom of thought and dissemination, democracy and the rule of law,” the organization said in a statement.

The new law requires any individual or organization who disseminates information in any form that also receives funds from abroad to register as a foreign agent under penalty of sanctions.

“Foreign Agents” under the law must report monthly income and expenditures, identify foreign governments, political parties, organizations or individuals who are providing the funds and notify the Ministry of the Interior prior to receiving or using the money.

The law claims to protect Nicaragua’s sovereignty and shield it from foreign influences. It offers notable exemptions to registered religious nonprofits, foreign productive and commercial companies and foreign factories, industries and supermarket chains.

Meanwhile, organizations involved in spreading information are emphasized in the legislation - think writers, artists, poets, journalists and activists, especially in the political sphere. Registered foreign agents are prohibited from running for public office or interfering in political matters.

This comes just days after the government destroyed the former facility of the Nicaraguan Center For Human Rights (CENIDH) which it seized in December of 2018, declaring it state property after canceling the organization’s legal status, along with nine other human rights NGO’s operating in Nicaragua. Human rights organizations and the United States have criticized president Ortega’s action against NGO’s, saying it will further isolate the nation.

“The measures, both legal and administrative, of cancellation of legal personality through illegal and arbitrary processes, as well as the de facto occupation, destruction or alteration of the facilities of organizations for the defense of human rights constitute one of the most severe restrictions of the freedom of association,” the Inter-American Commission on Human Rights said in a press release.

In response to the Foreign Agents Law, civil society organizations have filed appeals challenging its constitutionality, according to reports, but so far the Supreme Court of Justice has not addressed the matter.