As Christians around the world were preparing to celebrate Christmas, the Catholic Church recognized the martyrdom of an Italian judge who was gunned down in 1990 by the Sicilian Mafia, paving the way for his beatification. 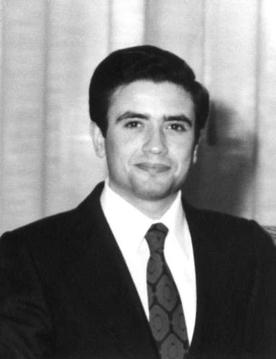 Livatino was a devout Catholic who often spoke about the law with religious fervor. (Source: Wikimedia Commons)Rosario Livatino, who was known as the “The Boy Judge” for his youthful looks, first served as a prosecutor as of 1979 in Agrigento, Sicily. He successfully fought against corruption and obtained the arrest of senior crime figures and the seizure of large sums of their money and property.

He was promoted to the position of assistant judge in 1989, a year before he was assassinated by gunmen paid by the Sicilian organized crime group Stidda, a rival to the more known Cosa Nostra.

Rosario Angelo Livatino was “killed in hatred of the faith,” the Vatican announced on Tuesday.

Livatino’s beatification could take place in the spring, media reported.

A beatification is an official recognition by the Church that the deceased lived a holy life, died a martyr's death and is now dwelling in heaven. It is part of the canonization process and the last step before someone is declared a saint.

The canonization of Catholic saints and martyrs is decided by the Congregation for the Causes of Saints, a Vatican committee or “curia” made up of cardinals and bishops.

Livatino was a devout Catholic who often spoke about the law with religious fervor.

“They knew that he could not be corrupted not only because he was a judge but because he was a believer,” Sergio Nazzaro, an Italian journalist, writer and adviser to the Parliamentary Anti-Mafia Commission, told OCCRP on Thursday.

Recognizing Livatino as a martyr is only the latest in a series of actions the Vatican has taken to solidify its public opposition to organized crime groups which have long misused religion to spread their influence.

Earlier this year, the Vatican convened a conference and inaugurated a new department at the Pontifical International Marian Academy, to put an end to the Mafia’s appropriation of the figure of the Virgin Mary.

“It’s a major step in trying to fight the Mafia on the religious side,” Nazzaro, previously told OCCRP about the initiative. “They've always wanted to appropriate religious symbols, either out of their own personal faith or to claim a social consensus.”

Similarly, establishing a victim of Mafia violence such as Livatino, as a martyr and potentially future saint of the Catholic faith is a strong rebuke to the organized criminal groups whose members largely identify strongly with Catholicism.