Authorities in Belarus detained on Wednesday more than 30 men suspected of being Russian mercenaries who were preparing mass riots to “destabilize the situation during the election campaign,” in which Belarus’ long-time ruler is seriously challenged for the first time. 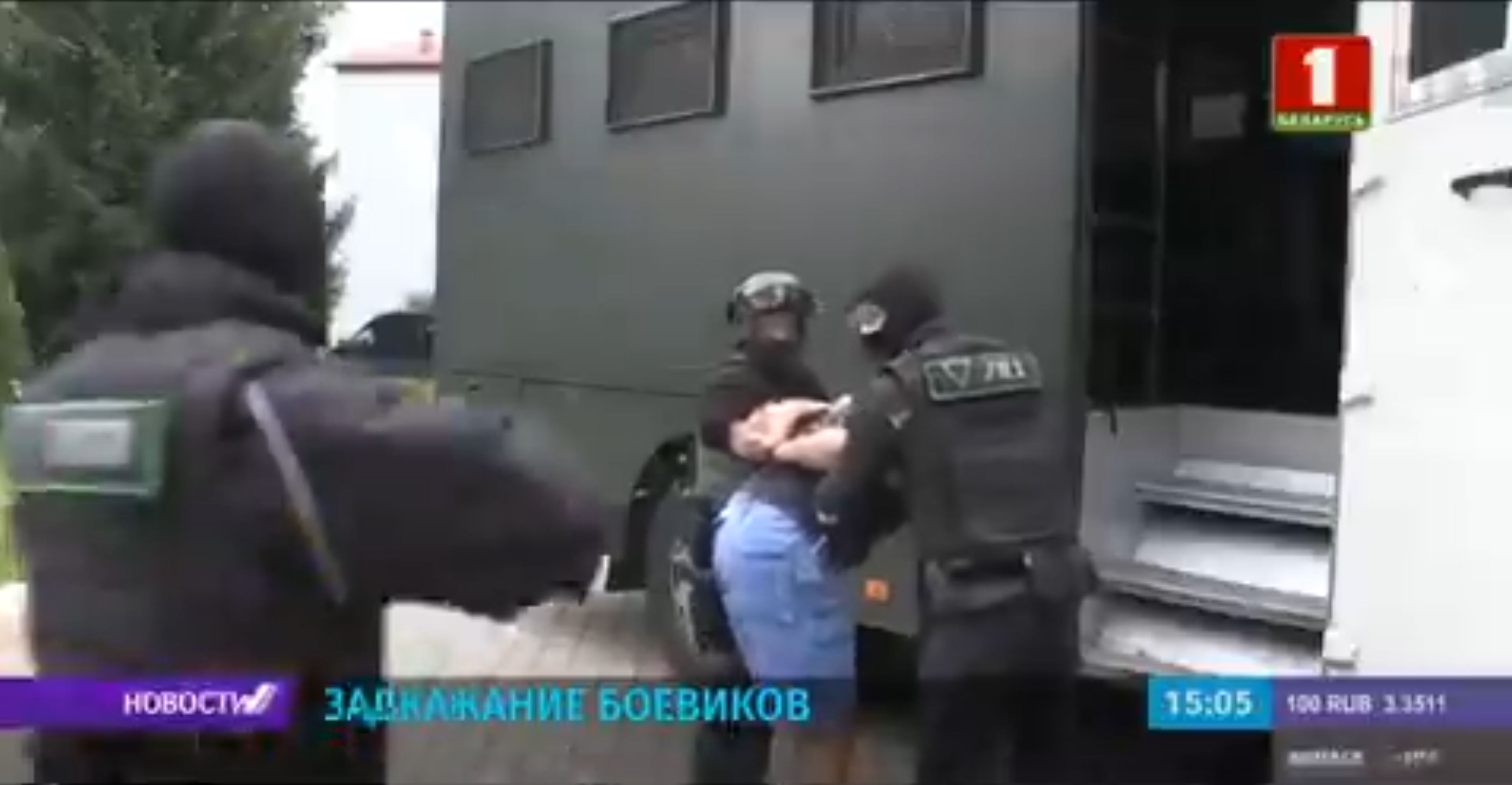 A Wagner soldier being arrested by Belarusian authorities. (Photo: screenshot, state TV channel Belarus 1).The state press agency Belta said that authorities were made aware of the fact that 200 soldiers of the Private Military Company (PMC) Warner had entered Belarus.

Financed by Yevgeniy Prigozhin, a catering tycoon close to Vladimir Putin, PMC Warner is suspected of fighting on behalf of the Russian government in Syria and in eastern Ukraine. It also is believed to conduct operations in a number of African countries.

The group of men that were arrested arrived in Minsk on July 24 and stayed in a hotel before moving to a nearby resort where they allegedly stood out by their military clothing and behavior.

Russian portal Mediazona and OCCRP’s partner RFE/RL’s Russian Services reported that the detainees were likely passing through Minsk on their way to Sudan, where Prigozhin is known to have interests. The outlets claim the men were to board a Belarusian military plane, implying that with their detention the government is putting on a show to try to discredit its opponents.

While Belarus President Alexander Lukashenko has called an “emergency” meeting of the Security Council, Russian officials denied attempting to influence the elections.

“Russia has never had any plans to destabilize the situation in Belarus and could not be in principle, in any case Belarus will remain our closest ally,” General Vladimir Jabarov, the head of the international committee of the Council of the Russian Federation, told Russian media RIA

The Belarusian Investigative Committee’s press department, on the other hand, connected the mercenaries to opposition leaders Sergei Tikhanovsky and Nikolai Statkevich, adding extra charges for preparation of mass riots to their records.

Belarus will hold presidential elections on August 9 and President Alexander Lukashenko, in office since 1994, faces serious threat to a sixth consecutive reelection despite a relentless persecution of the opposition.

Tikhanovsky’s wife, Svetlana Tikhanovskaya, has decided to run for office instead of her husband who was imprisoned in May after a pro-democracy protest. Tsikhanouskaya and her two female co-runners have sparked a wave of opposition to Lukashenko's authoritative regime that has translated into massive crowds attending their rallies.