After South African President Cyril Ramaphosa announced he would be holding the Police Minister responsible for the lack of rape kits in some police stations while the number of sexual crimes in the country was on the rise, the Minister blamed on Thursday corruption for the problem. 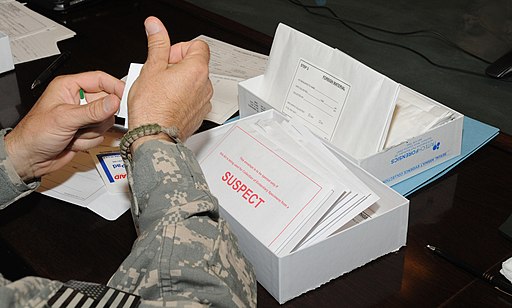 There is a massive shortage of rape kits in South Africa. (Photo: Sgt. Rebecca Linder, US Army)Speaking at the Police and Prisons Civil Rights Union conference in Durban,  Minister Bheki Cele cited corruption within the country’s Police Service (SAPS) for the shortage of special forensic equipment investigators use in sexual assault cases, The South African news outlet reported.

The kits contain tools for collecting evidence, such as DNA samples from victims in police stations across the country, making an effective investigation almost impossible.

According to the Times LIVE, the problem was raised with Ramaphosa by one of the country’s female MPs, Siviwe Gwarube, after her party concluded that the lack made police incompetent to deal with rape cases, according to a Democratic Alliance report.

According to the SAPS official crime figures, sexual offences have risen significantly.

In August, Minister Cele said that by October 14 police stations will be supplied with sufficient rape evidence collection kits but that did not happen, according to News24.

OCCRP reported two months ago that South African police are the most corrupt servants of the country.

“If we are to tackle corruption, and many other social ills like gender-based violence it is necessary that there be trust in the police,” said David Lewis, executive director of Corruption Watch.