Sergei Chemezov is the textbook definition of a “chekist” — a Kremlin insider from the military and intelligence establishment that runs Russia. Born in a small town along the Trans-Siberian Railway in the Irkutsk region of south-central Russia, his life is an archetypal story of success in Putin’s Russia.

After earning an economics degree in Irkutsk, Chemezov attended Russia’s Military Academy of the General Staff, where the best and the brightest are trained for the Russian military. He opted to join the KGB and, critically, ran a Soviet scientific and technology surveillance operation in East Germany in the 1980s. There, Chemezov met and befriended a young Vladimir Putin, who lived in the same apartment building.

A high-ranking general in the KGB, under Putin’s presidency he became a prominent businessman. In 2007, Putin appointed him CEO of state-owned Rostec, the largest tech and defense conglomerate in Russia. Putin continued to show appreciation for his old friend, awarding him the prestigious Order ”For Merit to the Fatherland” in 2017 and the title “Hero of Russia.”

Chemezov has portrayed his tastes as modest: “I am not hoarding. I don’t stash money in the corners. I have no yachts or planes,” he said in a 2019 interview with RBC, a Moscow-based business media outlet. “There is a nice big house where we live with our family. There is a large apartment. … I am not going to build palaces, and there is no such need. What I have is quite enough.”

But behind the scenes, Chemezov does appear to hoard, does seem to own a superyacht and does have a number of expensive homes and commercial properties — just not in his name and hidden behind offshores.

Chemezov’s family and relatives managed to amass over $400 million worth of listed assets during his rise to power, according to previous OCCRP reporting and new documents from the Pandora Papers, a massive leak to the International Consortium of Investigative Journalists of nearly 12 million documents from 14 offshore corporate service providers. Most are in the name of his stepdaughter.

Rostec’s press service did not answer questions from IStories reporters. 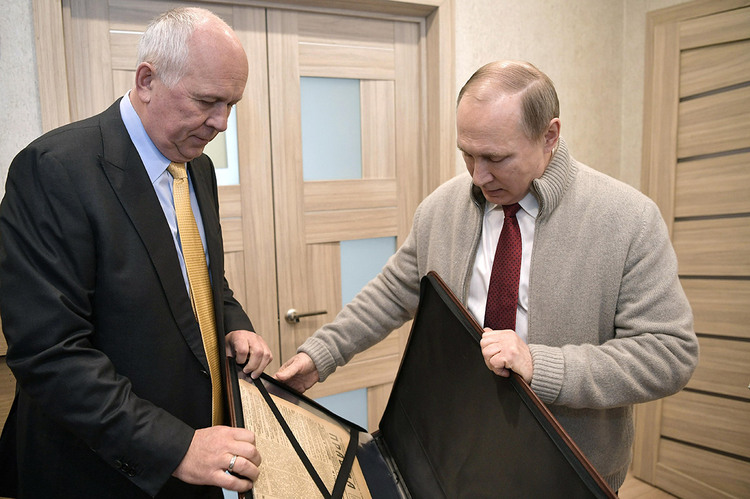 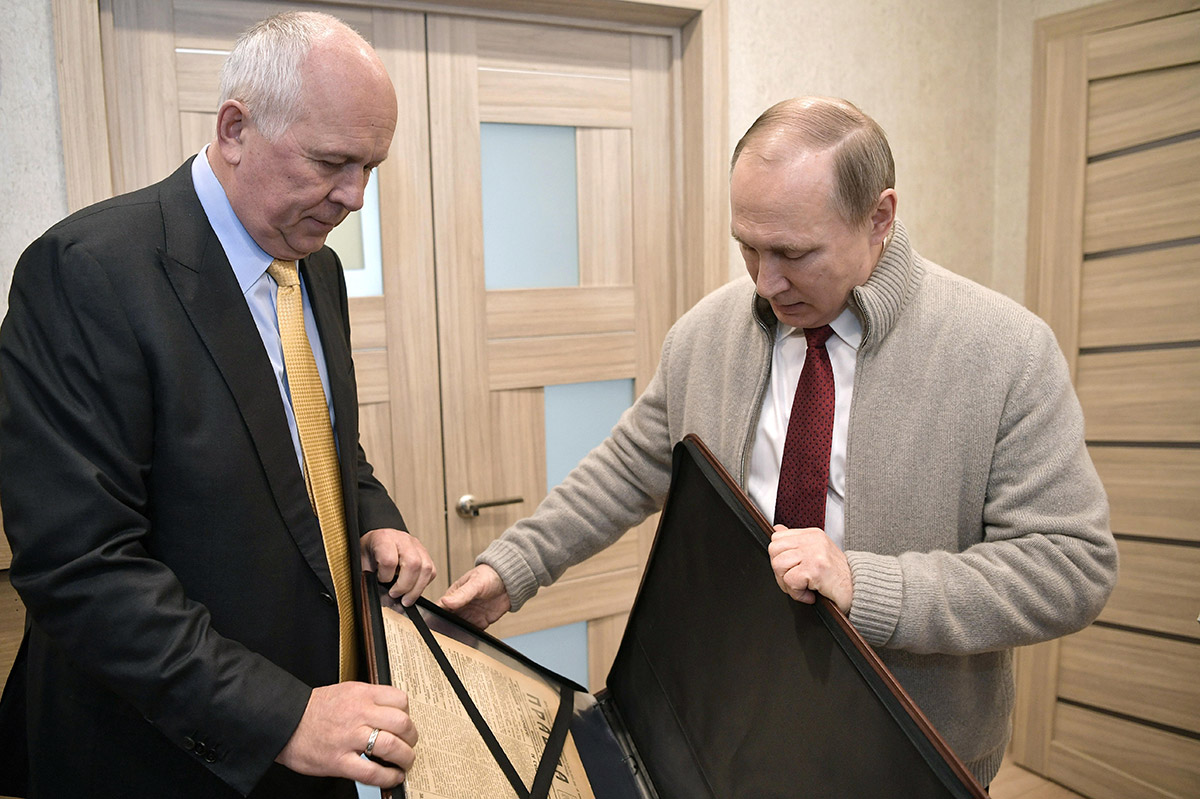 Formally, Chemezov does not own the “Valerie,” an 85-meter yacht worth about US$140 million (more than 10 billion rubles). Instead, it is owned by his 34-year-old stepdaughter Anastasia Ignatova through a British Virgin Islands company called Delima Services Limited. How Anastasia, a university teacher, was able to buy the yacht is not clear. The average monthly salary at her university is about US$2,200.

The Valerie was built in 2011 by the German shipyard Lürssen, whose high-end yachts are popular among Russian billionaires. The boat’s custom interior was designed by Reymond Langton, a U.K.-based design studio specialized in superyacht interiors. 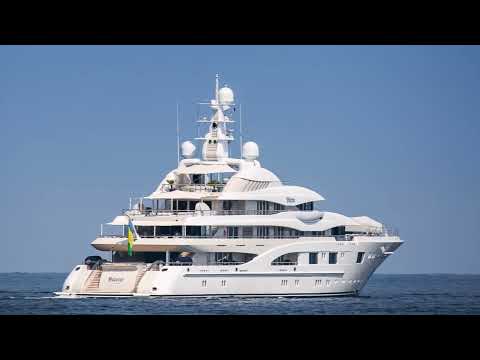 Images of the Valerie posted by a yacht enthusiast, who speculates about whether it might be owned by a wealthy Russian.

In the summer of 2021, the Valerie, flying the flag of Saint Vincent and the Grenadines, visited Monaco and Antibes, resort areas on the French Riviera. But Chemezov was likely not on board: In 2014, he was sanctioned over his long-standing ties to Putin and is now barred from entering the European Union. The sanctions decision also noted that Rostec subsidiaries had supported Russia’s annexation of the Crimean Peninsula.

Social media posts by Chemezov’s adult children show they have vacationed in Monaco and the Spanish island of Ibiza, not far from the Costa Brava, where Ignatova maintains a villa estimated in 2019 to be worth 15 million euros (almost 1.3 billion rubles).

Leaked documents show that members of Chemezov’s family controlled a network of offshore companies and other businesses.

Hollinger Investments Limited, with assets of nearly $60 million, described its activities as holding and investing in Moscow real estate.

Sightview, described as an “investment vehicle,” listed assets estimated to be worth more than $257 million. These included investments in Linkpoint and Delima, the company that owned the Valerie yacht. Starlake listed another $1 million in assets.

From 2006 to 2010, Elsamex was owned by Anastasia’s mother — Chemezov’s second wife, Ekaterina Ignatova, according to Pandora Papers documents.

According to the Russian business daily Vedomosti, Ekaterina also owned 5.1 percent of the oil and gas company Itera through Elsamex, which she bought in 2006 from the Troika Dialog investment bank, where Chemezov has previously said he was a client. In 2019, OCCRP published The Troika Laundromat, which showed how Troika Dialog built a network for moving money around the world that, among other things, was used to commit various financial crimes.

Vedomosti reported that Ekaterina later sold her stake to an unknown party and estimated its worth around $130 million. Itera is now owned by Russia’s largest oil producer, Rosneft.

The Pandora Papers show that Elsamex Enterprises Limited also owned a 20-percent stake in an offshore called Troika Real Estate Investors Limited, but the ultimate ownership of that company is unclear.

On paper, Ekaterina Ignatova has become one of the most financially successful wives of a high-ranking Russian official. On Chemezov’s last public asset declaration in 2019, for instance, he reported an annual income of $6.5 million, while Ekaterina’s was $24 million.

In the same document, the couple listed 48 commercial and residential buildings, plots of land, parking spaces, and other properties, likely worth tens of millions of dollars.

Another Chemezov family offshore, Penimar Holdings Limited, was linked to a real estate business in Ireland.

Penimar was owned jointly by Anastasia Ignatova and her 75-year-old grandmother, Lyudmila Rukavishnikova, according to Pandora Papers documents. The documents list Rukavishnikova’s occupation as “real estate agent” and Anastasia’s as either “businesswoman” or ”tutor.” The investment source is listed as their own income and savings.

In 2014, Penimar acquired Holytown Limited, a Dublin-based company with 8.5 million euros’ worth of “investment properties” on its balance sheet as of 2018.

The Irish firm’s assets include a property in Estepona near Marbella on Spain’s Costa del Sol. The more than 800-square-meter property, located in the town’s “New Golden Mile” stretch of luxury villas, was appraised at over $4.8 million, according to the Spanish bank BBVA. 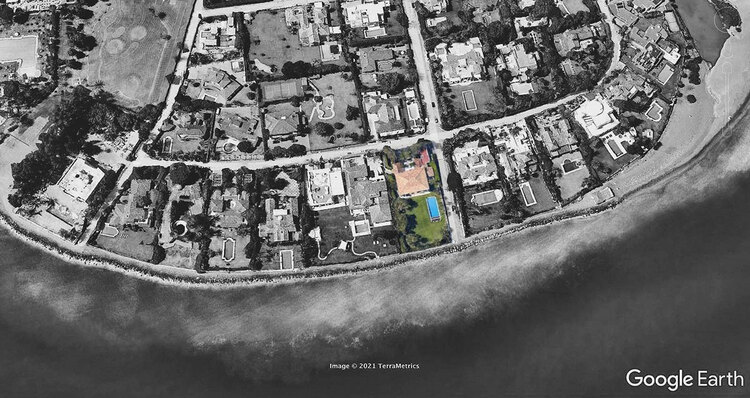 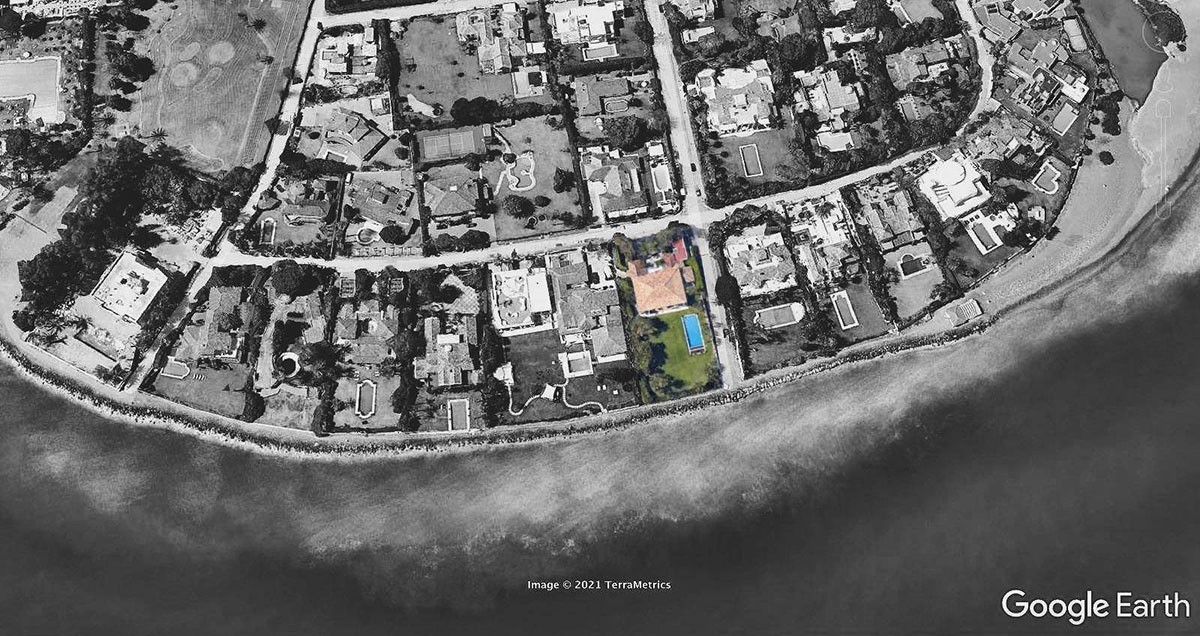 According to the registry, the villa was acquired by Holytown Limited in the summer of 1998. While the register does not say the company is Irish, OCCRP reviewed all companies named Holytown Limited around the world and found only the Irish company owned by the Chemezovs was around in 1998 and is still active.

The Chemezovs are familiar with the Marbella area. In 2013, Chemezov’s mother-in-law , Lyudmila Rukavishnikova, wrote on Facebook that she was visiting a restaurant in Marbella “with Oleg and Nastya,” probably referring to her husband and her granddaughter, Anastasia Ignatova. (“Nastya” is a common nickname for “Anastasia” in Russian.) In 2016, Chemezov’s youngest son, Sergei, also posted a photo from his vacation in Marbella on social media.

The Chemezov family was also linked to an unusual property on the Croatian island of Krk. In the early 1970s, Bob Guccione, founder of Penthouse Magazine, invested $45 million in the Haludovo Palace Hotel near the resort town of Malinska.

During its heyday, the hotel hosted the world’s rich and famous, but during the Yugoslav Wars it became a refugee shelter. It traded hands after the war until it was bought by a Kremlin insider, Ara Abramyan, in the 2000s.

In 2003, Ekaterina Ignatova became a co-owner. She held about 10 percent of the company that owned the property until 2009, when she reduced her share to 0.50 percent, which she transferred to her daughter’s Linkpoint Services in 2011.

The hotel still lies in ruins.

As a university lecturer, Anastasia Ignatova once taught a class on state corporations at her alma mater, the Moscow State Institute of International Relations. Outside her academic work, she has been more involved in the private sphere.

One of her companies, a real estate firm called AIS Development, owns a historic building in central Moscow with a listed value of around $1.95 million. The company regularly reports losses in its financial statements.

Another of Ignatova’s companies, Pharmapt, has fared better on paper, posting a net profit of $350,000 last year. Until 2019, Pharmapt held a share in businessman Alexander Vinokurov’s Mega Pharm pharmacy chain, whose pharmaceutical business is associated with Rostec.

Lyudmila Rukavishnikova also ran a business connected to Rostec. In 2019, OCCRP detailed how Rukavishnikova acquired shares in two companies that own property used by Rostec and its enterprises and rents out commercial space in central Moscow to a Rostec subsidiary.

After the details of the properties in Spain were reported in spring 2019, Sergei Chemezov said that his relatives were not living “on his support,” according to a statement from Rostec published by RBC, but later withdrawn on Rostec’s request.

They were themselves engaged in business, he said, and therefore they “receive a corresponding income.”