The Cypriot company, owned by Russian citizens, was a beneficiary in Russia’s biggest public fraud ever, involving the whistleblower Sergey Magnitsky, whose death in prison led to sweeping new anti-corruption laws in the United States.

The company agreed to pay nearly US$6 million to get out from under U.S. money laundering charges in 2017, only to see one of its attorneys accused of obstruction of justice and suspected of working for Russia to influence the 2016 U.S. presidential election.

Now, bank documents obtained by OCCRP and the International Consortium of Investigative Journalists as part of the FinCEN Files investigation indicate that Prevezon lies at the intersection of far more fraudulent activity than previously known.

The leaked documents include more than 2,100 Suspicious Activity Reports written by banks and other financial players and submitted to the U.S. Treasury Department’s Financial Crimes Enforcement Network. Some of the records were gathered as part of U.S. congressional committee investigations into Russian interference in the 2016 U.S. presidential election, while others were gathered following requests to FinCEN from law enforcement agencies.

Credit: Sipa USA via AP In this November 08, 2016 photo, Natalia Veselnitskaya speaks to journalists in Moscow.

Prevezon’s lawyers argued before a U.S. district court in 2017 that payments the company received from a firm in the British Virgin Islands, Reaton Ltd., showed their client was getting money from a legitimate source, not from fraud exposed by Magnitsky.

However, the lawyers failed to mention that Reaton itself was a conduit for funds from other frauds. Reaton Ltd. appears in the FinCEN Files in a Suspicious Activity Report filed in May 2014 by the Bank of New York Mellon, which flagged it and other companies involved in 304 wire transfers totaling nearly $204 million “that may have been involved in laundering of funds, which may have been the proceeds of Russian government corruption and embezzlement as well as Romanian organized crime.”

Also mentioned in the SAR is Nomirex Trading Ltd., a company used in large-scale fraud by a Vietnamese organized crime group to siphon more than $400 million out of Romania between 2006 and 2010.

Although the bank correctly identified some transactions that involved Reaton, it is not clear that it ever properly investigated the company. For the SAR, the bank used the results from a summary search in LexisNexis, a news and legal document aggregator, which pointed to a different company with the same name, based in Latvia.

In 2012, OCCRP, Novaya Gazeta, and Barron’s identified Prevezon Holdings as a beneficiary of money originating from one of the biggest thefts of public funds in Russia: a $230 million tax fraud revealed by Magnitsky, a Moscow accountant.

Russian authorities turned the tables, accusing Magnitsky of the fraud he had exposed. He died in prison from suspected abuse and lack of medical treatment.

In the wake of the exposé, U.S. prosecutors initiated a civil case against Prevezon because some of the company’s money was invested in Manhattan real estate, which authorities seized. The money laundering case was settled in 2017 after the company agreed to pay $5.9 million.

U.S. authorities later filed felony charges against one of Prevezon’s lawyers, Russian citizen Natalia Veselnitskaya, who was charged with obstruction of justice related to her work in the Prevezon money laundering case. This prosecution is ongoing in the U.S. District Court for the Southern District of New York.

The Russian lawyer had requested the sit-down at Trump Tower, claiming she had dirt on Trump’s presidential opponent, Hillary Clinton. Participants say she had nothing to offer, but the meeting came under scrutiny in the broader investigation of Russian attempts to interfere in the election.

According to her December 2018 indictment on obstruction of justice charges, Veselnitskaya worked in secret with a senior Russian prosecutor close to Putin to draft what should have been independent Russian official investigative findings on the origin of Prevezon’s money. 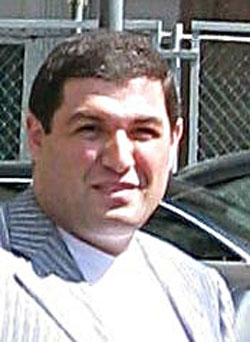 She used these documents to argue that Prevezon and shareholder Denis Katsyv, the son of a powerful Russian politician, were not involved in money laundering and had not received money from the fraud exposed by Magnitsky.

“Fabricating evidence — submitting false and deceptive declarations to a federal judge — in an attempt to affect the outcome of pending litigation not only undermines the integrity of the judicial process, but it threatens the ability of our courts and our Government to ensure that justice is done,” Geoffrey S. Berman, former acting U.S. Attorney for the Southern District of New York, said in regard to the charges against Veselnitskaya in a January 2019 statement.

Berman was fired by Trump in June. He is the second high-profile prosecutor dealing with the Prevezon case to be removed by the Trump administration, following the 2017 firing of Preet Bharara, the U.S. Attorney who filed the money laundering case against Prevezon.

Prevezon, Veselnitskaya, and Katsyv were featured in Special Counsel Robert Muller’s “Report On The Investigation Into Russian Interference In The 2016 Presidential Election.” The report detailed Veselnitskaya’s efforts to thwart the Magnitsky Act, a law named after the late whistleblower that authorizes the U.S. government to sanction human rights offenders by freezing their assets and banning them from obtaining U.S. visas.

The Intersection of Frauds

New evidence obtained by OCCRP shows that a few days after cashing in from the tax fraud scheme exposed by Magnitsky, Prevezon’s Swiss bank account received money from Reaton Ltd., a company linked to other high-level heists in Russia.

OCCRP has exposed several such schemes: The Proxy Platform, the Russian Laundromat, the Azerbaijani Laundromat, and the Troika Laundromat.

According to banking records from OCCRP’s Troika Laundromat data, Prevezon received more than $1 million from Reaton in eight installments between February 28 and March 20, 2008, all described as payments for “auto spare parts” that Prevezon, at least on paper, was selling to Reaton.

But Reaton, the Troika Laundromat records show, had a history of unusual dealings. Over the years, the British Virgin Islands firm shuffled more than hundreds of millions of dollars through its account at now-defunct Lithuanian bank Ukio alone. Most of the money went to unknown recipients. Some of it stemmed from fraud.

Over the years, Reaton Ltd. served as a conduit for hundreds of millions of dollars sent to various destinations. Although it was not part of what OCCRP has dubbed the Troika Laundromat — a network of companies set up by investment bank Troika Dialog that sent billions of rubles offshore — it did send millions of dollars to one of the Laundromat’s core firms, Industrial Trade Corp. Its name also pops up in a number of fraud cases.

SARC's Insurance Fraud
On February 29, 2008, Reaton sent $150,000 to Prevezon's Swiss UBS account — allegedly for auto parts. That very same day, Reaton received a large infusion of funds from a fraudulent insurance scheme.
Its account received $1.9 million marked as “for securities” from a Uruguayan company, South American Reinsurance Company S.A (SARC).
Headquartered near the Presidential Palace in the heart of Montevideo, Russian authorities allege that SARC was part of a massive capital flight and tax avoidance scheme orchestrated by Russian citizen Sergei Tikhomirov.
Tikhomirov’s own bank account in Lithuania also received millions of dollars from SARC.
He was accused of making false service contracts with multiple Russian insurance companies to justify receiving money that Russian authorities say was cycled through several accounts before he cashed it out or deposited it in foreign accounts. Some of the money ended up with other Troika Laundromat companies.
Tikhomirov could not be reached for comment.
The Glenic M Scheme
Confidential contracts obtained by OCCRP and Lithuanian partner 15min.lt show Reaton dealt with a company central to another large-scale fraud in Russia, dubbed the Glenic M scheme, which allowed wealthy Russians to avoid paying local taxes by sending money abroad.
Russian law enforcement explained the fraud scheme to Russian media, saying that money sent to Glenic M, ostensibly to buy foreign securities, was sent on to a Glenic bank account in Luxembourg and then returned to the foreign accounts of the customers.
In February 2006, Reaton signed a contract with Denatock Finance Inc., a company registered in the British Virgin Islands, for the alleged sale of 18 million Gazprom shares for US$140.5 million.
Gazprom is Russia’s flagship oil company. According to a letter attached to the contract, the payment was to be made or mediated by Global Energy Invest Company (Glenic S.A.), Glenic M’s vehicle incorporated in Luxembourg.
A contract attached to the deal shows that Denatock Finance and Glenic also agreed to buy 4 billion euros’ worth of American Depositary Receipts, promissory notes, and bonds in some of the largest Russian companies. This agreement may also have been used to justify the transfers in the Glenic M scheme.
Rather than being invested as described, the money was most likely transferred through the BVI and Luxembourg companies to avoid taxes.
Andrey Shmakov, the mastermind of the scheme and the spouse of a Russian Duma member, was a signatory of the 4-billion-euro contract between Denatock Finance and Glenic. In 2013 he was sentenced to 30 months in prison in Russia for tax evasion related to the Glenic M scheme.
A Similar Company and a Major Moscow Fraud
Reaton had an uncannily similar ownership structure to another company, Iduna Commerce Ltd., that was involved in the Sheremetyevo Moscow airport fuel fraud.
This scheme artificially inflated aviation fuel prices while depriving the Russian state of more than US$40 million in tax revenue and driving up air travel costs between 2003 and 2008. More than US$27 million was sent by companies involved in the fraud to Troika Laundromat accounts.
Iduna and Reaton were both owned by Cyprus-based Olemi Enterprises, and both had the same Belize company, Caledonian Enterprises, as a director.

Neither Veselnitskaya nor Katsyv responded to requests for comment on transfers from Reaton to Prevezon.

Receiving money from Reaton wasn’t Prevezon’s only activity in February 2008. Only days before receiving its first installment from Reaton, Prevezon took in money from the Magnitsky case, marked in bank records as payments for “sunitary [sic] equipment.” It was sent by Bunicon-Impex SRL, a Moldovan company that received money from the fraud and ended up being central to the initial U.S. prosecution of Prevezon.

Credit: OCCRP How the Magnitsky money left Russia, flowed through Moldova, and ended up, in part, with Prevezon.

Prevezon owner Katsyv told OCCRP in 2012 that he only became a shareholder in April 2009 and had nothing to do with any Moldovan money.

However, records from the Cyprus commercial registry show he already owned shares in June 2008, a few months after the transfers. Timofei Krit, Prevezon’s sole shareholder at the time of the transfers, was Katsyv’s business partner and the director of Prevezon.

Asked by OCCRP in 2013 for comment on the Bunicon transfers, Prevezon representatives contradicted the explanation of the transaction listed in the bank documents, saying, “Prevezon has at no time had any direct commercial relations with Bunicon.”

The company offered an alternate explanation, claiming that the money had been sent to Prevezon by an investor who, in turn, was owed money by a third party named “Mr. Kim” who planned to pay him through Bunicon.

OCCRP was unable to confirm the explanation or establish the existence of a “Mr. Kim.”