Serbian businessmen are well represented in the records of Mossack Fonseca, a firm based in the offshore tax haven of Panama that helps clients worldwide avoid scrutiny and taxes.

Details about their activities are buried in the Panama Papers, a trove of Mossack Fonseca’s internal data obtained by the German newspaper Süddeutsche Zeitung and shared by the International Consortium of Investigative Journalists (ICIJ) with the Organized Crime and Corruption Reporting Project and more than 100 media partners from 76 countries.

One of those partners is KRIK.rs, an OCCRP partner based in Belgrade. Reporters from KRIK spent months poring over the Mossack Fonseca data to unearth the stories that various Serbian individuals went to a lot of trouble to conceal.

The following is a list of the major names contained in the database, with a summary of their activities. In the coming weeks KRIK will publish stories that show in greater detail just what some of these businessman were up to.

In 2003, when Mali worked for Serbia’s privatization agency, he helped his father and Delić to privatize Bratstvo, a producer of railway equipment. The company eventually went bankrupt and workers lost their jobs. He was under investigation by the Serbian authorities, but the prosecutor dropped criminal charges. Delić pledged assets of the privatized company so his Cypriot company Unibros could raise a loan of about EUR 3.7 million (US $4.1 million). 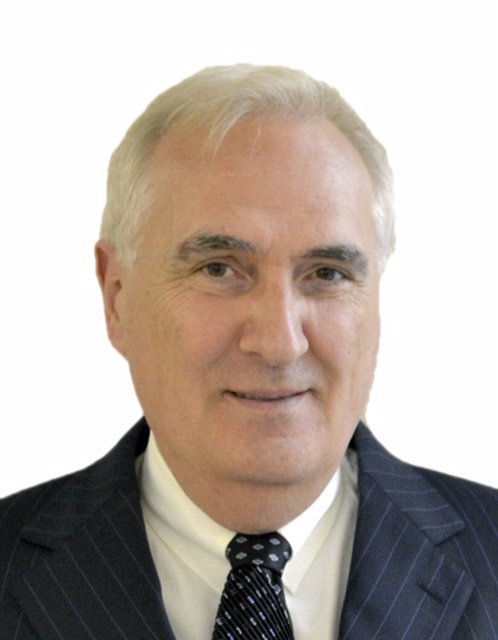 According to Mossack Fonseca records, Delić is now back in the game, establishing two companies in the United Arab Emirates (UAE) in 2014 and 2015. Through one of them he owns a Panamanian company that deals with trans-oceanic shipping.

The controversial mayor of Belgrade Siniša Mali did not use Mossack Fonseca for the firms he has previously registered, but rather another offshore services provider.

Journalists from KRIK, however, found that Mali worked with Mark Harrison, a representative of Mossack Fonseca in Serbia, more than ten years ago. At that time Mali worked for Agency for Privatization and Harrison was hired by the agency as a consultant in the privatization of the fuel company Beopetrol. Beopetrol was sold to Russian Lukoil, in a transaction the Anticorruption council called corrupt.

According to documents from Mossack Fonseca, KRIK’s discovery seemed to upset Harrison.

A week after KRIK published a story on Mali, he sent an email to the headquarters of Mossack Fonseca and asked about the companies in which he was director. He insisted that he be immediately answered.

Harrison notes that Mali was appointed director of offshore companies Brigham Holding & Finance Inc and Etham Invest & Finance Corp. during July and August 2011 and asked for the current status of these companies. The two companies were used to buy controversial apartments on the Bulgarian coast.

The agency responded that Siniša Mali is not their client and that they do not have access to documentation because Mali used Trident Trust Company to register his companies. The Panamanian database also shows that businessman Igor Szabo, who for the last decade has been investigated for various financial crimes, has been using the services of Mossack Fonseca to set up webs of offshores since early 2000s.

Prosecutors say Szabo used his companies to drain money out of privatized companies. He was charged for the abuse of power in the Azotara case, and he also closely cooperated with Zoran Ćopić, who was convicted in Bosnia and Herzegovina of laundering cocaine profits for the Darko Sarić’s gang.

Mossack Fonseca agents, according to their internal email communications, knew about Szabo’s alleged involvement in crime. The Panamanian firms due-diligence department turned up an OCCRP article detailing the criminal charges facing Szabo. That was seemingly no problem for the agents, who decided to continue working with him after he provided a power of attorney to a woman employee.

Szabo told the reporters of KRIK’s that he did not own the companies established with “Mossack Fonesca,” but that he was merely a representative. He explained that they were set up to commercialize artificial fertilizers with Slovakia and South Africa, but did not have any business in Serbia.

Some big names show up in the Mossack Fonseca database, which reveals some new details about an old case from the 1990s, when dictator Slobodan Milošević and his associates used offshore companies to steal more than a billion deutsche marks from Serbia.

The newly released documents reveal that Serbian businessmen Zoran Drakulić was the attorney for a company which controlled another company through which part of the stolen money disappeared.

Vuk Hamović, a energy broker in the Balkans, cooperated with Drakulić in another business deal, the offshore records show. 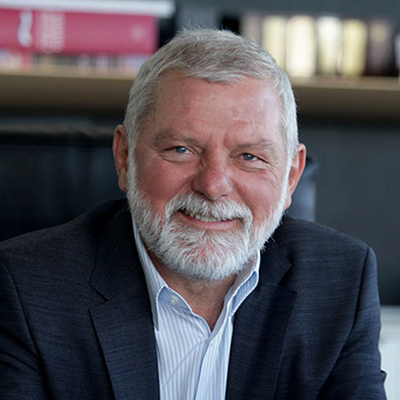 Slobodan Anđić, an alleged close friend of Milošević, in 2012 became the director of an offshore company registered in BVI.

Businessman Vojin Lazarević also appears in the database. His Serbian company, Rudnap Group AD, established a company called Giralia Resources Limited in 2007 in the Seychelles tax haven, but it is unknown what this company does.

Srđan Šaper, a major player in Serbia’s advertising business, has been called one of Serbia’s most powerful media executives by the Blic news organization. The Mossack Fonseca documents indicate he used offshore companies to send about € 3 million out of Serbia which he earned by selling advertising space on the biggest Serbian TV channels, RTS and PINK. The database details how this was managed. 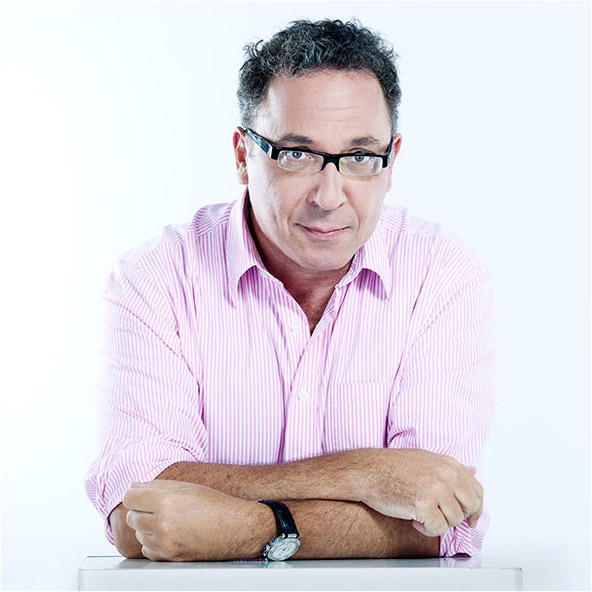 Srđan Šaper
One of Serbia's most powerful media executives

Russian interests in Serbia can be seen in financial transactions hidden behind offshores. Behind a web of companies, Serbian businessman Milan Popović formed a partnership with a Russian tycoon close to Putin, Konstantin Malofeev. 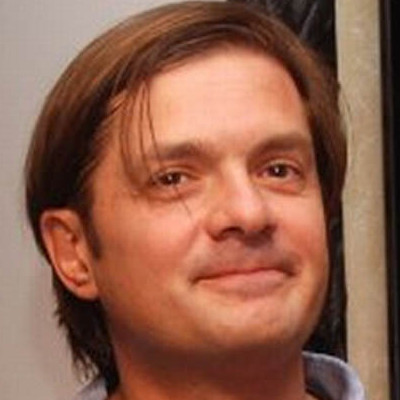 Both Malofeev and Rotenberg’s father, Arkadiy Rotenberg (a close friend to Putin and the largest state contractor in Russia), are listed on the European Union (EU) sanction list. The database also contains other examples of Russians buying companies in Serbia behind offshores.

Filip Zepter, one of Serbia’s wealthiest businessmen, shows up in the database. He cooperated with Alain Bionda, a lawyer and oil trader from Switzerland. Bionda, according to a United Nations report, was involved in illegal oil transactions with Iraq. Bionda was in contact with Mossack Fonseca office to set up offshore companies for Zepter and also served as director in some Zepter companies. Zepter had companies in BVI, Panama and Cyprus. 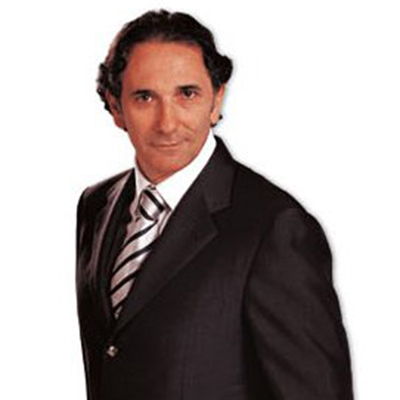 Miodrag Kostić, a top Serbian businessman engaged in agriculture and banking, appears in the database as participating in the transfer of €368.000 (US $510,000) between two offshore companies in 2008. One of those companies held shares in AIK bank, which Kostić controls. 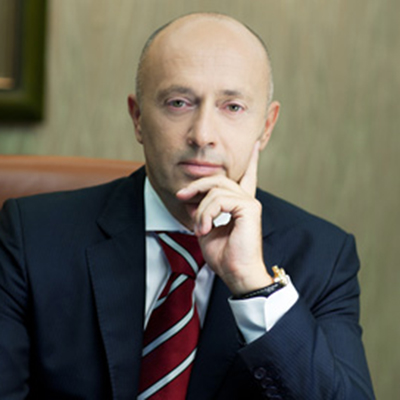 Predrag Lučić, who owns Serbia’s Lučić Invest and Panonka AD, also appears in the database. He founded two offshore companies, in the Seychelles, LP Line Investment and Bluering Ltd. There are no details on what these companies do. Lučić told reporters of KRIK’s that these two companies didn’t do any business. He established them with the intention to invest in Africa, but he changed his mind because Africa was not yet a safe to invest.

Pilots Slobodan Stričević and Đorđe Jovanović, who are linked to cigarette smuggling in Montenegro and Italy, in 2009 established an offshore company, DSP Jet Co Ltd. in the Seychelles. The purpose of this company is unknown. Stričević and Jovanović also own the Serbian airtaxi company Prince Aviation, which is listed in an Italian indictment as one of the companies used for transfering profits from cigarette smuggling by Italian organized crime groups with protection from Montenegrin state officials.

A second pilot in the database is Vladimir Banjac, who formerly flew for the state-owned company JAT and who performed several emergency landings and was dubbed a hero by Serbian media. Banjac and and his business partner established an offshore company named Nanoinspekt Solutions Limited in the Seychelles in November of 2014. Just few months earlier, their Belgrade-based company with the similar name won a tender, making it the only company in Serbia with a license to make sure fuel comes from a legal supplier. The database shows that the Serbian steel plant Železara Smederevo signed a contract in 2013 with a BVI company that was controlled by a group of Ukrainians who were investigated by the BVI financial agency for money laundering and suspected in Ukraine of smuggling coal.

In 2014 Ljiljana Mišković, the wife of Serbian businessman Miroslav Mišković, used a middleman to ask Mossack Fonseca agents to establish an offshore company for her, intended to deal with low-risk investments..

Database records indicate that Serbian fashion designer Roksanda Ilinić, whose creations are worn by US First Lady Michelle Obama and Dutchess of Cambridge Kate Middleton owned an offshore company called Greenland Property Limited, which partialy owns a company in Serbia which was used to sell computers to state agencies and later consulting.

Also in the Mossack Fonseca files is a businessman from Jordan, Abdrabou Yousef Shaker Dahlan, who is the brother of Muhamed Dahlan, a Palestinian who holds a Serbian passport and is close to Serbia’s prime minister. Abdrabou established the offshore company, Al Yasmeen Company Limited in 2011, with his wife in the BVI to carry out asset management in the United Kingdom.

Nandi Ahuja, an Indian businessman and organizer of fancy parties in London who does business in Serbia, also appears in the database. He is a member of the supervisory board of one of the best-known Serbian agricultural companies, the Victoria Group. The leaked docments show that he also co-owns an offshore company in the Bahamas, but it is not clear what its purpose is.