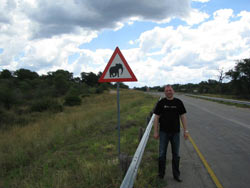 Igor Sabo, charged with ex-Minister of Agriculture Saša Dragin with profiting from fertilizer sales in the Azotara case, has a long history of controversial economic and privatization deals.

Serbian officials should not have been surprised last year when their business dealings with businessman Igor Sabo ended badly.

Sabo was indicted last May along with former Minister of Agriculture Saša Dragin and 19 others in a fertilizer-selling scheme that prosecutors say cheated the publicly owned firm Azotara of €9 million (US$12 million). Records show he has a questionable history dating back more than a decade that should have discouraged state officials from doing business with him.

Investigators for the Center for Investigative Reporting in Serbia (CINS) and the Organized Crime and Corruption Reporting Project (OCCRP) have learned that since 2003, criminal charges have been filed against Sabo in a variety of cases, including illegally privatizing a company called Zvezda, evading taxes, and other alleged economic misdeeds.

And the Azotara case is not the only one in which he is currently embroiled. Sabo was arrested this past Christmas (2013) in the northern Serbian town of Sremska Mitrovica, where some of his businesses are located. Serbian investigative authorities say he was arrested with six others in his capacity as director of the company Agroseme Invest, accused of working with employees of the military institution Morović to defraud Morović of about €140,000 (US$190,000).

Sabo also appears to be linked to at least one serious crime figure.

Reporters for CINS have discovered that Sabo and Mihailo Grujić, the deputy director of Azotara who is also under indictment, are business partners with Zoran Ćopić, a controversial Serbian-Bosnian businessman currently on trial in Bosnia and Herzegovina (BIH) for laundering money for alleged drug kingpin Darko Šarić.

There is, however, no evidence linking Ćopić to the Azotara Affair. 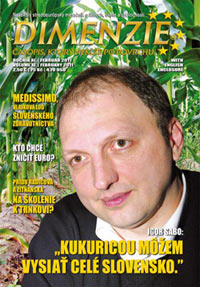 In an interview for the Slovak magazine Dimenzie in 2011, Igor Sabo said that he cooperates with companies from France, Germany, Denmark and Italy

Prosecutors say the Azotara case involves the illegal sale of mineral fertilizer manufactured by Azotara in Pančevo. Here’s how they say the scheme worked:

Agricultural cooperatives and others whose main business was growing crops were entitled to significant discounts on the Azotara fertilizer. A group of conspirators worked together to divert subsidized fertilizer to companies that did not qualify for the lower prices, and the participants shared the illegal proceeds.

And the money was significant: prosecutors say taxpayers were defrauded of approximately €9 million (US$12 million).

Those indicted include Dragin, the former agriculture minister; the Azotara managers; the owners of the firms buying the fertilizer; and a consultant for Azotara, Zvonimir Nikezić.

Reporters for CINS were unable to talk to Dragin. His lawyers said he is under house arrest and a gag order. Reporters met with Sabo in Sremska Mitrovica, where he owns the company Cosun Seed, but he would not answer questions on the record. Grujić directed reporters to his lawyer, who has advised his client not to talk to reporters about Azotara due to the ongoing trial.

A Lucrative Partnership with the State 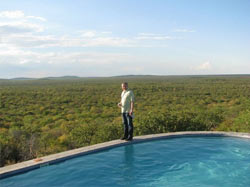 Igor Sabo standing next to a pool with a large expanse of low-growing vegetation in the background in Africa (photo: facebook)

Nikezić is a Serbian businessman who has worked as a consultant for 35 years and has a number of business ties to former Prime Minister Mirko Cvetković. Research by CINS reporters in 2012 established that the state paid about €5 million (US$6.75 million) to Serbian companies owned by the Nikezić family during the previous decade.

Between May of 2009 and August of 2011, Nikezić was a consultant with Azotara. Prosecutors say his job was help Azotara management find buyers for the fertilizer.

They say Grujić was also purchasing fertilizer at subsidized rates through his company, Agro & Migs, and then delivering it to other companies which did not qualify for the low price.

The indictment says that Sabo, as director of Agroseme Invest, did not qualify for the subsidized rate but took advantage of it anyway in November of 2010, when Agroseme bought 209 tons of fertilizer for a profit of €20,000 (US$27,000).

Prosecutors say that Dragin, when interrogated, denied he committed a crime or that he knew Grujić and Sabo, although he had previous dealings with Nikezić at Azotara.

A month before his last arrest Sabo was in Ukraine, where he was working with local agricultural company Agrosem

Sabo’s history with law enforcement dates back to 2003, when he was charged with taking money from the privatized trading company Zvezda in Novi Sad and with laundering that money by buying the company Agroseme in Sremska Mitrovica. Sabo still holds shares in Agroseme today.

Prosecutors say Dušan Đermanović and Antun Kaić, members of the League of Social Democrats of Vojvodina (LSV) at that time, helped in this scheme. Kaić was in the leadership of the party, and a member of the Federal Parliament.

Party officials confirm their membership, but note that Đermanović was expelled from the party in 2003 because of the Zvezda case.

“The LSV among its members will not suffer thieves and liars or anyone who in such way stamps on and makes dirty everything that thousands of LSV members have been doing for their country,” the party wrote in a statement to CINS dated 20 Nov. 2013.

The Zvezda scheme was complicated according to information from prosecutors:

A group headed by then-director Jovan Dujović transferred €438,660 (US$592,673) from Zvezda to an offshore account registered to the Biltline Investment Corp. and Konet LTD on the Marshall Islands. The group then extracted money from Zvezda using fake contracts and invoices, which they later used to buy stock in Agroseme. Đermanović represented the two phantom companies.

Although they were indicted in 2003, the trial in this case is still ongoing.

Sabo participated with Đermanović and Kaić in one more privatization effort. They purchased Crvena Zvezda, a Sombor manufacturer of leather products, in 2002. The sale was later cancelled by the Privatization Agency because the buyers did not fulfill their obligations.

In addition to court proceedings against Sabo for abuse in the Zvezda privatization, his alleged participation in the Azotara affair and his most recent arrest at Christmas, CINS has discovered that police raised three more criminal charges against Sabo for abuse of official functions and abuse of powers in economy since 2003. Among these were attempted tax evasion in 2011.

Mihailo Grujić, the deputy director of the state-owned company Azotara, was charged with fraud in May 2013 for his role in selling the company's fertilizer

Both Sabo and Grujić had business ties with Zoran Ćopić in 2006, records show.

Ćopić is a businessman who holds dual citizenship in Serbia and BiH and who has participated in numerous privatizations in those two countries, mainly in partnership with members of the Stanaj family of Albania. Anton Stanaj was sentenced for organizing cigarette smuggling in 2011 before being killed in Sudan last year.

In 2009, Ćopić tried to sell his agricultural firm Mitrosrem for €29 million (US$39 million) to fugitive drug lord Darko Šarić, who was charged in 2010 with smuggling several tons of cocaine. The Mitrosrem sale was never finalized because Šarić disappeared and Ćopić was arrested in BiH in 2011 and indicted for laundering cocaine money.

In 2011, a week before his arrest, Ćopić told CINS/CIN reporters that he sold the company to Šarić, but he explained that he was not responsible for money laundering and that the charges were framed so that others could take over ownership of his companies. Read more about it here.

Documents show that Sabo became a Ćopić associate in 2006. Ćopić, in one court case, described Sabo as his friend.

In June 2006, Ćopić took over management of Agrocoop, a Serbian company he used to buy stocks in other Serbian companies. That same year Sabo was elected a member of the company’s steering board.

Documents show that in 2006, Agrocoop and DSD Tobacco – another Ćopić company--guaranteed a loan of around €850,000 (US$1.1 million) to the consortium which purchased Agroseme, in which Sabo, Đermanović and Kaić were all involved.

Later that year Sabo and Ćopić cooperated again when Mitrosrem was purchased. To make sure that nobody else would buy this company, Ćopić participated in the tender with two consortiums – in one his partner was Sabo, and in the other, Grujić.

“I did a small villainy and entered (a bid) with two companies, to increase my chances, to have two prices – and to succeed with either one of them,’’ said Ćopić in an interview two years ago.

Mitrosrem was purchased for slightly more than €15 million (US$20.2 million) by the consortium which included Ćopić’s DSD Tobacco and Grujić’s Finam Skin.

Grujić: from consortium to indictment

The state-owned company Azotara in Pančevo, whose fertilizer was sold in violation of government regulations  (photo: hip-azotara.rs)

Sabo also brought two of his friends together. Ćopić met Grujić by chance, as he explained to the court in another case. Sabo was the connection – he asked Grujić to help Ćopić bid to purchase Mitrosrem.

Sabo explained in that court proceeding that Grujić and Ćopić, although partners in privatization, at that time did not communicate with each other, and that all communication went through him.

In October 2010, police arrested Grujić, Ćopić and three others, charging them with participating in the illegal sale of the IKL building in the center of Belgrade.

According to the investigation, the loan contract states that Ćopić’s company Agrocoop paid €9.2 million (US$12.4 million) to the account of Grujić’s Finam Skin. According to the Prosecutor’s Office, that money originated from the illegal sale of the Belgrade building.

Ćopić, in the 2011 interview with CINS/OCCRP, denied wrongdoing and said he had invested at least €4.5 million (US$6 million) in the company before the building was sold. He said he transferred the proceeds from its sale to Agrocoop because it was the only way to recoup his investment.

“I’m the only one who gave money to the IKL for salaries, severance payments, retiring a mortgage, all possibilities…” he said then.

This case is also still ongoing.