The findings of this story are based on corporate records that are current as of 2019 in the case of Toni’s Luxembourg companies, and 2018 in the case of his investment fund.

Sergey Toni’s properties, which he holds through seven companies registered in the tiny European country, include a 19th-century neo-Gothic palace near Paris; an apartment between the Louvre and the Arc de Triomphe; two villas on the French Riviera; three houses, three apartments, a villa, and land on Spain’s Mediterranean coast; a depot in Germany; and even, apparently, a hotel in Switzerland.

An investment fund registered in Luxembourg — of which Toni is registered as a director — holds an additional 40 million euros of commercial real estate that almost all once belonged to his family, as well as 60 million euros in other assets. The fund’s current owners are unknown, as is any other role the Toni family may play in its investments.

Because Luxembourg records show only a company’s current owner, it is unknown when Toni became associated with these companies and their assets. He was just 15 years old when the first of the properties were purchased. The virtually unknown Toni, who does not have a visible internet presence, did not respond to questions about how he came to possess such wealth. 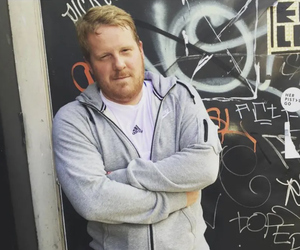 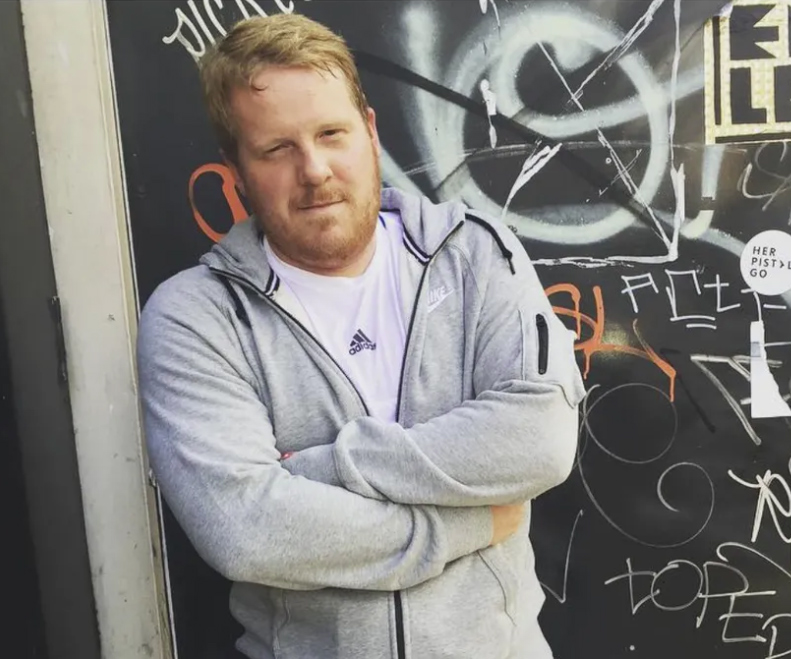 But his great fortune may have something to do with the fact that his father, Oleg Toni, is a deputy managing director of Russian Railways.

The state monopoly, one of the largest transport companies in the world, is also Russia’s largest employer, with over 700,000 workers and net profits of $829 million. But this pillar of Russian state capitalism is famously corrupt.

In 2014, for example, Reuters reported that Russian Railways granted contracts worth hundreds of millions of dollars to shell companies allegedly controlled by an old friend and “unpaid adviser” of its longtime head, Vladimir Yakunin.

Yakunin and the elder Toni appear to have had a warm relationship. The Russian Railways boss contributed an introduction to a book Toni wrote about “the fate of modern Russia.” Yakunin also wrote a laudatory blog post (since deleted) in which he praised his subordinate for his work on the 2014 Winter Olympics.

Novaya Gazeta and OCCRP found that Yakunin’s friend’s son earned millions as an intermediary between Russian Railways and Bombardier, the international transport giant. He also received millions of uncertain origin through a money laundering scheme known as the Russian Laundromat.
Read more

“Toni was the key leader who organized the construction of all of Russian Railways’ Olympic facilities in Sochi,” Yakunin wrote. “Building what we built in just five years from nothing — few could shoulder it.”

In 2010, it was reported two of Toni’s former business partners at a private construction firm received massive contracts from Russian Railways to build Olympics facilities. At the time, Russian Railways said no laws had been violated. Toni did not respond to OCCRP’s questions about this possible conflict of interest.

No specific evidence has emerged linking the Toni family’s real estate to any illicit activity at Russian Railways. But the opaque corporate structures used to acquire the properties, their registration, en masse, to the younger Toni, and the mysterious origins of much of the financing raise questions about what may be happening behind the scenes.

Flats and Villas, Villas and Flats

In total, the Tonis acquired about 7 million euros’ worth of property in 2003 and 2004, the year Oleg Toni joined Russian Railways.

Among their earliest possessions is their most extravagant: the Chateau de Montapot near Paris.

This three-story neo-Gothic palace, built in 1850, has a total area of ​​990 square meters and 19 bedrooms. The house has an office with a fireplace, a dining room, a billiard room, and two more living rooms with fireplaces. 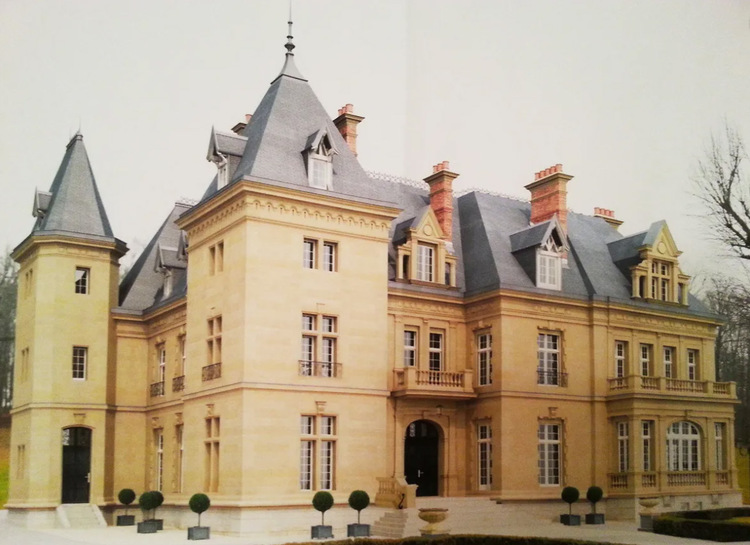 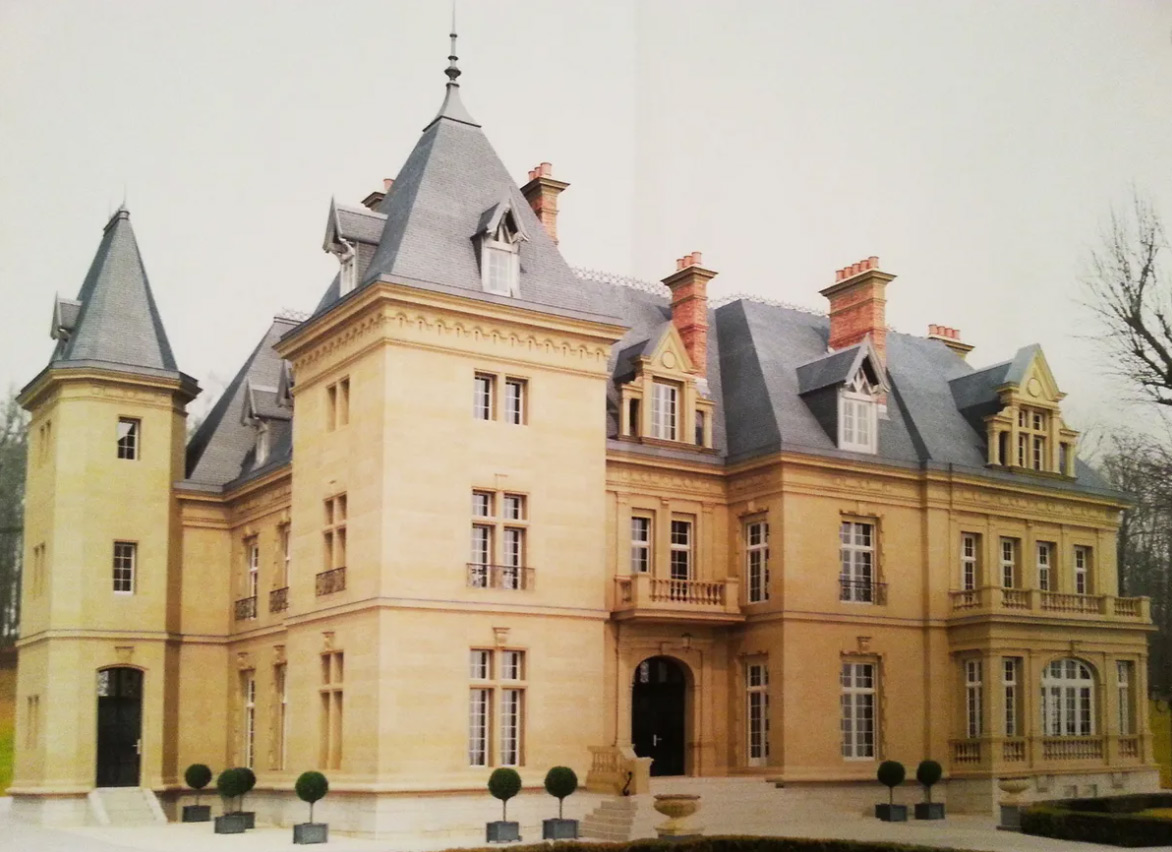 Тhe property was bought in 2003 by a company registered in the British Virgin Islands whose owners cannot be identified, but whose director was Irina Toni, the elder Toni’s wife and Sergei’s mother. Several years later, the BVI company gave this property to one of the seven Luxembourg companies that now belong to the young Sergey Toni. At the time of purchase, an independent appraiser estimated the palace’s value at 2.5 million euros. 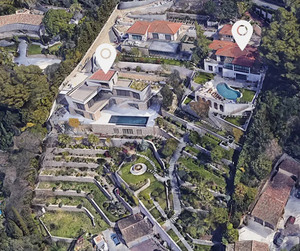 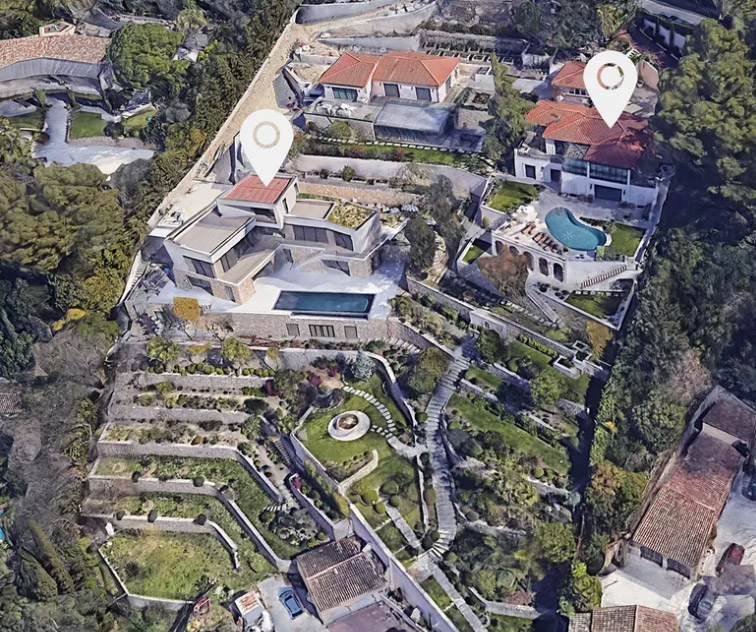 The same scheme was used to acquire three other French properties: A Paris apartment on the glamorous Rue du Faubourg just a quick walk from the Elysee Palace; a small house in the fashionable village of Mougins; and a 3-million-euro villa in the French Riviera town of Le Cannet. By 2007, the value of this last purchase had risen to 4.6 million euros, suggesting that the family had invested further funds to improve it.

In 2011, the Tonis also bought a second villa in Le Cannet, next door to their first. 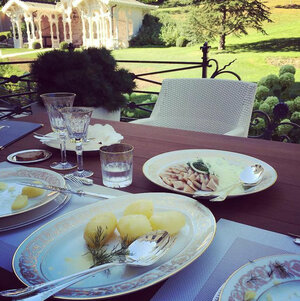 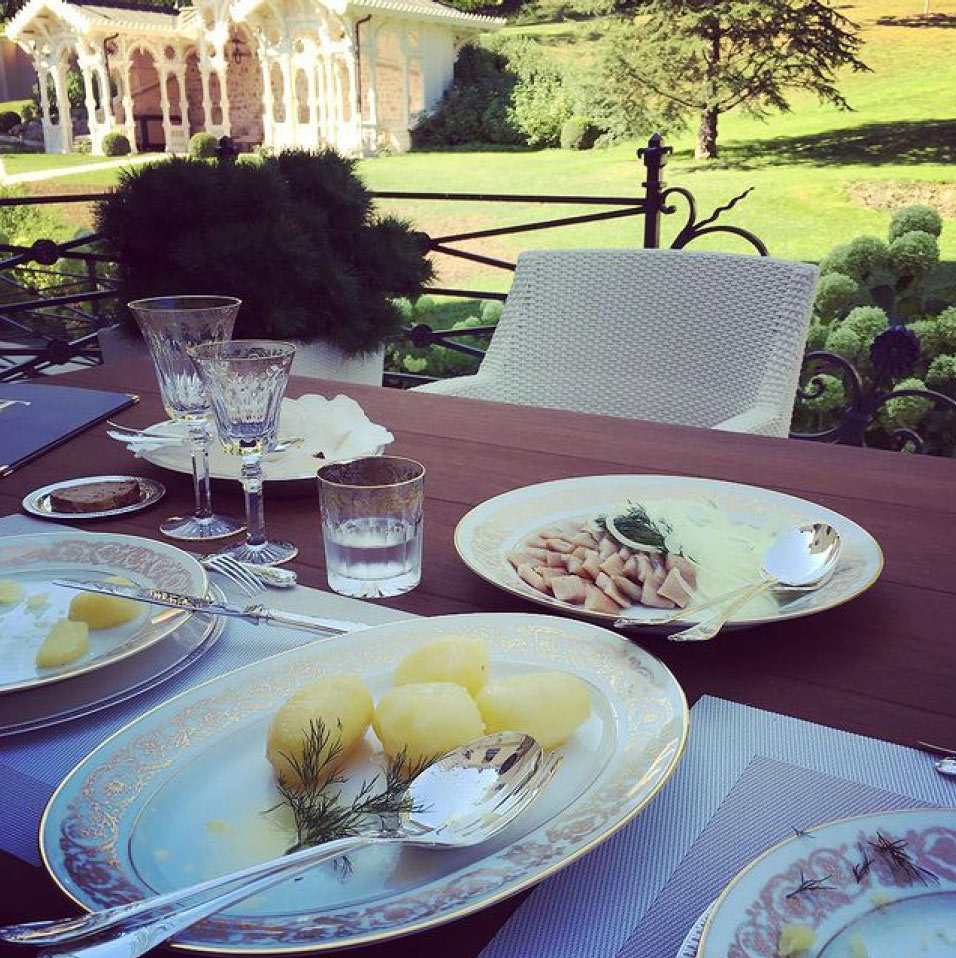 Credit: Instagram/Hanushka Toni The Tonis' Russian lunch, served on the lawn of their French chateau.

At least one of these French properties appears to be used by the Tonis themselves: A photograph posted on Instagram by Toni’s wife in 2016 shows a Russian-style lunch being served in the yard of the Chateau de Montapot: potato, herring, and raw onion garnished with a sprig of dill. (Her Instagram page was made private shortly after a version of this story was published in Russian.)

It is unknown whether the family uses the other properties personally. They do not appear on popular rental sites such as Airbnb or booking.com, and Google Maps images show no indication that they are being rented out. The accounts of Lansan Investments, the Luxembourg company that owns them, show steadily accumulating debt, suggesting that the properties do not bring in any income.

Meanwhile, the family moved on to Spain, establishing a separate Luxembourg company, Romal SA, for this purpose. Between 2010 and 2018, Romal purchased a villa, three apartments, three houses, and land in the province of Alicante worth a total of 7.4 million euros. It also registered the right to use a spot in the city’s port. Judging by company records, these properties also bring in no income.

The Toni family used a third Luxembourg-registered company, Slova SA, for commercial real estate investments. Between 2012 and 2013, this firm acquired three properties worth 24 million euros: the Hotel Courtyard Seestern by Mariott in Dusseldorf, the Crowne Plaza Hotel in Maastricht, and a shopping center called Porte di Moncalieri near Turin. 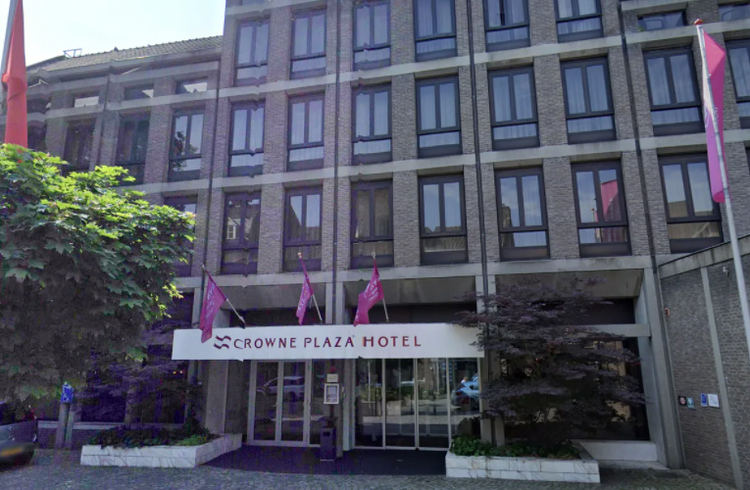 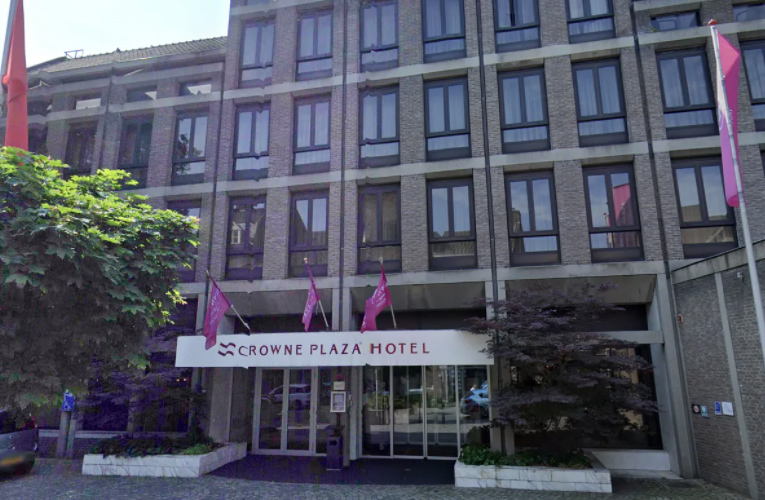 Over the next years, however, the young Sergey Toni sold these assets to an investment fund that was registered in Luxembourg in 2014. The fund The UFG Global Hospitality Real Estate Fund. is managed by United Financial Group, a wealth management company working in the Russian market since 2005. By the end of 2018, its Luxembourg affiliate had collected assets around Europe worth 100 million euros, of which about 40 million represent real estate formerly owned by or connected to the Toni family.

The names of the fund’s investors are unknown, but Sergey Toni is one of its directors. Neither he nor his father responded when asked about the nature of their involvement. The fund paid out 58 million euros in dividends in 2018 and 2019.

These properties represent just a portion of a business empire that now belongs to the 33-year-old Sergey.

In 2017, another of his Luxembourg companies acquired a 4.9 million-euro property in Germany described in documents only as a “depot.” Still another owns almost 17 million euros in Swiss assets, though the records don’t reveal what they are. A sixth Luxembourg company recently sold an office building in France it had held since 2008.

Luxembourg is not the only place where the Toni family has secretive assets. Reporters found a Toni company registered in the British Virgin Islands that owns an apartment in the upscale London district of Knightsbridge. The family also owns a large house in Prague through a Czech company, according to registry documents.

It’s unclear how the family managed to acquire such wealth, even considering the senior Toni’s generous official income. 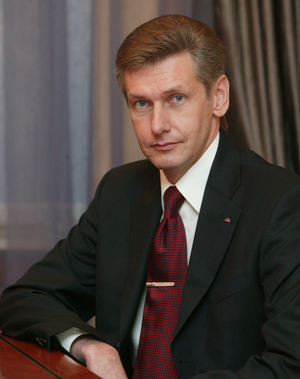 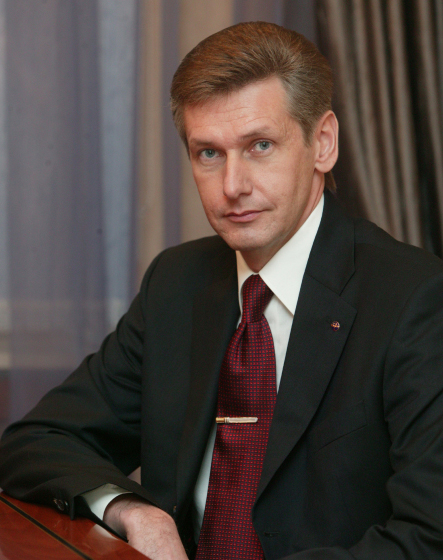 Before joining Russian Railways in 2004, Oleg Toni was a businessman and held shares in a large private construction firm, Baltic Construction Company (BSK). He sold these shares between 2003 and 2006. Almost 15 years later, it’s difficult to estimate how much his share could have been worth or how much he could have earned there. Judging by the only information available — the net value of BSK’s assets — Toni’s share might be estimated as roughly 3 million dollars at the time. This figure is just a fraction of what his family spent on French real estate alone.

Though Oleg Toni’s position at Russian Railways does not require him to disclose his salary or assets, the company publishes consolidated information about how much its executives are compensated. If Toni receives a proportionate share of the total, his annual salary could be about 1 million euros. By Russian standards, this is an extraordinarily generous income, but it’s still insufficient to explain his family’s acquisition of tens of millions of dollars in non-income-generating properties. 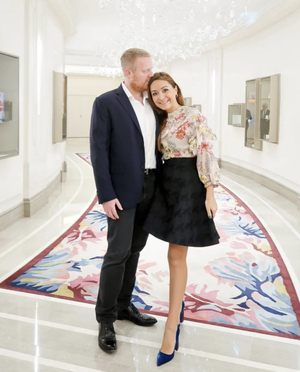 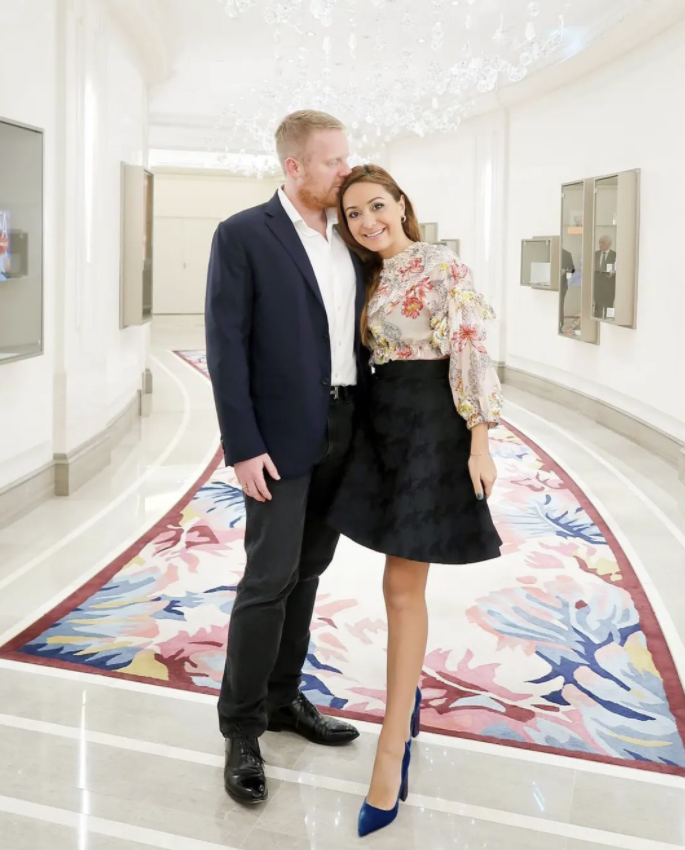 In fact, many of the Toni family’s purchases were financed through loans. In total, his companies’ debts surpass the value of their properties. And most of these funds were loaned not by banks, but by unnamed third parties, leaving their origin a mystery.

Between London and Monaco

Sergey Toni’s wife, Hanushka Toni, is the daughter of Azerbaijan’s former ambassador to London. Like her husband, she is familiar with unprofitable companies: she’s the director of a London-based real estate firm into which the couple have invested nearly two million pounds and owns a consignment handbag store she opened with her mother.

Both businesses are in the red. But neither they nor her husband’s lossmaking real estate empire have prevented the family from leading a life of luxury.

According to his wife’s Instagram posts, they split their time between London and Monaco. Her posts also show that she received an Aston Martin for her birthday in 2015 and poses in clothing made by Fendi, Gucci, and Dolce & Gabbana.

Hanushka Toni’s hobbies, according to a bio on a website of a former employer, include “writing, eating her way around London and organising her closet by colour and season.”