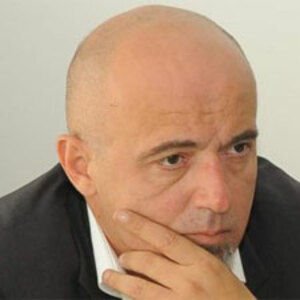 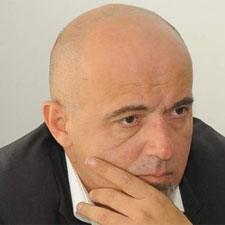 An indictment filed by the Republika Srpska (RS) Special Prosecutor’s Office against Zoran Ćopić and two directors of his companies sheds new light into the ring that allegedly laundered money for a Montenegrin/Serbian drug cartel. Included in the details are Miloš Hamović, the son of the wealthy Serbian energy trader Vuk Hamović, and the company of fugitive businessman Stanko Subotić.

The indictment, confirmed by a Banja Luka court two weeks ago, charges Ćopić with laundering money from 16 foreign and offshore companies including firms in Cyprus, Delaware, the Virgin Islands, and Panama among others. Prosecutors said Ćopić knew the money was from narcotics and that he funneled the money into the legitimate economy of the RS and Serbia. Prosecutors say more than €3.5 million was transferred from the end of 2008 to mid-2009 to the accounts of Banja Luka-based Agrocoop, an export-import firm owned by Ćopić. An additional €1 million was allegedly laundered through companies in BiH and Serbia.

The indictment said that Ćopić’s company Agrocoop received €2.77 million, from two companies, Lafino Trade LLC and Mattenico LLC, both from the US state of Delaware. Both are owned by Darko Šarić, according to the Serbian indictment of Šarić and Ćopić.

Ćopić, in interviews with reporters from the Centers for Investigative Reporting in Sarajevo and Belgrade just days before his arrest, denied he had taken money from Šarić to launder it on behalf of the wanted drug lord. He said Šarić owed him the money for the sale of Mitrosrem, one of Serbia’s biggest agricultural companies. Agrocoop had made payments to privatize the Bijeljina Sugar Factory at the same time it was receiving money from Šarić, CIN reported in an article after his arrest.

According to Ćopić, Šarić bought Mitrosrem, one of the Serbia’s largest agricultural firms with over 500 employees and land of over 8,500 hectares, but has never paid him the full amount. Serbian authorities last year blocked the sale of Mitrosrem after an indictment against Šarić was filed for narcotics trafficking.

The prosecutors found that Lafino Trade in December 2008 transferred €1.5 million to Agrocoop. On the same day, Agrocoop transferred €620.000 to Pavlović International bank in Bijeljina to purchase the debt of the Bijeljina Sugar Factory from the bank.

A similar situation arose in June 2009 when Mattenico LLC made a €1 million payment to Agrocoop, allegedly to buy corn seed. The accountant for Agrocoop said no goods were delivered and prosecutors believe the invoices to be fraudulent.

On the same day Ljubo Mrđen, a director at Agrocoop who was also indicted, wired €100,000 to the account of the Muhić Law Office to pay debts owed to workers of the Sugar Factory.

A cashier for Ćopić, Stoja Kasalović, told prosecutors that at the time she noticed very unusual transactions at Agrocoop.

Sava Mrđen, an accountant for Agrocoop, told prosecutors the company had a major influx of money which they transferred on the same day or the following to some other accounts, mainly outside of Bosnia and Herzegovina. Mrđen said Agrocoop never provided any goods for the payments.

According to the indictment of the RS Special Prosecutor’s Office, the same pattern was used in other off shore firms. The money would be wired as an advance-payment for the procurement of goods, but they were not delivered. Ćopić in the same day or within a few days after the payment ordered the money to be transferred to the accounts of his Serbian and BiH companies, including Agroseme Panonija, Avio Rent, Agrocoop Novi Sad, Stanagro Invest. He also used other companies, some of which were based in Italy and Israel.

Ćopić said the absence of a reason for the transfers was not a big deal.

“I have a right to give you an invoice for the supply of goods in six months. Your bank and you have the right to pay for this. Whether you’ll pay this to me and whether I’ll deliver the goods to you is another matter,” he said in the interview with CIN.

“I admit that I did it in order to get the money which I needed badly,” said Ćopić at the time adding that he would return the advance-payments once Šarić paid him for Mitrosrem.

Police believe the final step of the laundering process was then to sell the sugar factory. Croatian businessman Enver Moralić, who is not charged with any crimes, invested €6.2 million to start the production in the factory and planned to eventually take it over. Moralić must now await the court’s decision because the District Court of Banja Luka blocked the factory after the arrest of Ćopić.

While the RS Special Prosecutor’s said that the money from the various offshores came from proceeds of the narcotics, there is no evidence in the indictment supporting the conclusion.

Apart from the firms Lafino Trade and Mattenico, the indictment does not list the names of the owners of other off shore firms, nor does it make clear where the money had come from.

However, Milimir Govedarica, the head of the department of financial investigations at the RS Ministry of Interior, says that according to the Warsaw Convention on Money Laundering, all transfers of money which don’t have a legal basis are considered money laundering. Prosecutors, he said, do not need to prove that the money originates from crime proceeds.

Ćopić told CIN reporters that he learned about Šarić during the time the alleged drug trafficker owned Štampa, a Belgrade firm specializing in newspaper distribution. Šarić later sold the company to German-based WAZ Mediengruppe. When he learned that Šarić, who had not yet been indicted for drug trafficking, wanted to go into the agricultural business, he got in touch with him with the intention of selling him Mitrosrem, Ćopić told reporters.

Asked if he knew what kind of money Šarić had at his disposal, Ćopić said angrily: “… if I had known that he has €25 or €29 million from WAZ’s money on his account, from the sale of Štampa, should I have asked him,‘sorry pal, is this from drug dealing?’ I don’t give a damn what he does. What matters to me is that he wants to buy my company and I know he has the money.”

However, in taped conversations recorded by police just ten days before his arrest Ćopić told an unnamed person that he sold his company to Darko Šarić, to launder his money.

According to the indictment, among the people Ćopić did business with is Miloš Hamović, the 32-year-old son of the Serbian energy trader Vuk Hamović. The indictment said Ćopić arranged with the younger Hamović and several others the transfer of more than €250,000, from three offshore companies Eurotrade Holdings Limited in the British Virgin Islands, Pacific LC Group LLC, of Delaware, USA and Shine Film Production LTD in Cyprus.

Miloš Hamović is also the General Director of EFT in Belgrade. An EFT spokesman told reporters “Miloš Hamović has never heard of, nor met Zoran Ćopić. He never had any business or other kind of relationship with him.“ Spokesman Nenad Savić did not answer any specific questions regarding Hamović.

Vuk Hamović, who owns EFT, has been controversial in BiH. In 2004, the Special Department for Organized Crime, Economic Crime and Corruption of the Prosecutor’s Office of the Court of Bosnia and Herzegovina (BiH) said in a report that Hamović may have been involved in “an apparent attempt to misappropriate” funds through a series of short term loans to the Montenegrin power company that earned very high service fees. The investigation was dropped because of a lack of resources and because the UK Serious Fraud Office(SFO) took up the case. After a year-long investigation, the staff of the SFO recommended prosecution of Hamović but the case was killed by the UK’s attorney general.

Another prominent name that shows up through his company in the indictment is fugitive businessman Stanko Subotić. Subotić, AKA Cane, is wanted by Serbian police for fraud and organized crime/transnational crime.

In April 2009, police surreptitiously recorded conversations between Zoran Ćopić, Darko Šarić, and two lawyers for Šarić: Nebojša Jestrović and Radovan Štrbac. They discussed the sale of Futura Plus, a company owned by Subotić.

In the course of an investigation into the businesses of Darko Šarić, CIN reporters from Serbia found last year that Nebojša Jestrović, who was accused by Serbian authorities of overseeing the alleged drug lord’s money laundering operations, was appointed the head of Futura’s Board of Directors in March 2009.

The last taped Ćopić conversation was recorded on the day of his arrest. In a conversation with an unidentified person from Serbia, he said that his firms and apartments were being searched, that documents were being sought, and he informed his interlocutor that he was going to be arrested for sure because the case had been handled by the Special Prosecutor’s Office. The unnamed person on the other end advised him not to sign anything and that he would send him a lawyer saying “he will be probably arrested, then released and then arrested.”

Zoran Ćopić answered: “No, they won’t. No way, they won’t release me. The jail is around my neck! That’s the end of story!”