President Jacob Zuma’s surprise sacking of South Africa’s finance minister at the end of 2015 sparked economic panic: The rand plunged to a record low against the dollar and even the normally steady bond market roiled.

But one investment company, a little-known boutique operation, raked in at least 133 million rand (US$9.2 million) by trading on the turmoil. Related deals under investigation may have raised the total profit to as much as 500 million rand (US$32 million) as the country cycled through three finance ministers in just four days.

Evidence uncovered by OCCRP shows that the firm in question, Regiments Capital, most likely knew for weeks that respected Finance Minister Nhlanhla Nene would be dismissed in December 2015.

The firing appeared abrupt to the rest of the world, but not to Eric Wood, then one of Regiments’ three directors. Weeks beforehand, Wood called a meeting with a senior manager at Regiments.

“Nene is going to get fired,” he told Mosilo Mothepu, according to an affidavit submitted to South Africa’s Judicial Commission of Inquiry into Allegations of State Capture. Afterward, Wood sent a follow-up email outlining how Regiments could profit from the looming dismissal.

The knowledge, worth millions to Regiments, came partly at the expense of a vulnerable group of South Africans: pensioners of the state-owned railway and transport company Transnet. Regiments managed one of its retirement funds and leveraged that position to make money from Nene’s dismissal while setting up Transnet’s 50,000 pensioners to take a corresponding loss.

Though Transnet’s pension fund is supposed to be a defined benefit plan with guaranteed monthly payments, the obligation hasn’t always been met. Some of its retirees, who average between 500 rand (about $35) and 1,800 rand (about $125) per month, feel they’ve already been shortchanged for years, with promised bonuses often delivered late, or not at all.

Benita Swart, a 61-year-old Transnet pensioner, said the retirees “have no idea what was done with our money, how they invested it, how much was looted.”

“We will work for scraps until we die,” she said.

Regiments’ inside information on Nene’s upcoming firing allowed Wood to capitalize on the inevitable fallout, specifically by setting up a trade that would pay off if bond prices fell.

The firm invested billions of rand on a bet that the future value of the bonds would drop on a specific day: Dec. 9, 2015, the very day Nene was dismissed. To execute that trade, Regiments needed an investor on the other side, an individual or institution that would bet the bond value would rise. Acting in its role as Transnet’s pension fund manager, Regiments set the fund up on the losing side of the trade, a position that eventually cost the pensioners 133 million rand (US$9.2 million).

Every rand Regiments made was one the pension fund lost. Plus the fund paid Regiments more than 220 million rand in management fees.

Wood’s particular focus was on increasing Regiments’ holdings of R186, a general purpose debenture that was issued in 1998.

By the time Nene was removed, Regiments had invested money in the R186 bond from both Transnet’s pension fund and from a fund it managed for the City of Johannesburg. Combined, the total investment was worth several billion rand.

The Johannesburg fund would go on to lose hundreds of millions of rand, and in November 2018, the city cut ties with Regiments, citing mismanagement. A representative said the city is still investigating and is “unable to confirm at this time the amount of money” at issue.

Transnet also said it was reviewing various transactions executed by Regiments and declined to comment further.

In 2017, the pension fund filed a legal request seeking repayment of 230 million rand that it said Regiments paid without authorization to a company Wood founded with Salim Essa, a well-known associate of the Gupta family.

In a judgment last July, South African Judge M. Tsoka said: “It appears that Eric Wood perpetrated fraud against the Fund to utilize (its) assets to pay for liabilities that have nothing to do with the Fund.”

Regiments owed its control of the Transnet retirement fund to Essa’s close relationship with the Gupta family.

The Guptas – brothers Atul, Ajay, and Rajesh – have been accused of using their wealth, influence, and connections to Zuma to enrich themselves at taxpayer expense in a scheme so grand it is known as “state capture.”

🔗Corruption on a Grand Scale

“State capture” is a type of systemic corruption in which private individuals or interests subvert, manipulate, undermine and influence how a country is run and who benefits, particularly from state-related contracts, resources and money.

In South Africa, the Judicial Commission of Inquiry into Allegations of State Capture was created in 2018 to investigate corruption and fraud in the government and state-owned entities involving former President Jacob Zuma, the Indian-born Gupta family and their associates.

The commission was ordered to investigate how state-owned entities such as Transnet were allegedly raided with the help of Zuma and the Guptas.

Though Zuma established the commission, he was forced to resign after being voted out by his ruling party, the African National Congress.

The allegations came from the country’s former Public Protector Thuli Madonsela, who reported on Zuma’s improper conduct and the benefits reaped by the Gupta family and its associates.

The investigation is ongoing. 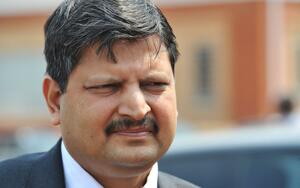 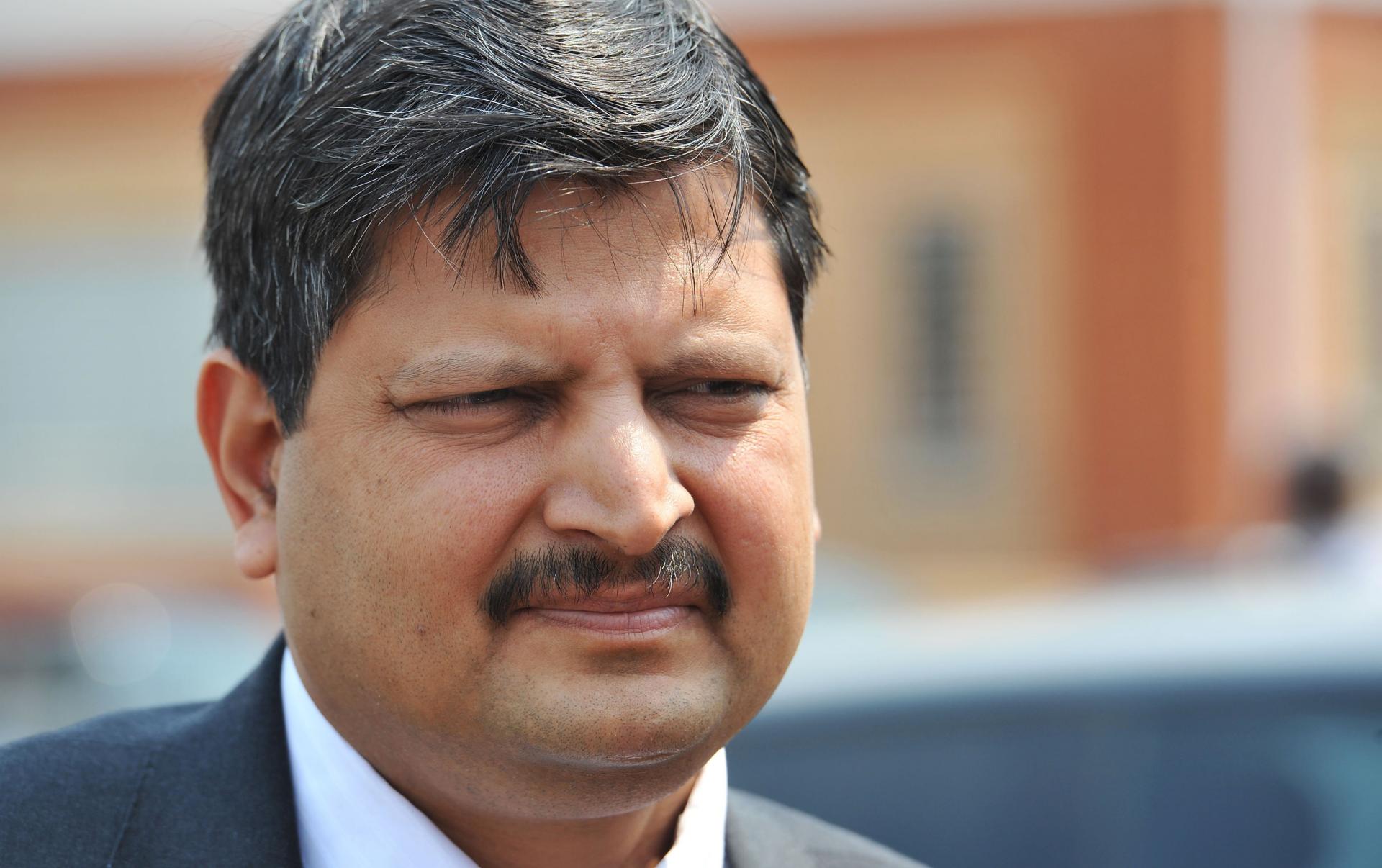 The three brothers immigrated to South Africa from India in the 1990s and quickly became major players in South African business. Their clout grew substantially after they developed a relationship with Zuma, allegedly providing the president’s family with financial support in exchange for access to lucrative state tenders and friendly officials.

Now, South Africa’s Commission into Allegations of State Capture is investigating whether the Guptas may have had prior knowledge of public appointments or the improper appointment of Finance Ministry staff. The probe includes a look at Mohammed Bobat, a senior Regiments employee named as a special advisor to Des Van Rooyen during Van Rooyen’s three-day term as finance minister after Nene was fired.

A Gupta ally who had previously served as director of one of Essa’s companies, a man named Stanley Shane, helped Essa and Wood consolidate their influence over Transnet, where Shane was on the board of trustees.

A range of highly rated asset managers applied to manage Transnet’s pension fund according to documents obtained by OCCRP. But Shane ensured that Regiments would get the contract, allowing the company access to internal information.

Once Regiments was in control of the Transnet pension fund, Wood and Essa began to use its assets, including on the R186 wager.

Regiments used Transet’s pension fund to book seven trades on Dec. 4, 2015. The company bought and sold more than 7 billion rand in bond futures, according to confidential trade data, private correspondence and investment portfolios obtained by OCCRP. In all the transactions, Regiments was listed as the counterparty while still managing the pension fund, setting itself up on the opposite side of a financial deal involving a client. It was an unusual and conflicting role for a fund manager.

Regiments’ trades were settled on Dec. 9, 2015, when the bond price fell and the corresponding yield increased from 8.8 percent to 10.4 percent. That increase, which ordinarily rises or falls slowly and steadily, provided Regiments with more than 130 million rand in profits on a single trade.

The trades were recorded in an email that copied Kennedy Ramosebudi, a Regiments employee.

Andrew Feinstein, executive director of Corruption Watch U.K. and a former banker who helped draft the Public Finance Management Act, said Regiments’ actions sound like one of the clearest examples of insider trading he has come across.

“The fact that it was information about the manipulation of arguably the most important position in cabinet in order to benefit the architects and beneficiaries of state capture only makes this action more egregious,” Feinstein said.

Neither Wood nor Essa responded to messages seeking comment. Emails sent to Regiments’ official address were returned as undeliverable, and a person who answered the phone there said company personnel weren’t authorized to speak to the media.

Regiments’ director, Niven Pillay, didn’t respond to questions sent via email or text and mobile phone. When reached by phone, he said he would respond to the inquiries but never did.

Phetolo Ramosebudi, the former Transnet treasurer who allegedly coordinated with Wood on how Regiments handled the company’s pension fund, resigned in October after being suspended for alleged activities associated with the Guptas.

But the people who paid the biggest price for South Africa’s economic mismanagement were the country’s pensioners.

For the retirees, promised bonuses intended to compensate for the lack of full pension payments were often delivered late or never arrived at all.

“My husband worked as a train driver for 32 years,” said one pensioner who requested anonymity for fear of retaliation. “I don’t even get his full pension.”