Turkey’s president has enjoyed an unusually powerful sway over the Trump administration. A new investigation reveals the relationship was built by a circle that included Trump’s favorite lobbyist, a key character in the Ukraine impeachment scandal, a Kremlin-linked oligarch, and a shipping tycoon charged with terrorism.
Read more

Lev Parnas nearly had to pinch himself.

An inveterate charmer with a string of failed businesses, unpaid debts, and alleged frauds, Parnas never saw himself as the kind of person who could become a high-level political insider. But it was October 2016, and another fast-talker from New York’s outer boroughs, Donald Trump, was running for president of the United States.

So, a US$50,000 donation later, there Parnas was, sitting in an opulent Florida mansion watching the future president gaze despondently out at the sea.

The Access Hollywood tape, in which Trump had bragged about grabbing women “by the pussy” had just come out, and the crowd of roughly 20 high-dollar fundraisers was trying to cheer him out of his funk.

Trump confided in the group that he had doubts about his presidential run. “I don’t want to give up golf and do all of this stuff, but I feel like I have to do this to save our country,” Parnas recalled Trump saying.

After four years and over 275 presidential golf outings, it all seems very ironic to Parnas now. But at the time, he was in awe.

The gathering on October 12, 2016, at Le Palais Royal, a house that billionaire property developer Robert Pereira modeled after Versailles, was Parnas’ first meeting with Trump. 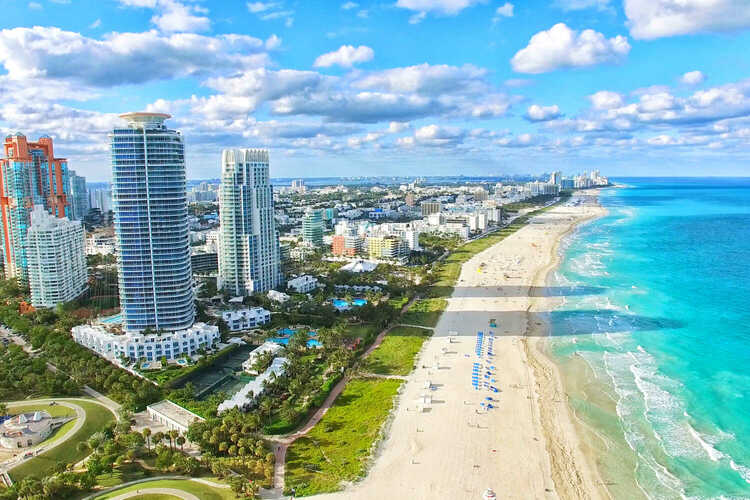 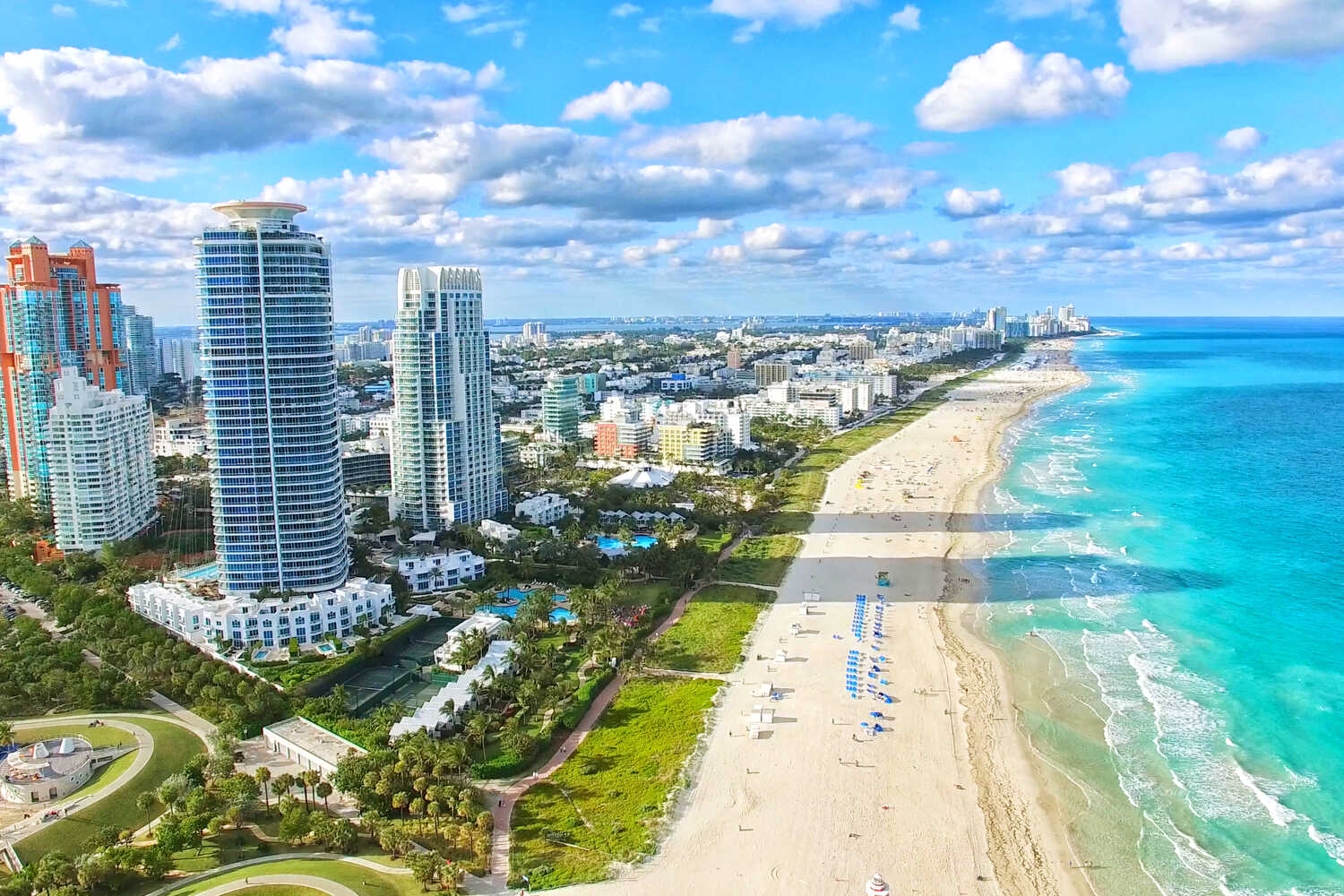 The meeting set off a three-year odyssey in which Parnas mixed with the elite of Trump’s Washington and witnessed numerous instances of international deal-making and backchannel influence peddling. He became a key player in efforts by Trump’s personal lawyer, Rudy Giuliani, to dig up dirt in Ukraine on Trump’s 2020 rival, Joe Biden.

But then it all fell apart. 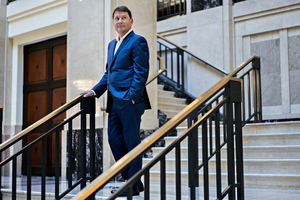 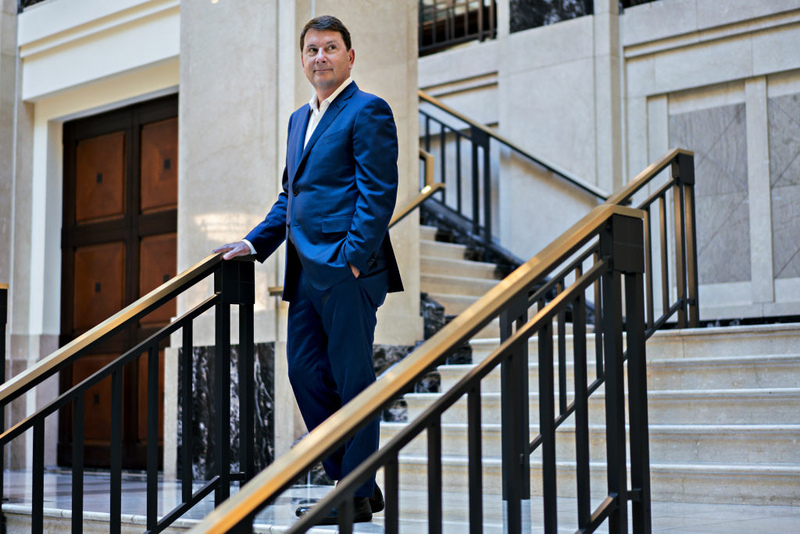 Parnas’ work in Ukraine helped lead to Trump’s impeachment by Congress. He was arrested on federal campaign finance charges while trying to leave the country last October, and was hit with additional fraud charges by federal prosecutors on Thursday. He is awaiting trial and denies all charges.

Today, Parnas is an outcast from Trump’s circle, routinely denounced as a liar and crook by his former associates. During the impeachment investigation, he supplied House investigators with thousands of files on his role in the scheme. Despite this, he was never invited to testify.

But Parnas has plenty more to say. He recently sat down for a 90-minute interview with OCCRP, Courthouse News Service, and NBC News, as part of an investigation into Turkey’s efforts to influence the Trump administration via a coterie of oligarchs and alleged criminals.

Reporters were able to verify Parnas’ key claims by cross-checking them with photographs and text messages he supplied, as well as other independently gathered documents. The investigation showed how Parnas and foreign oligarchs worked to set up lucrative contracts for Brian Ballard, a man widely considered to be one of the most influential lobbyists and fundraisers in Trump’s Washington.

Parnas also shared the broader story of his unlikely rise into the inner circle of an unlikely president. Along the way, he says, he saw multiple instances of influence peddling by the president’s personal attorney, Giuliani. Through a spokesperson, Giuliani declined to comment.

Parnas says he is willing to share all he has with prosecutors and congressional investigators. But so far there has been little interest. 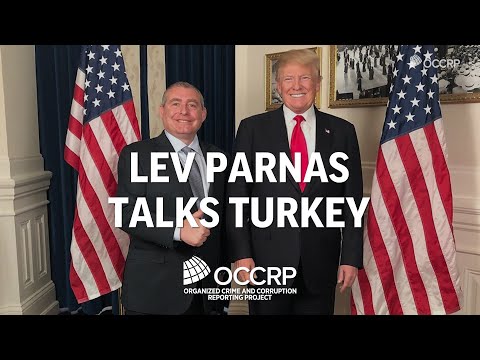 According to Parnas, his entry into the president’s circle was “a Cinderella story type of thing.”

“All these things had to come in play for me to even be able to get into this world, because it’s a good old boys’ club, and trust me when I tell you it’s very difficult to get in.”

Born in Ukraine and raised in Brooklyn, Parnas used his proximity to Trump’s inner circle to build ties with businessmen from the former Soviet Union.

Among them was Igor Fruman, a Belarus-born Florida businessman who worked with him on the Ukraine backchannel.

Key to building this access was the lobbyist Ballard, whom Parnas met at that same October 2016 Florida fundraiser. Through Ballard, Parnas said he was able to secure tickets to V.I.P. balls at Trump’s January 2017 inauguration for at least three foreign businessmen. Among them was Mübariz Mansimov, a now-jailed shipping magnate originally from Azerbaijan who, along with Parnas, helped set up two lucrative lobbying contracts between Turkey and Ballard’s firm, Ballard Partners. Ballard Partners denies supplying the inauguration tickets.

“Ballard Partners was hired because of its understanding of Turkey and its importance as a U.S. ally,” the firm said in a statement sent to reporters. 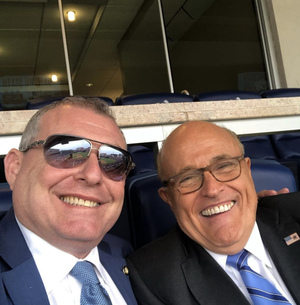 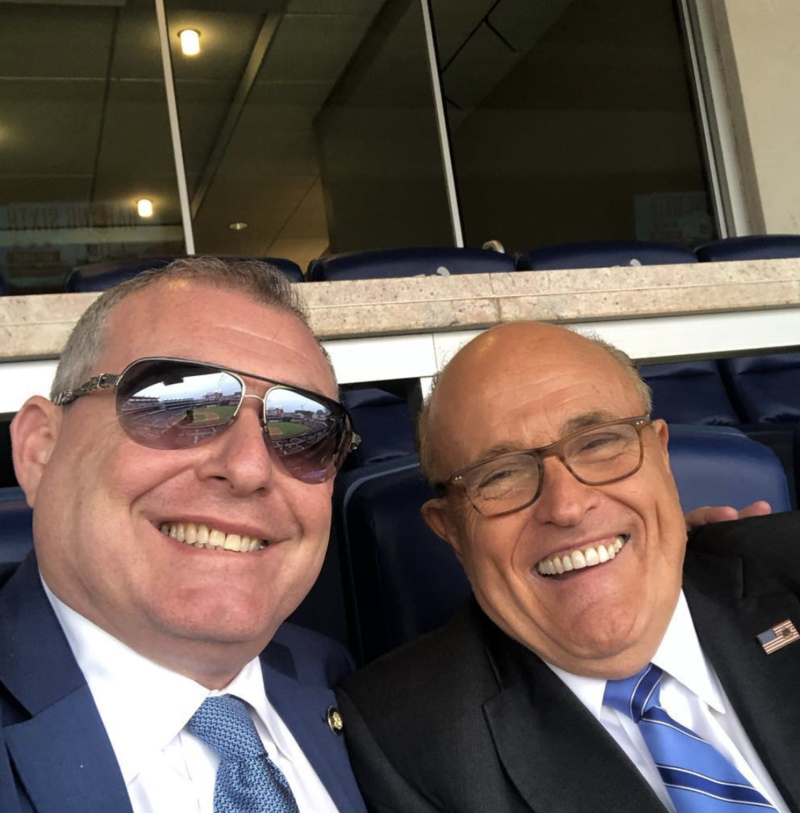 Also working in Turkey at the time was a man who Parnas later befriended: Giuliani.

In February 2017, Giuliani signed on to work as the lawyer for Reza Zarrab, a Turkish-Iranian gold trader then facing trial for a multi-billion-dollar sanctions-busting and money laundering case that has implicated Turkish President Recep Tayyip Erdoğan.

Parnas said his and Giuliani’s efforts did not overlap at the time. But as the months progressed, Parnas found himself iced out of the Ballard deal, while he grew close to the former New York City mayor. Giuliani now reportedly faces investigations into possible violations of foreign lobbying laws in his international dealings.

Giuliani had sought a deal that would have seen the case against Zarrab dropped in return for the release of Andrew Brunson, an American evangelical pastor then being held in Turkey. Media reports say it was nixed by then-Secretary of State Rex Tillerson during a 2017 meeting in the Oval Office. 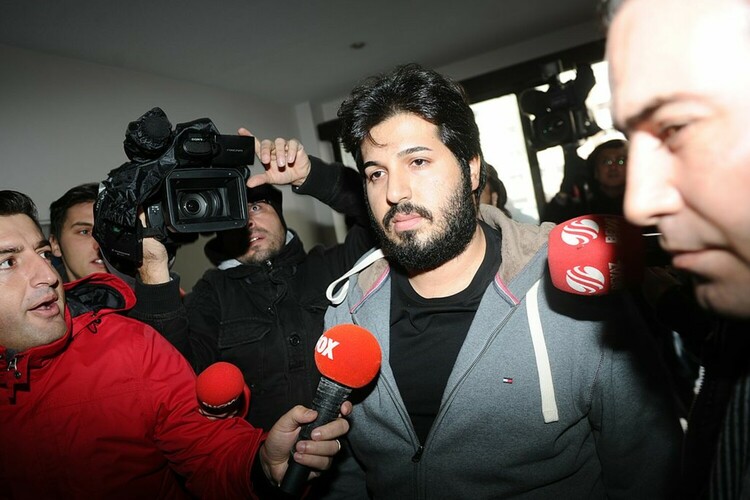 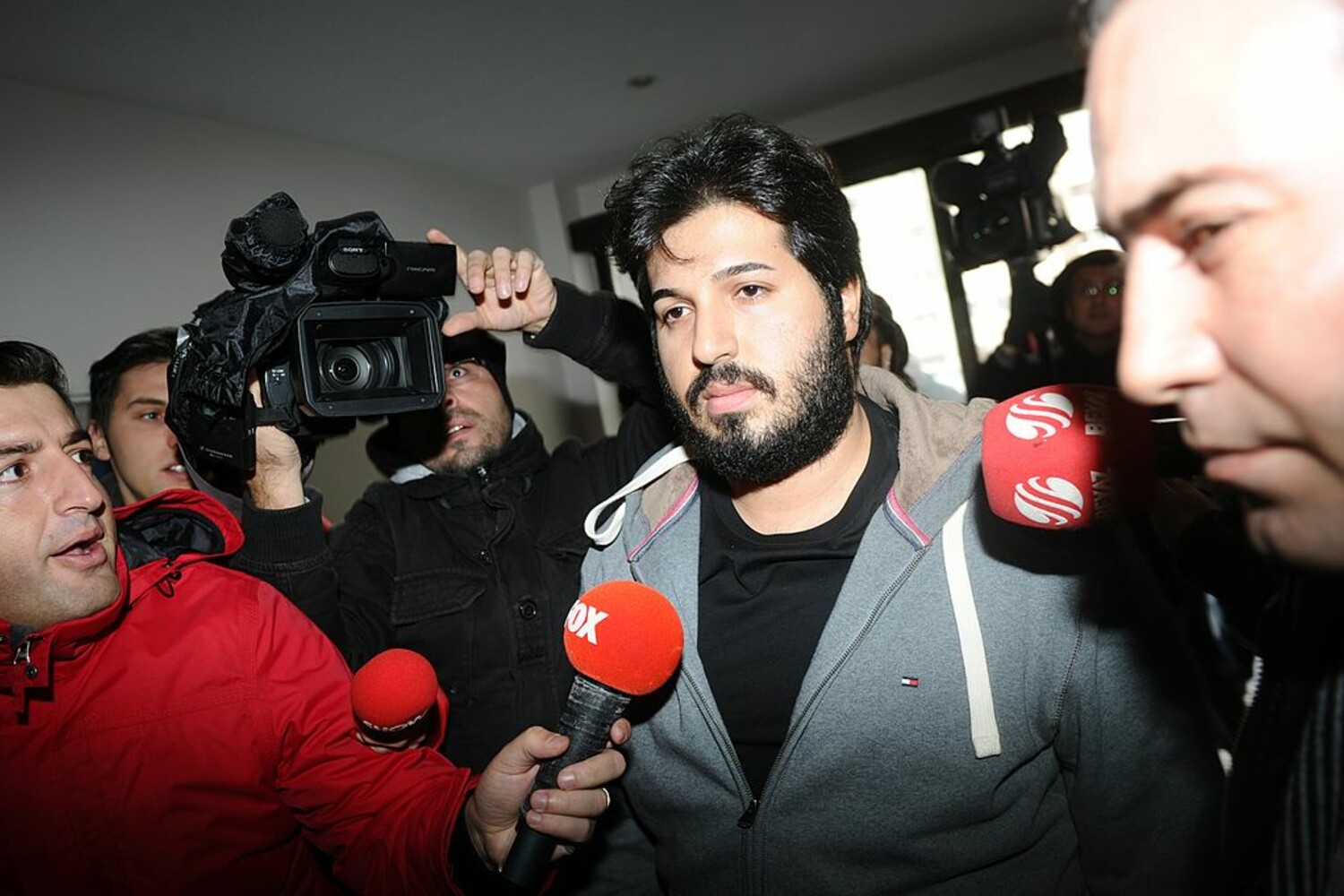 According to Parnas, the former New York City mayor was furious.

“Rudy was pissed off at Tillerson and didn’t think that he was a good secretary of state,” Parnas said, in the first on-the-record account of that meeting. “Rudy himself thought that he should be Secretary of State and that he knew better how to deal with foreign relationships.”

Brunson, the pastor, was released in a separate deal the following year.

As the years went by, Parnas and Giuliani grew increasingly close. At one stage, Parnas even named Giuliani the godfather of his newborn child.

“He would speak to me almost every day,” Parnas said of Giuliani. “He would be in the White House almost every other day, and during the Mueller report, I was with him, I mean, literally for one week straight.”

For more details on Parnas’ allegations against Giuliani and others, read the longer story by our partner Courthouse News Service.

In that time, Parnas said he witnessed at least four instances of Giuliani using his position to advocate for foreign interests . To Parnas, none of it appeared to be genuine legal work, despite Giuliani’s protests to the contrary.

“Rudy never went to court and did anything on [Zarrab’s] behalf,” Parnas said. “All that Rudy did was meet with Trump and Erdoğan and try to negotiate a prisoner swap. So, that’s case one.”

Coming second was Giuliani’s work in Ukraine, he said.

Then there was Giuliani’s work on Venezuela, some details of which have already been reported.

Parnas said he was there when the former mayor concocted plans to give that country’s strongman ruler, Nicolás Maduro, a “soft landing” in the United States if he agreed to give up power, “for him to be able to watch the Dallas Cowboys in Texas.”

“When I was with him, and when I was in the Trump cult, I didn’t think anything of it,” Parnas added. “I thought he’s Trump’s attorney. He was the [ex-U.S. Attorney] of New York, the Southern District. He’s the biggest crime fighter.”

After being cast aside by Trump’s circle, Parnas said he realized he had been moving in a world that worked just like the post-Soviet business circles where he had cultivated ties.

“Eastern Europe and all of these oligarchs — what people don’t understand is these people have businesses here,” he added. “They hire lobbyists. They hire the top attorneys. They have relationships with all of them, so Trump basically gave them an open door.”