The documentary was panned for its hagiographic take on Kazakhstan’s longtime dictator. As it turns out, a foundation controlled by Nazarbayev paid for its production.

That’s the trailer for one of Stone’s newest film vehicles, a documentary in which the controversial Hollywood figure interviews Kazakhstan’s former president, Nursultan Nazarbayev.

Released in 2021 as both an eight-hour miniseries and a feature film, Qazaq: History of the Golden Man turns a flattering lens on Nazarbayev as he reminisces about his years in power and shares thoughts about the country’s future. 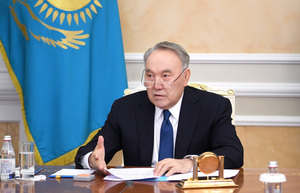 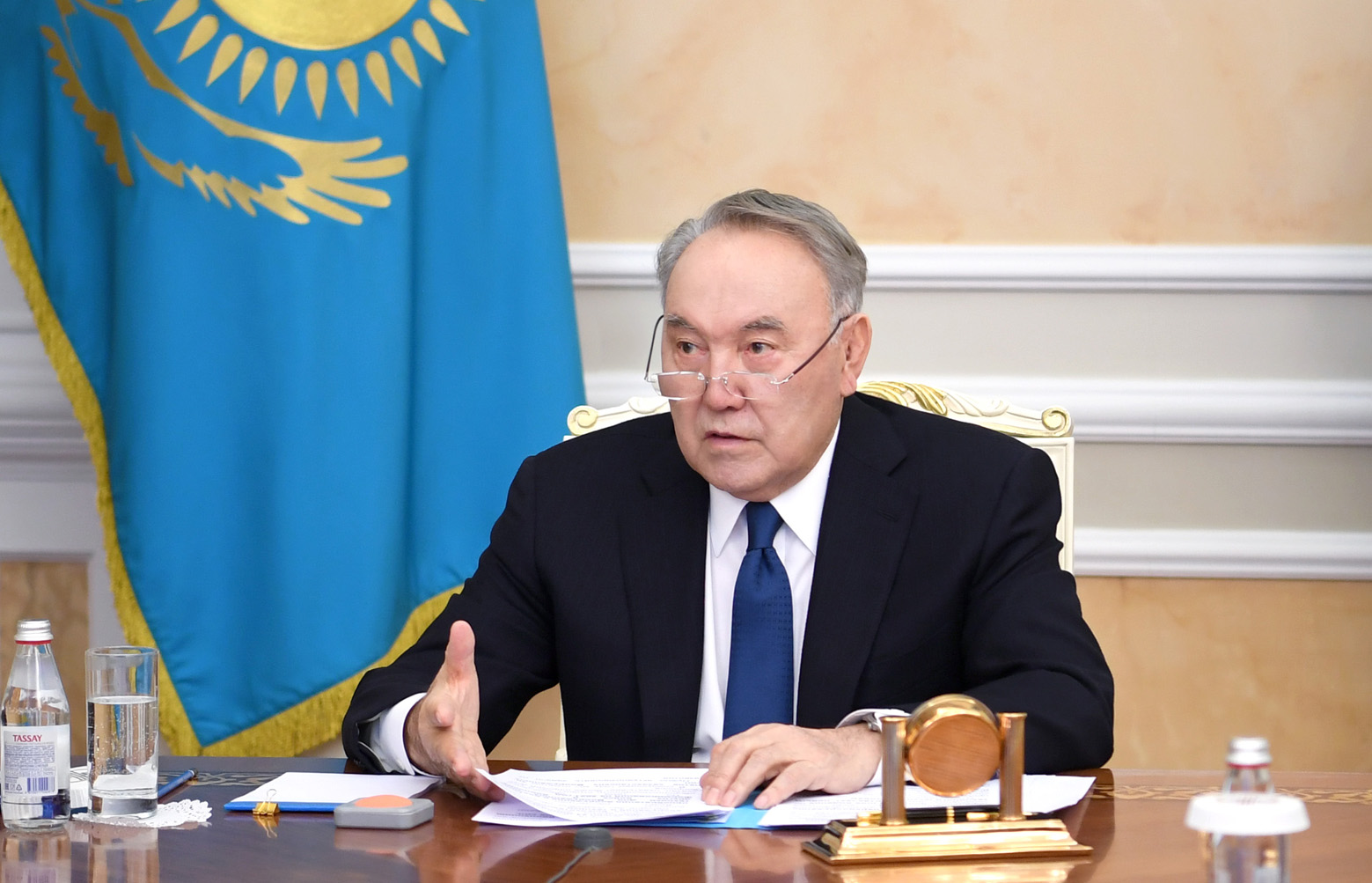 As it turns out, a charitable foundation named after and controlled by Nazarbayev paid at least $5 million for the production, a conflict of interest that was not disclosed. Last year, Stone and the film’s director, Igor Lopatonok, told the Guardian that the Kazakh government was not involved, but refused to discuss who had funded it.

The film was not widely reviewed, but regional experts panned it as a “hagiographic ode” that became “part of [Nazarbayev]’s ongoing cult of personality.”

Nazarbayev ruled Kazakhstan for nearly 30 years, presiding over an oil-fueled development boom that enriched his family and close associates, even as ordinary Kazakhs saw little benefit. During his reign, human rights groups documented severe restrictions on freedom of speech and political expression, impunity for torture, politically-motivated prosecutions, and other violations.

That story is the subject of a lawsuit against OCCRP by one of the foundations, the Nazarbayev Foundation. Its representatives deny that it was under Nazarbayev’s control, maintaining that its activity was limited to its educational mission.

During his time in power, Nazarbayev also established several nonprofit foundations, ostensibly to help the people of Kazakhstan. Though they were frequently lauded in the local press for their charitable work, a story published earlier this year by OCCRP and its Kyrgyz and Kazakh partners, Kloop and Vlast.kz, showed that they held assets worth billions of dollars that appeared to have little to do with their stated missions.

It was one of these foundations that paid at least $5 million for the Oliver Stone vehicle, obscuring its involvement — whether intentionally or not — by making the payment through an intermediary.

The arrangement was revealed this August, when Kazakh journalist Mikhail Kozachkov obtained and published a contract between the Foundation of the First President of the Republic of Kazakhstan - Elbasy and a government organization called the State Center for Support of National Cinema.

The contract stipulated that the state cinema center would receive $7 million from the foundation to “organize the production, presentation, and distribution” of the film, which bore the working title “Oliver Stone Documentary Film — Kazakhstan.”

Last month, the board chairman of the cinema center confirmed the arrangement to reporters from Vlast.kz. He also confirmed that the center had received an initial payment of $5 million and passed it on to the film’s production company, Global 3 Pictures. It is unclear whether the remaining $2 million were paid.

Global 3 Pictures is incorporated in California. Its CEO is Igor Lopatonok, the Nazarbayev film’s Ukrainian-born director. Curiously, the company was suspended from the state company registry in 2018 — prior to the Kazakh contract — for failing to make a required filing. 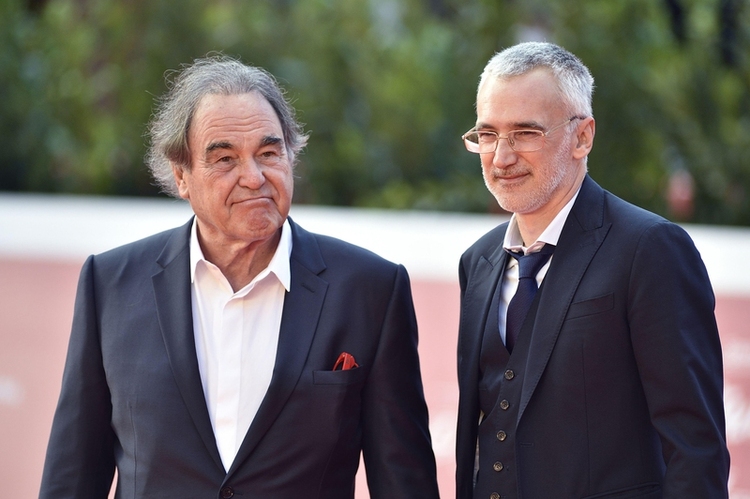 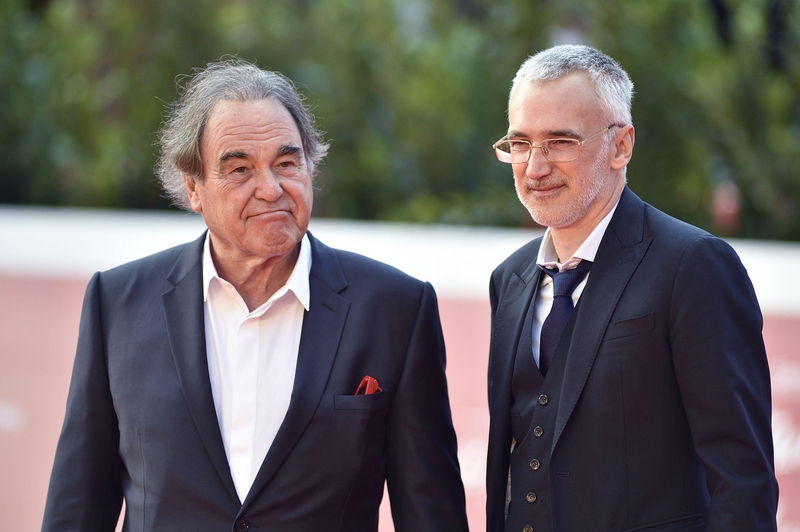 Another company with a similar name, Global Tree Pictures, was founded in 2020. It also features Lopatonok as CEO and appears to have taken on the role of producing his films. In addition to the Nazarbayev film, the company produced Stone’s 2016 documentary about Edward Snowden, according to the IMDb film database.

Stone did not respond to requests for comment sent through his agent. Last year, he rejected criticism that his film was hagiographic and ignored human rights issues and other problems in Kazakhstan. “What’s wrong with celebrating Nazarbayev for 30 years in office?” Stone told the Guardian. “Give him credit for building up the country and keeping the peace and not turning it into a trash heap like Ukraine.”

Stone’s sympathetic treatment of the Kazakh dictator recalls other recent projects he has starred in, directed, or produced. His series of interviews with Russian President Vladimir Putin and his film about Venezuelan president Hugo Chavez have been criticized for their flattering portrayals of their subjects.

Another film featuring Stone, “Ukraine on Fire,” was derided for advancing the Russian narrative about Ukraine’s 2014 Euromaidan revolution, portraying it as a nationalist coup orchestrated by the United States. Like the Nazarbayev film, it was directed by Igor Lopatonok.

Lopatonok did not reply to requests for comment. Last year, when asked about the film’s financing by journalists from Radio Free Europe/Radio Liberty, he said he would have no comment because they were “foreign agents.” This designation is used in Russia to exert pressure on media outlets and activists who challenge the Kremlin. 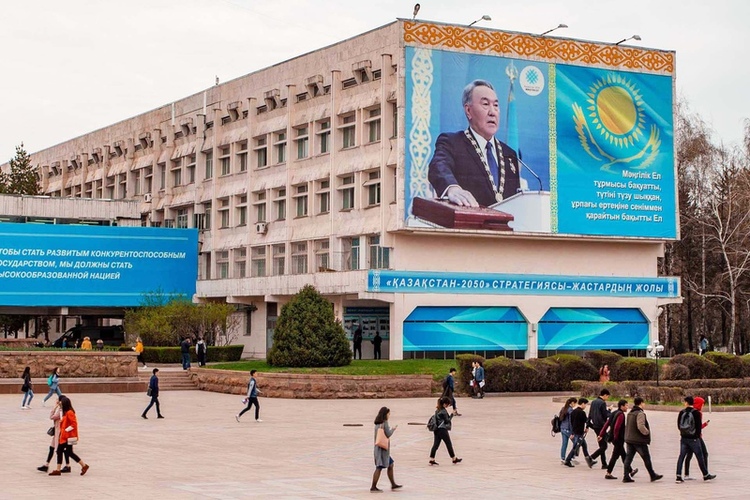 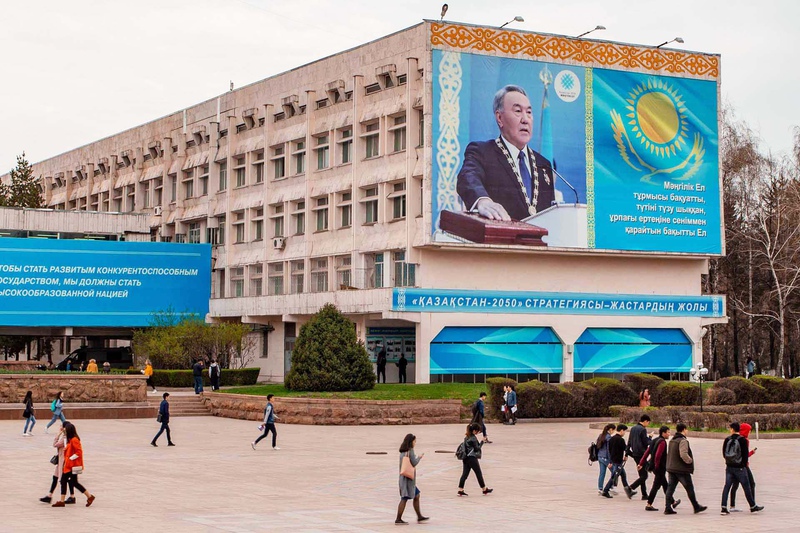 Last year, Lopatonok and Stone’s Nazarbayev documentary aired on three Kazakh television channels on December 1, which for years has been marked as the “Day of the First President of Kazakhstan.”

That was the last time this occasion was celebrated. Several weeks later, thousands of people publicly protested against the legacy of Nazarbayev, who had retained wide authority despite no longer being president.

The protesters’ chants of “Shal, ket” (“Old man, go!”) marked a new era. Nazarbayev’s hand-picked successor, President Kassym-Jomart Tokayev, has spent the past year distancing himself from his predecessor, criticizing the corruption that flourished under his rule.

The Nazarbayev holiday was canceled earlier this year.