The CEO of Equatorial Guinea's state oil company is accused of skimming petroleum profits, while reporters have linked him to luxury properties around the world.

But court and other documents obtained by OCCRP and the Equatoguinean online news site Diario Rombe shed light on a likely source of some of the power couple’s wealth, revealing GEPetrol CEO Antonio Oburu Ondo’s links to offshore firms set up to skim profits from oil deals that he orchestrated.

Details of thefts of public funds are rarely reported in the oil-rich state on the west coast of Africa, which is as notorious for corruption as it is for violent repression. But some information has emerged from a US$339-million oil corruption lawsuit that has been ping-ponging between British and Swiss courts since 2015.

The suit was brought by oil trader Arcadia Petroleum Limited against a group that includes some high-ranking former employees. Arcadia claims that sham intermediary companies were inserted into oil cargo sales in order to skim from its profits. These intermediaries frequently sourced the oil from GEPetrol, and made multi-million dollar payments to shell companies linked to Oburu.

Oburu was in charge of GEPetrol cargo sales throughout the period of the alleged scam, although his suspected involvement has not previously been reported.

Companies owned or controlled by Oburu received between $64 and $73 million of “stolen funds,” making Oburu the “single largest beneficiary of the fraud,” according to a 2018 letter to him by Arcadia’s lawyers.

“A senior official on both sides of the oil deal, a myriad of subsidiaries in offshore locations, shell companies with cryptic names: this case features all ingredients of a major corruption scheme,” said Adrià Budry Carbo from the Swiss campaign group Public Eye.

The theft allegations against Oburu have not been proven in court, but accusations of corruption reach to the very top of Equatorial Guinea’s oil sector. In January, an OCCRP investigation exposed how the country’s oil minister allegedly extorted bribes from businessmen and siphoned off millions of euros of state funds.

Extra oil money would have substantially topped up Oburu’s official salary, and that of his wife, Cándida Okomo Nsue Mensa, a former R&B singer who was named deputy general director of GEPetrol in 2017.

Official information about Oburu’s annual salary does not exist as GEPetrol does not publish financial reports.

However, a person familiar with the matter, who spoke on condition of anonymity for fear of retaliation, said that Oburu’s monthly salary as GEPetrol’s chief executive is around 14,000 British pounds.

This is supplemented by a monthly allowance of 3,200 British pounds, according to a GEPetrol document seen by OCCRP, giving Oburu an annual salary of about 206,000 pounds a year — the equivalent of US$ 286,644.

It was through his marriage to Okomo that Oburu joined the family of President Teodoro Obiang Nguema Mbasogo, who has ruled Equatorial Guinea since taking power in a military coup in 1979.

Okomo is the niece of the first lady, Constancia Okomo Mangue Nsue. She is the daughter of Teodoro Biyogo Nsue Okomo, who is Obiang’s chief of protocol and had previously served as ambassador to the U.S. He told OCCRP that his daughter and Oburu had recently divorced, but did not provide any supporting evidence.

In 2015 Oburu, by then married to the First Lady’s niece, was appointed CEO of GEPetrol, after more than a decade with the company. In 2017, the couple bought Cypriot citizenship by spending 2.5 million euros in the Mediterranean island nation, adding to their handful of properties scattered across cities like Accra, Houston and Madrid.

From Cyprus to Houston

The Oburus spent 2 million euros on a villa in the marina of the Cypriot coastal city of Limassol, and a further 500,000 euros on an apartment in the same complex.

The purchases qualified them for an investment-for-citizenship scheme that was plagued with scandal until Cyprus cancelled the program in 2020. Under its rules, the government gave controversial individuals easy access to the European Union via Cypriot passports, which were routinely granted illegally and with almost zero background checks on the applicants’ source of income. Oburu also had previously obtained citizenship from Belize. 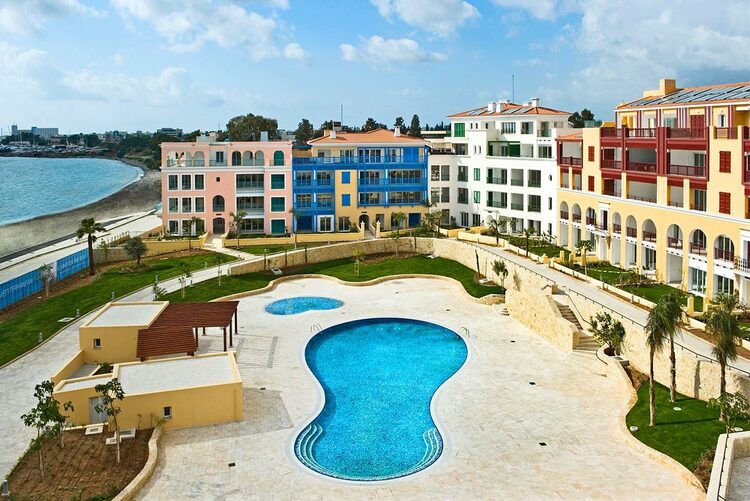 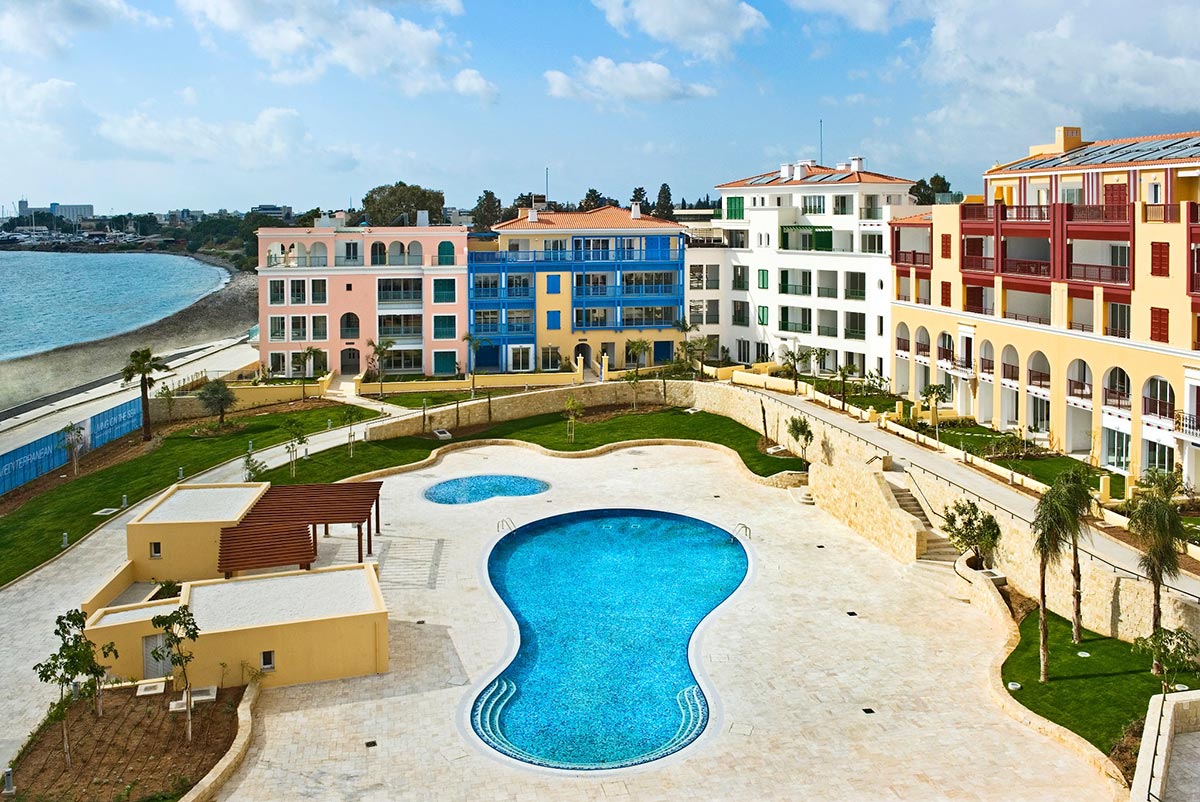 Credit: Facebook A view of the marina residence in Limassol, Cyprus where Oburu purchased property that qualified him and his wife for Cypriot citizenship.

These Cypriot properties added to an already burgeoning international portfolio of real estate around the world owned by shell companies that Oburu controlled.

In Houston, Oburu owned a 3,000-square-foot house through his British Virgin Islands (BVI) company, Rodexkia Investment Limited. Between 2012 and 2017, a similarly-named Texas company, Rodexkia Holding LLC, owned a sprawling mansion in the city valued at over $4 million.

Credit: Harris County Appraisal District. Property documents from the U.S. show Rodexkia Holding LLC as the owner of a property in Houston, Texas, as of September 2020.

Corporate documents obtained by OCCRP show that Oburu was the director of Rodexkia Investment Limited’s parent company, and was listed as the only signatory on a proposed Rodexkia bank account in Lebanon.

Oburu’s role as Rodexkia’s contact person was confirmed by Brad Porter, the manager of Rodexkia Holding LLC. He is a partner at the Houston-based Porter & Powers law firm, which represented Rodexkia Investment in a 2016 suit.

“I call him Tony,” Porter said in a telephone interview, adding that he didn’t know the source of Oburu’s funds or of his political connections in Equatorial Guinea.

“He said he worked at an oil and gas company,” Porter said.

Another Rodexia executive is Asuncion Fernandez Mba. Arcadia’s lawyers claim she is Oburu’s sister, and she is named as administrator of Rodexia in filings in the BVI. The two siblings are linked to five properties in Spain.

That includes Rodexkia’s ownership of a sprawling residential property in an upmarket neighborhood of Madrid, according to a sales contract from 2009. Fernandez is also listed as the owner of a garage space and a separate apartment in a prestigious residential area of Madrid.

Oburu has a minor stake in the Spain-registered company Impexia Internacional. The majority of shares are held by an opaque Equatorial Guinea company called United Impex Holdings International S.L., which owns a villa and a commercial property in Madrid.

Oburu is also connected to apartments in an upmarket neighborhood in London, though it was not possible to determine whether he owns them.

Just meters from the crosswalk made famous by The Beatles’ Abbey Road album cover is an address listed as Oburu’s foreign domicile on a June 2020 internal GEPetrol register of stipends for staff living outside Equatorial Guinea. Oburu also gave his address as another apartment in the same building at 20 Abbey Road when registering a website in 2008.

That London street address appears on a rental agreement for a luxury residential property owned by Oburu in an upscale neighborhood of Ghana’s capital, Accra.

A leaked 2007 tenancy contract shows that a member of Japan’s diplomatic mission in Ghana agreed to pay Oburu $3,200 a month in rent for the property. The contract, signed by Oburu in his capacity as landlord, was agreed in the presence of Gertrudis Laurel Sami, a British national, whose address is listed as 20 Abbey Road, London.

In addition to being a vehicle for Oburu’s property holdings, the BVI company Rodexkia ties him to the alleged scam to skim oil profits from Arcadia.

In its lawsuit against former executives, Arcadia names Rodexkia as one of the companies that allegedly received multimillion-dollar payments from intermediary companies as part of oil cargo sales from GEPetrol.

U.K. High Court documents filed by Arcadia’s lawyers claim that the fraud was perpetrated between March 2006 and 2012. The defendants, including former Arcadia executives, are accused of running companies that were inserted into oil trades. Two of these intermediary companies were also called Arcadia, one in Mauritius, and another in Lebanon. The other was a Mauritius company called Attock. 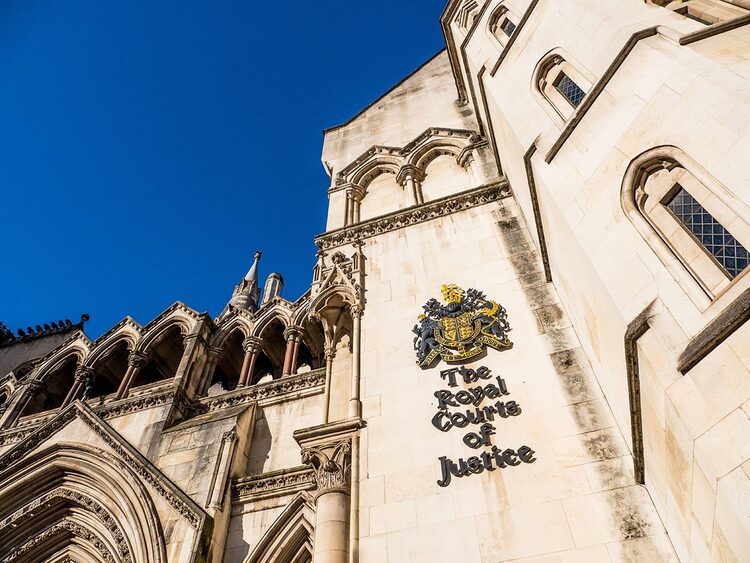 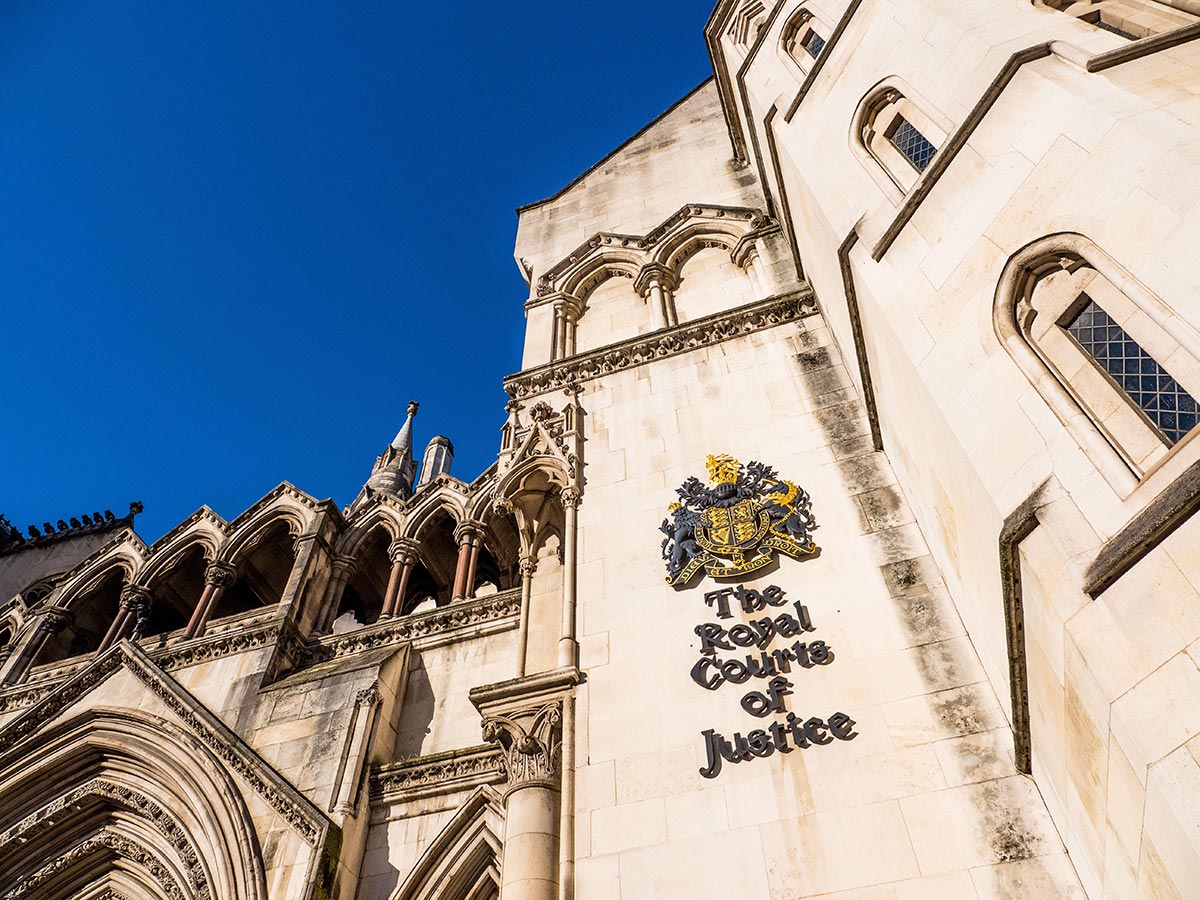 Credit: Dylan Garcia / Alamy Stock Photo The lawsuit brought by Arcadia against some former executives has been shuttling back and forth between English and Swiss courts.

The claimants allege that oil cargoes were sold to the real Arcadia in London only once they had passed through one of the intermediaries. The intermediary company would take a cut of the profits by selling the oil on to Arcadia for more than it had paid. High Court documents claim that at least $286 million in profits were diverted out of Arcadia between April 2007 and February 2012 via this system. Afterwards, the three intermediaries passed tens of millions of dollars on to three other companies that are directly or indirectly connected to Oburu and his sister.

The Arcadia lawyers’ letter to Oburu alleges that Attock and Arcadia Lebanon made 15 payments totalling over $14 million to Rodexkia Investment in the BVI between 2009 and 2012.

The lawyers also claim that two other companies –– Sonergy Limited in Equatorial Guinea, and Obexys Limited in the Seychelles –– received similar payments totalling around $50 million, and that both were owned or controlled by Oburu or Fernandez Mba.

Reporters were unable to corroborate any connection between Oburu and Sonergy. Oburu’s relationship with Obexys is unclear, but a person with the same name appears on a domain registration for the company’s website, and the administrator of the company is Frida Ndong Cuaresma, who also ran Impexia in Spain until last year.

The defendants deny any wrongdoing, saying that these secondary payments were made to Rodexkia, Obexys, and Sonergy under the terms of service agreements and that the claimants were fully aware of the arrangements at the time.

This is not the first time that corruption claims connected to Equatorial Guinea’s oil have been heard in international courts.

In 2005 the Washington DC-based Riggs Bank pleaded guilty to laundering money for the Obiangs. More recently, the French Biens Mal Acquis (Ill-Gotten Gains) case led in 2020 to the prosecution of Obiang’s son, Teodorin, and the confiscation of an estimated 150 million euros worth of his assets in France, including luxury sports cars. 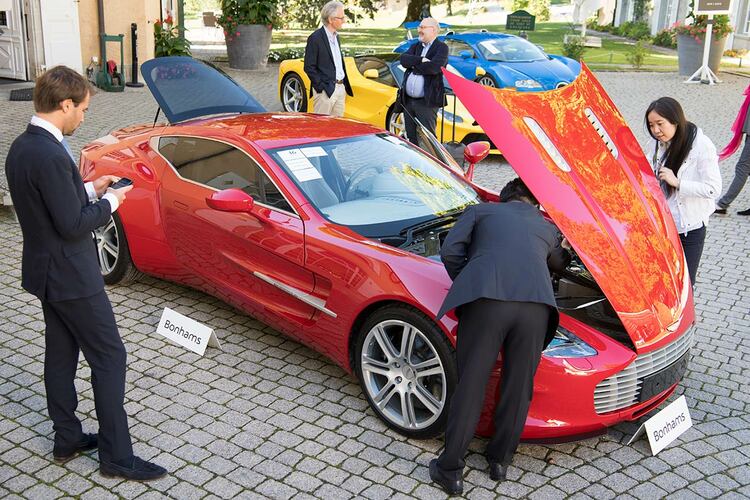 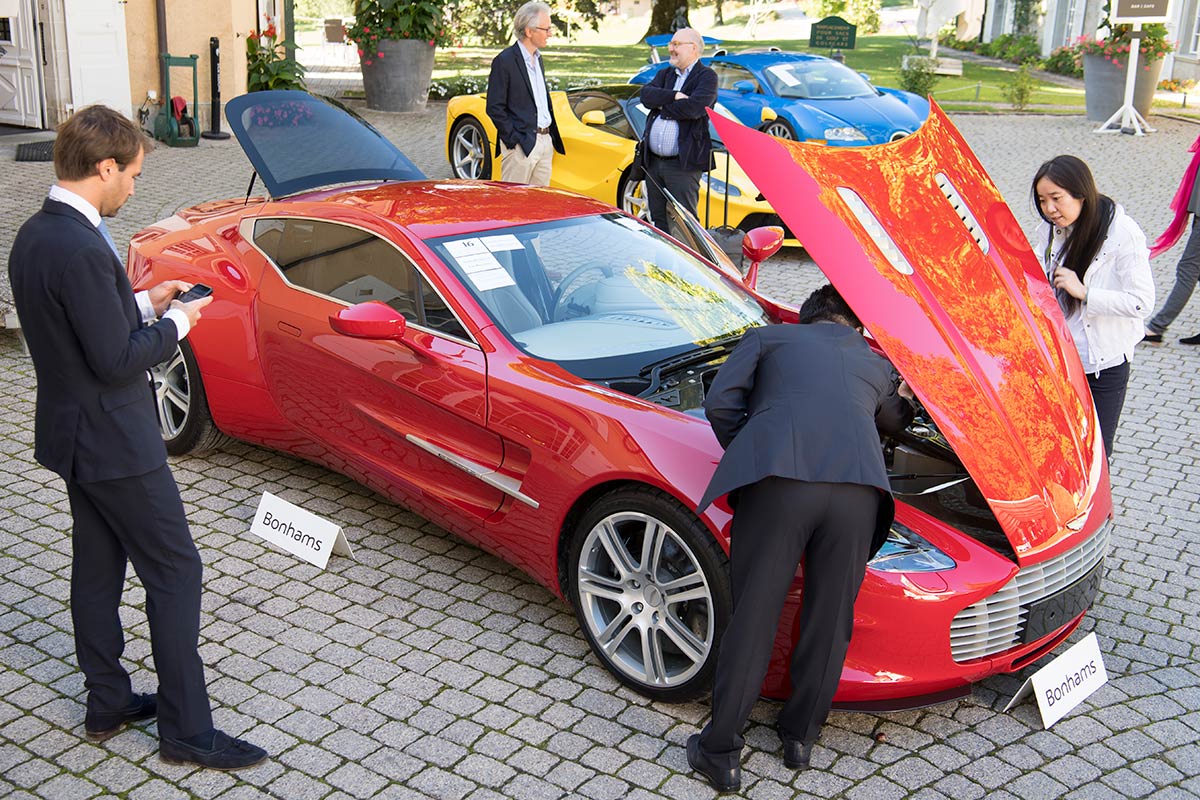 Credit: Laurent Gillieron/ASSOCIATED PRESS One of the supercars belonging to Teodorin Obiang, seized following a ruling in the Ill-Gotten Gains case, before an auction in Switzerland.

“The kleptocrats’ wall of impunity is beginning to crumble but the road is still long,” said William Bourdon, the lawyer leading the Ill-Gotten Gains case in France.

Oburu may yet be the next Equatorial Guinea official to be targeted by these court cases. He is not a defendant in the Arcadia lawsuit, but the company’s lawyers are keeping open the option to file charges against him.

When journalists contacted Oburu for comment via email, Signal, and Whatsapp, he did not respond. When he was called on his mobile, he immediately hung up. Arcadia’s lawyers also failed to respond to requests to comment.