More than 300 people identifying themselves as current or former employees of the U.S. Department of Homeland Security (DHS) or affiliated agencies appeared on an internal roster of the Oath Keepers, a right-wing anti-government group whose leader has been convicted of sedition.

Among them is a man identifying himself as a “20 year Special Agent” with the U.S. Secret Service who worked security for two presidents, a person who said he was a “Current Supervisory Border Patrol Agent,” and one who described himself as an IT employee at the headquarters of the Transportation Security Administration.

The Oath Keepers roster analyzed by OCCRP and its reporting partner, the Project on Government Oversight (POGO), shows that 306 dues-paying Oath Keepers members listed themselves as affiliated with DHS, including 21 who said they were working for the agency at the time their names were added.

One hundred eighty-four identified themselves as having served in the Coast Guard, 67 as having worked in DHS itself, 40 at Customs and Border Protection or the Border Patrol, 11 at Immigration and Customs Enforcement, and seven at the U.S. Secret Service, the agency charged with protecting the president, vice president, and visiting heads of state.

“Extremism within our government is always alarming, but even more so in a department with a law enforcement and national security nexus like DHS,” said Thompson, who is also heading the U.S. House’s investigation into the January 2021 attack on the U.S. Capitol.

The DHS, created in response to the September 11 attacks, boasts a payroll of more than 250,000 federal employees spread out among several agencies under its umbrella.

According to the Southern Poverty Law Center, an anti-racism group, the Oath Keepers claim to have recruited tens of thousands of current and former U.S. military and law enforcement employees. The Oath Keepers’ top leader, Elmer Stewart Rhodes III, wrote in a 2009 blog post that “men like this on the inside … can and do provide information to expose what is going on,” adding that “we are hearing from more and more federal officers all the time.” 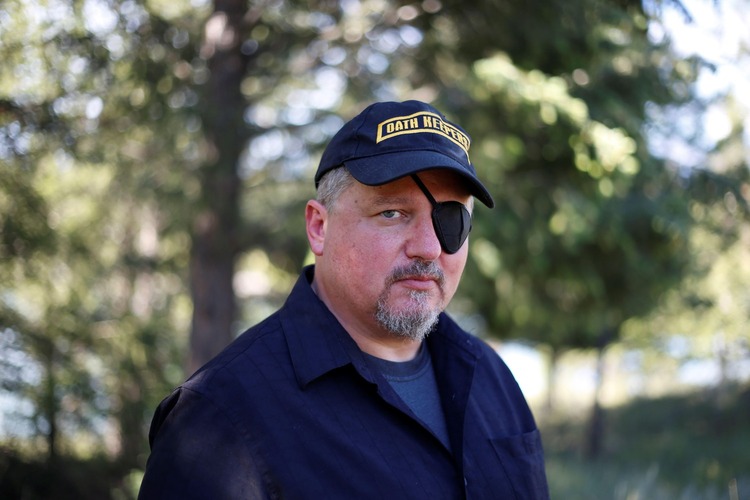 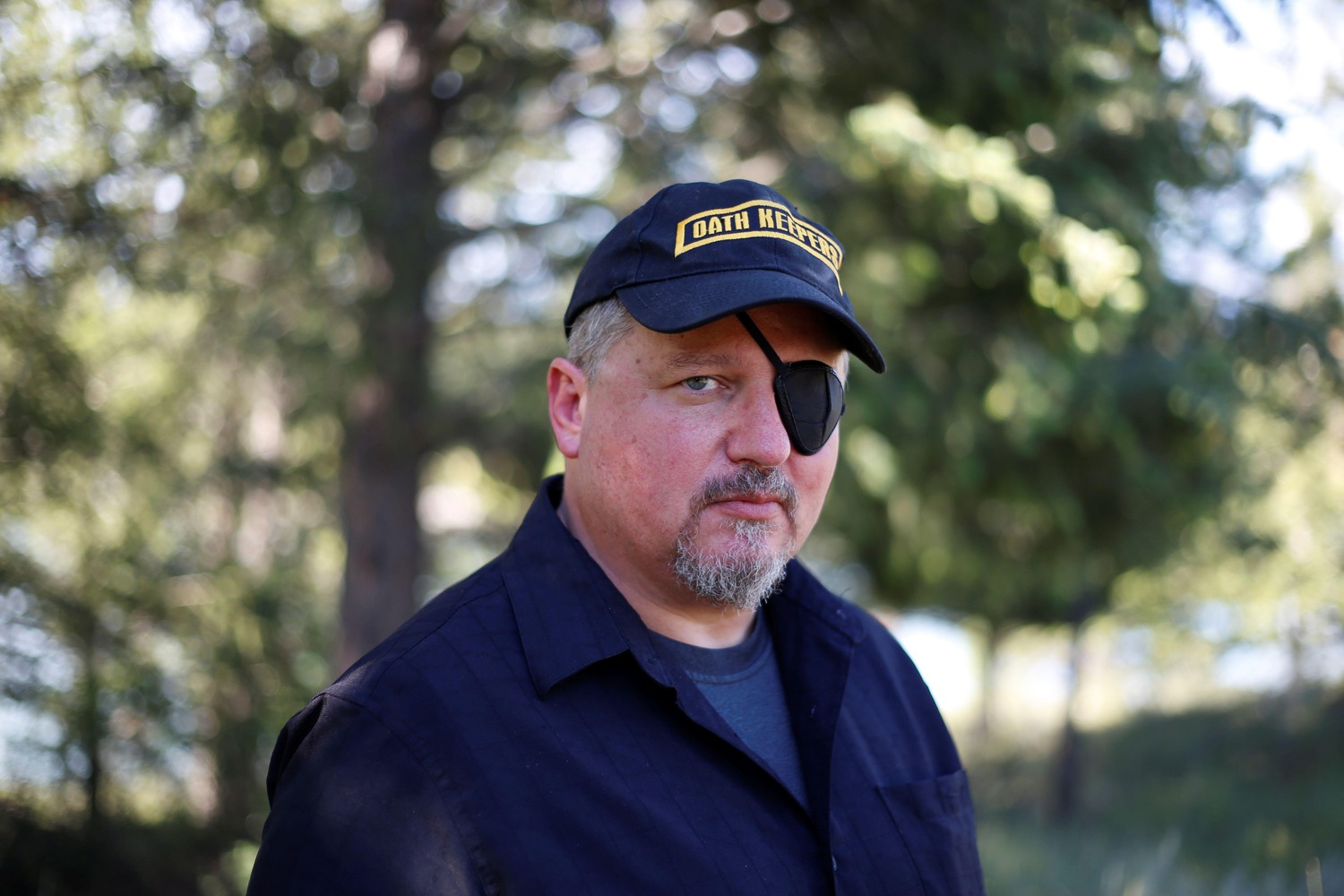 Rhodes and several other Oath Keeper leaders were found guilty of seditious conspiracy and other felonies in connection with the breach of the U.S. Capitol by supporters of former President Donald Trump on January 6, 2021.

A previously leaked list of Oath Keeper members was obtained and analyzed by the Anti-Defamation League, an anti-extremism organization, earlier this year. The roster analyzed for this story, which contains overlapping but more detailed data, was obtained by reporters as part of a larger leak of Oath Keepers documents.

Dating from 2009 to 2015, the files were spirited away by a former member of the group’s inner circle. This source, who demanded anonymity because of ongoing federal investigations, said federal law enforcement agencies had access to the same information.

In addition to dozens of spreadsheets documenting at least $750,000 the organization brought in from membership dues alone, the documents include other internal information, such as transaction data and comments from members describing why they had signed up.

At the time many of them did so, the Oath Keepers did not yet have the association with violence that it does today. The self-styled defenders of the constitution gained national notoriety in 2014 and 2015 when they began showing up, heavily armed, in politically and racially charged situations: First at stand-off between federal law enforcers and an anti-government rancher in Nevada; then in Ferguson, Missouri, amid protests that followed the death of an African American teenager at the hands of a police officer.

The roster does not reveal the length of any individual’s involvement with the group, or whether they remain members. But, since it contains many applicants’ military or government service details and other information, researchers from POGO and OCCRP were able to analyze the list and attempt to contact them.

Several retired members of the Coast Guard who appeared on the roster told OCCRP they had only been briefly involved with Oath Keepers. One said he had paid dues just once. Another, Tom R. Kratville, said he had grown disillusioned with the group.

“I am a gun owner and I was concerned about the 2nd Amendment, so I thought what they were saying was reasonable,” said Kratville, who is retired and lives in Colorado. “But when they turned out to be radicals, I said, ‘Nope, I am out of here.”

“I don’t believe he had [anything] to do with that in the Capitol,” said Powell. “He was trying to keep everything peaceful, but he was also trying to collect information on what the government was doing during this.”

Reporters reached out to more than a dozen of the 21 members who had self-identified as being on active duty at the time they signed up with the Oath Keepers. Only one, Border Patrol supervisory agent Matthew Whittaker, returned a call or email.

“I retired in 2014, views have not changed,” he wrote in an email, declining to respond to further questions. The membership roster showed he joined in April 2013.

The roster contains comments made by members about their motivation for joining the group. “Most Border Patrol Agents are Oath keepers, we just haven’t signed up yet,” wrote one, who declined to comment when reached by reporters. “We are serious 2nd amendment guys, who love the constitution.”

Another, who identified himself as working for DHS, wrote: “I may not be military but I am a patriot an i love my country. I dont want my 2 ½ yr. Old son to have to grow up in a communist country.”

The new findings are significant because they come as the Department of Defense and Department of Homeland Security have each set up working groups in an effort to root out extremism within their ranks. The Jan. 6, 2021, siege on the Capitol building furthered fears about insider threats posed by federal law enforcement and military personnel belonging to extremist groups like the Oath Keepers. 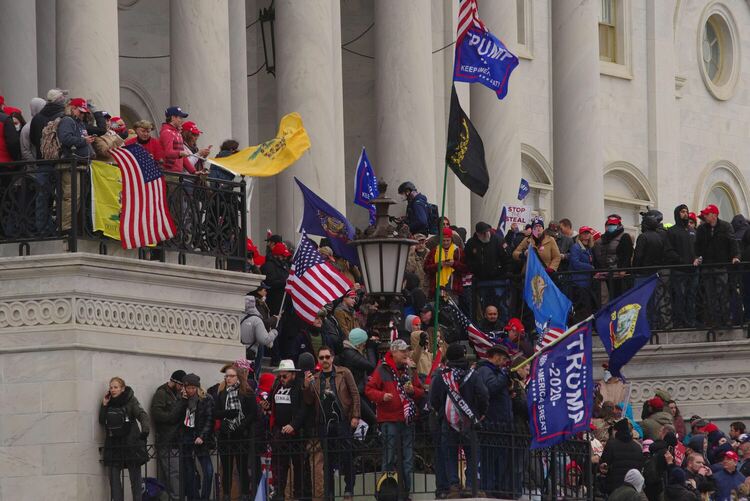 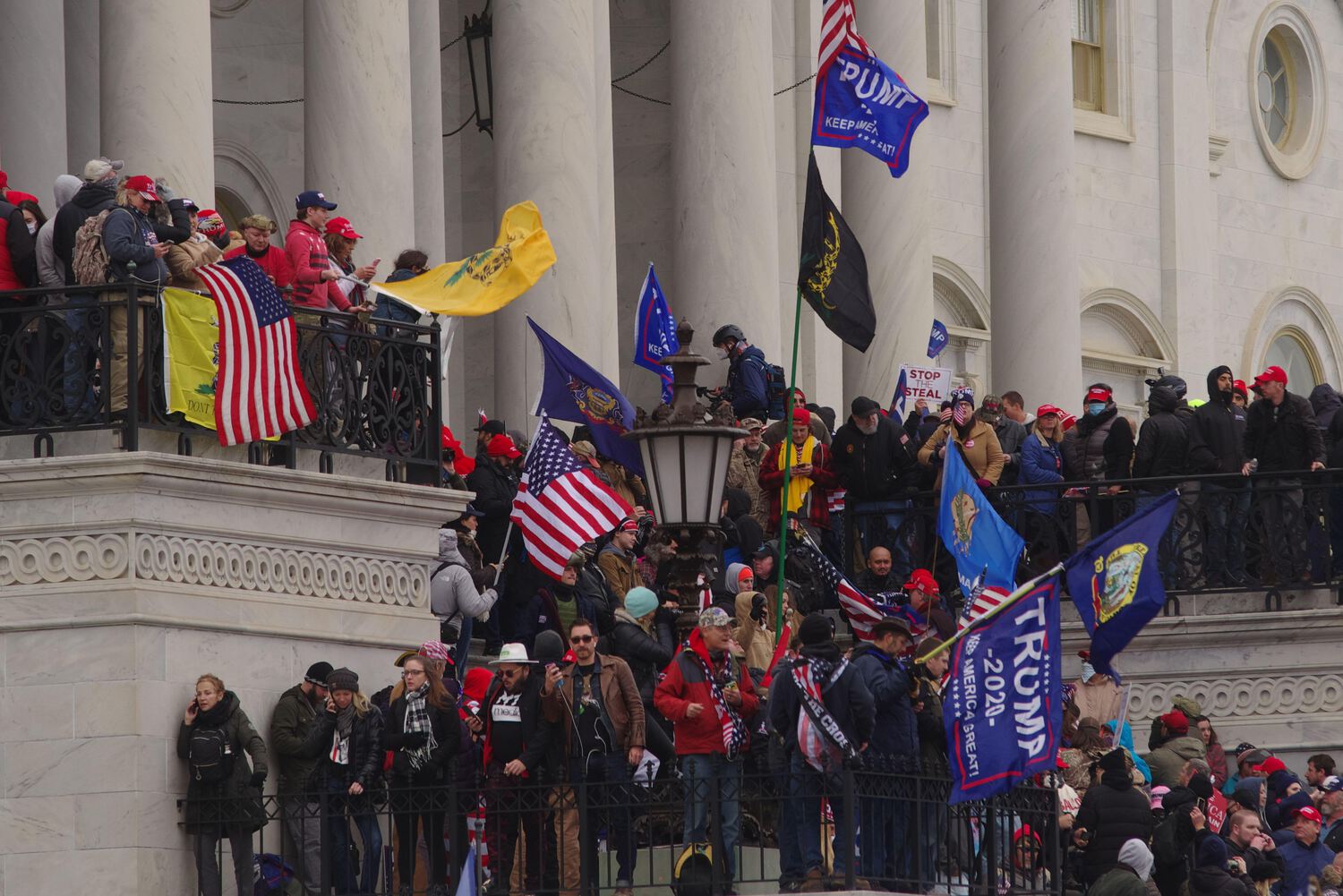 “Given what we’ve learned since January 6th about the extent of extremist beliefs and membership among elected officials and other government employees, these numbers are deeply troubling, yet not surprising,” said Rep. Jackie Speier, chair of the Military Personnel Subcommittee of the House Armed Services Committee.

Anthony Guglielmi, a spokesman for the Secret Service, said the agency had no prior knowledge of the Oath Keepers data, but would review it. “The absolute, most important function for this agency is our no-fail mission to safeguard the continuity of the American government,” he said.

Two were on active duty at the time Oath Keeper records said they joined and were subject to agency insider-threat vetting and security review, a person familiar with agency procedures confirmed.

Rhodes’ trial and conviction, as well as the prosecution of hundreds of other Jan. 6th rioters, have highlighted the threat of extremists within the police and military. According to the George Washington University Program on Extremism, 31 Oath Keepers have been charged in connection to the attack on the Capitol.

The Anti-Defamation League, in a September 2022 report, described hundreds of police, military members and first responders among the ranks of the Oath Keepers. It identified 373 people on the membership list believed to be law enforcement officers on active duty.

The ADL’s report was based on a larger but less detailed data set of Oath Keeper membership that did not contain the information on where members said they worked, which is what allowed OCCRP and POGO to identify them as DHS employees.

In 2021, Homeland Security Secretary Alejandro Mayorkas announced that DHS had created a Domestic Violent Extremism Internal Review Working Group. He acknowledged that “significant gaps that have impeded its ability to comprehensively prevent, detect, and respond to potential threats related to domestic violent extremism within DHS.”

A spokesman for DHS declined to discuss the new Oath Keepers data and pointed to a report from March in which the agency announced steps to address insider-threat risks.

The report revealed that there had been 35 allegations that DHS employees had engaged in violent extremist activity between October 2019 and April 2021. Four incidents involved active participation in or support for violent extremist activity, while the other 31 were found to be unsubstantiated or mischaracterized. The report did not provide specifics about the four incidents.