The Bongo family has ruled Gabon for over five decades — and for nearly as long, they have been accused of looting their nation’s wealth. Authorities in France and the U.S. have over the years investigated bundles of cash, customized cars, and pricey properties, assets potentially purchased with proceeds of corruption.

Now reporters have discovered that over the past two decades, the Bongos and their inner circle — including a judge who has been instrumental in helping the family hang on to power — have purchased at least seven properties worth over US$4.2 million in and near the U.S. capital, a destination whose real estate has long attracted African dictators.

The Bongos’ Washington, D.C.-area homes were all purchased with cash.

Rules meant to prevent the laundering of illicit funds don’t require real estate professionals in the U.S. to ask questions about all-cash transactions, or to report suspicious activity to authorities. This lack of obligation has drawn repeated criticism from the Financial Action Task Force, a Paris-based global anti-money laundering watchdog, which identified it as a vulnerability in the U.S. financial system.

In an apparent effort to bridge this gap, the Treasury Department’s Financial Crimes Enforcement Network has issued temporary orders in targeted locations considered to be high-risk for money laundering. In 2016, the agency ordered real estate title companies in some counties in California, New York, Florida and Texas to report all-cash property purchases over a certain amount. The most recent order, renewed earlier this month, requires title companies in 12 U.S. metropolitan areas to identify individuals behind shell companies buying property with cash.

“If you go through a bank, there’s actually some pretty good rules in place,” said Gary Kalman, the director of Transparency International’s U.S.office, referring to the due diligence requirements in place for financial institutions that process mortgage loans. But “if you make an all-cash purchase with an anonymous company outside of those 12 metropolitan areas, there’s no rules whatsoever,” said Kalman.

Credit: Marion Kaplan / Alamy Stock Photo Omar Bongo’s image in Libreville in 2007, during the 40th year of his presidency.

The Bongo family’s proclivity for cash is not new to U.S. authorities. When he was president, Omar Bongo brought $1 million in shrink-wrapped $100 bills to the U.S. and handed it over to one of his daughters, Yamilee Bongo-Astier. The unemployed university student kept the stash in a bank safety deposit box and, when questioned, told bank employees that she expected additional funds from her father to purchase a $2.2 million condo in New York City, according to a 2010 Senate report on illicit financial flows into the United States.

According to the Senate report, Bongo-Astier was able to deposit large sums of her father’s cash into accounts in U.S. banks, which often did not flag her as a politically exposed person, a designation that could have triggered enhanced scrutiny of the source of those funds. She also confirmed that she bought luxury vehicles for Gabonese officials in the U.S. at her father’s request.

By the time of his death in 2009, Omar Bongo had ruled oil-rich Gabon for over four decades and amassed a fortune that reportedly included at least 183 cars, 39 luxury properties in France, and 66 bank accounts. In the country’s capital, Libreville, this accumulation of wealth exclusive to the president, his family, and their inner circle is popularly referred to as the “Bongo system.” Meanwhile, a third of Gabon’s population lives in poverty, according to the World Bank. 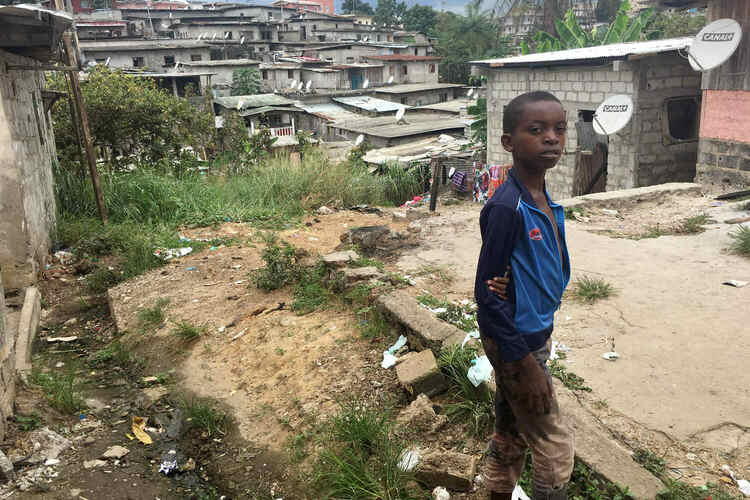 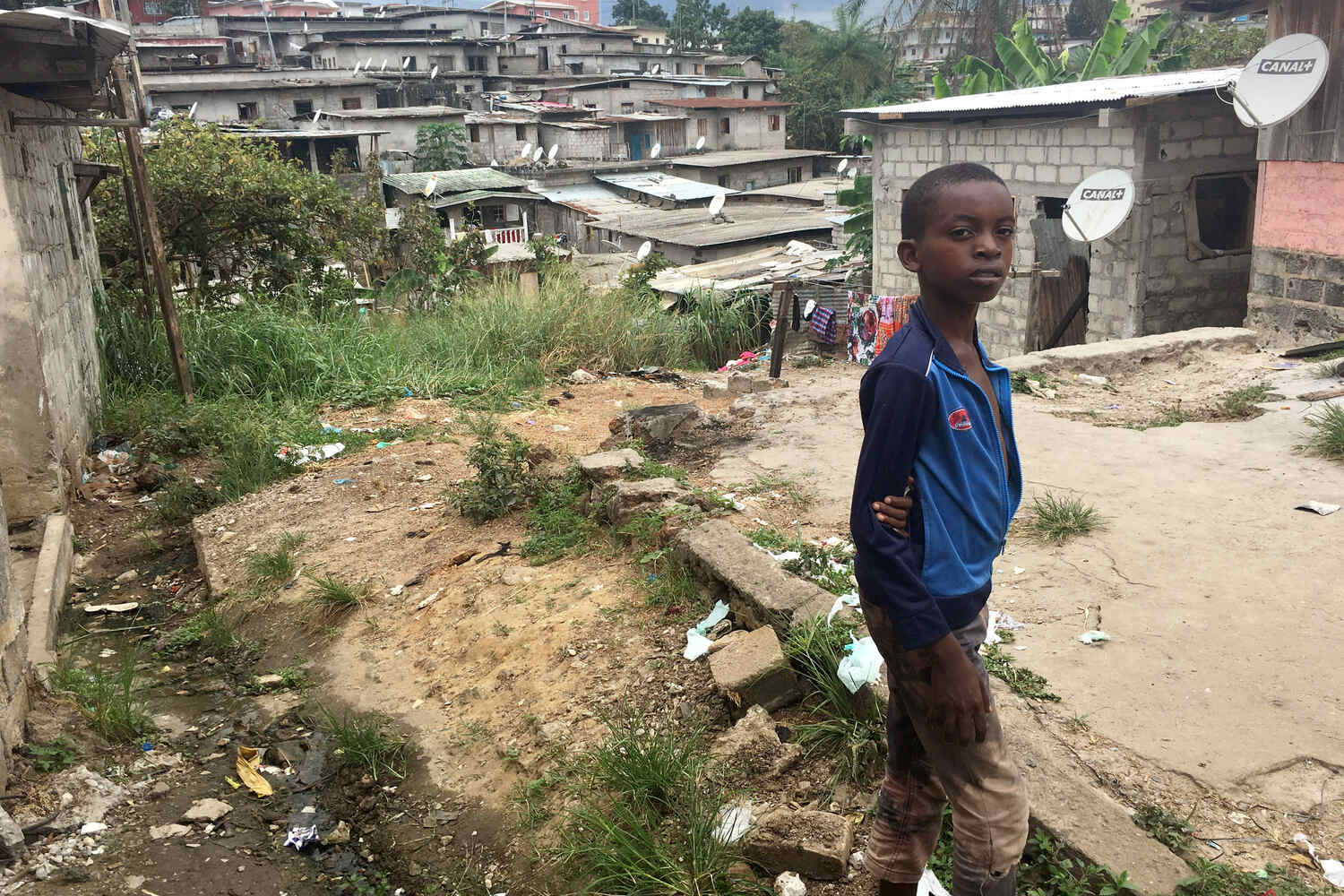 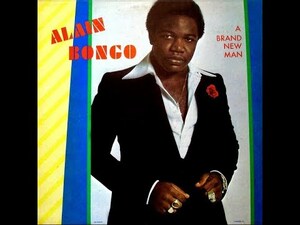 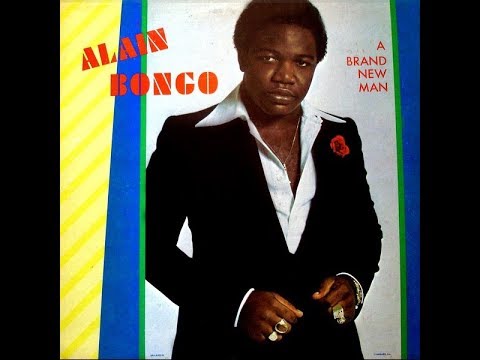 Credit: YouTube Alain Bongo released a funk album in 1978 before changing his name to Ali Bongo and in 2009 taking his deceased father’s seat as president of Gabon.

The patriarch’s son, Ali Bongo — a funk singer whose album “A Brand New Man” enjoyed some success — became president after his father’s death.

Ali Bongo’s election and re-elections were heavily disputed by political opposition, with the matter going all the way to the highest court, which is headed by Marie-Madeleine Mborantsuo, the elder Bongo’s one-time romantic partner.

Nicknamed 3M, the 65-year-old judge was the founding president of the Constitutional Court of Gabon, and has been instrumental in ensuring the longevity of the Bongos’ reign through various legal challenges to their rule. Her court oversaw the contested electoral results in 2009 and 2016, and sided both times with the president. 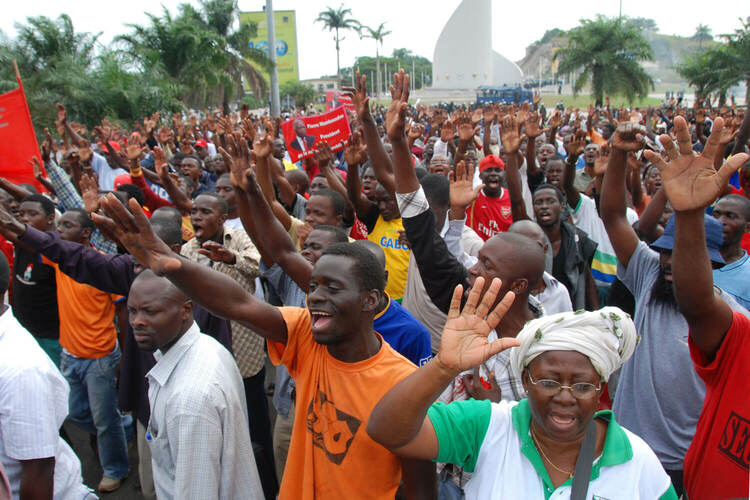 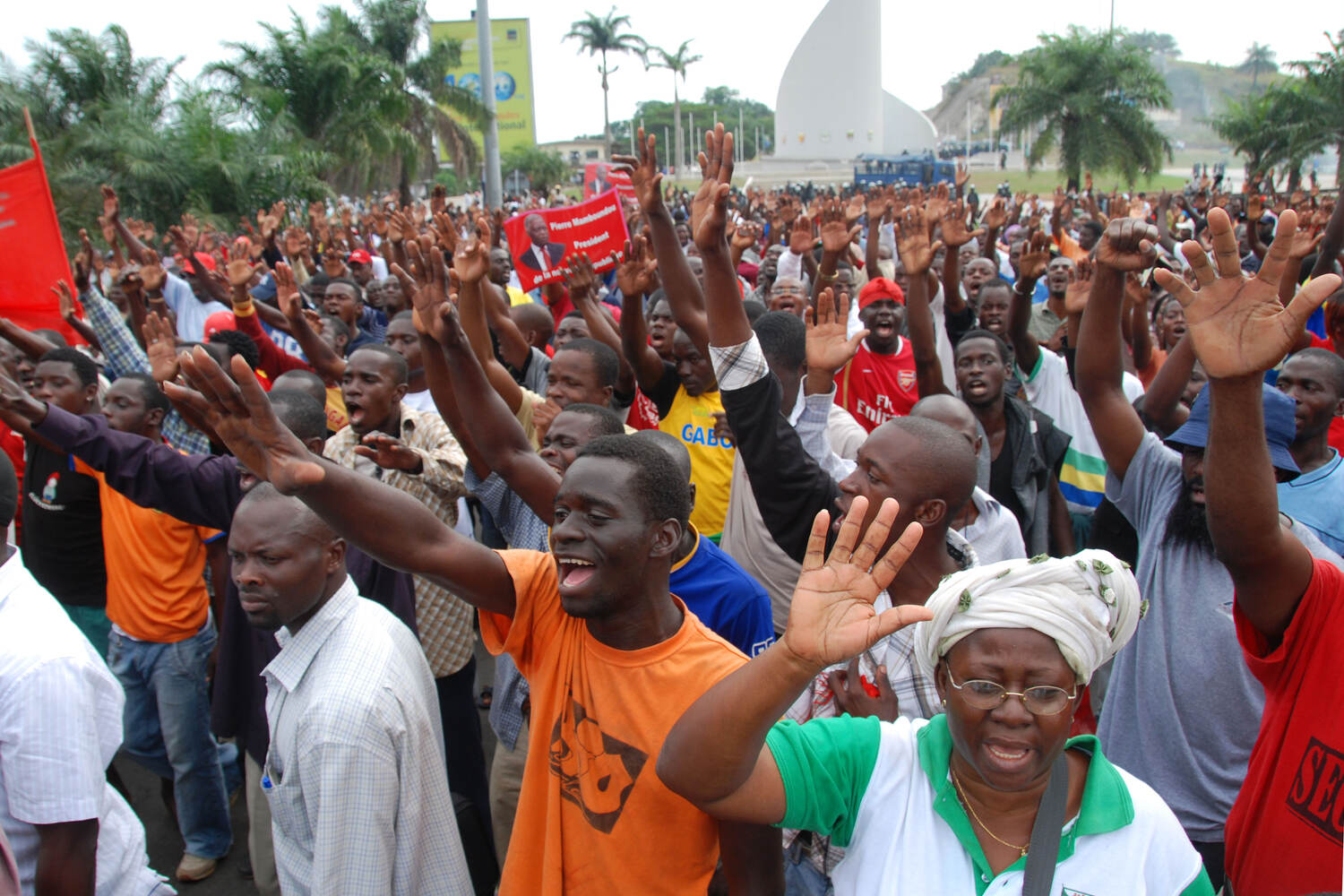 Credit: AP Photo/Joel Bouopda Tatou Opposition supporters await results of the 2009 disputed election, in which the constitutional court selected Ali Bongo as the winner of the presidency.

In 2018, when President Bongo became ill and was reportedly being treated in Saudi Arabia, only the Constitutional Court could legally declare a power vacancy, which made Mborantsuo “the kingmaker,” said Oumar Ba, an assistant professor of political science at Morehouse College. Instead, the judge and her court amended the constitution to allow the cabinet to convene and the vice president to assume temporary power until the president’s return.

“In many ways, she is not only a guardian of the institutions, but also the enforcer of the perpetuation of the Bongos presidency, stepping in and doing what is needed,” Ba told OCCRP.

Mborantsuo and her children purchased three properties in the Washington area. 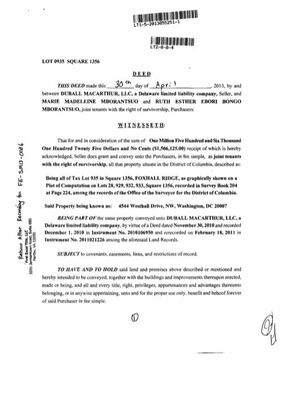 Credit: OCCRP Mborantsuo and her daughter purchased a $1.5 million townhouse in 2013 without a mortgage.

In 2013, Mboranstuo bought a townhouse with her daughter for $1.5 million in cash, in a small cul-de-sac nestled in the wealthy Palisades neighborhood of northwest Washington. The picturesque neighborhood, lined with lush trees and colonial homes, houses a large concentration of diplomats and government officials. According to public records obtained by reporters, the three-bedroom property was rented out for $7,000 per month in 2013. 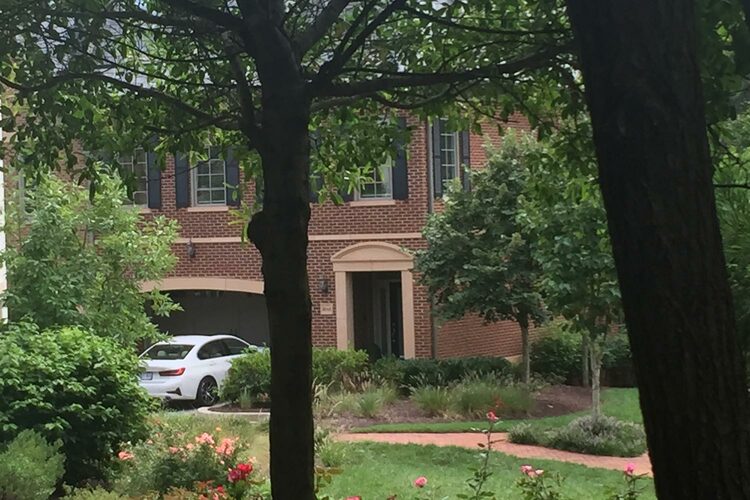 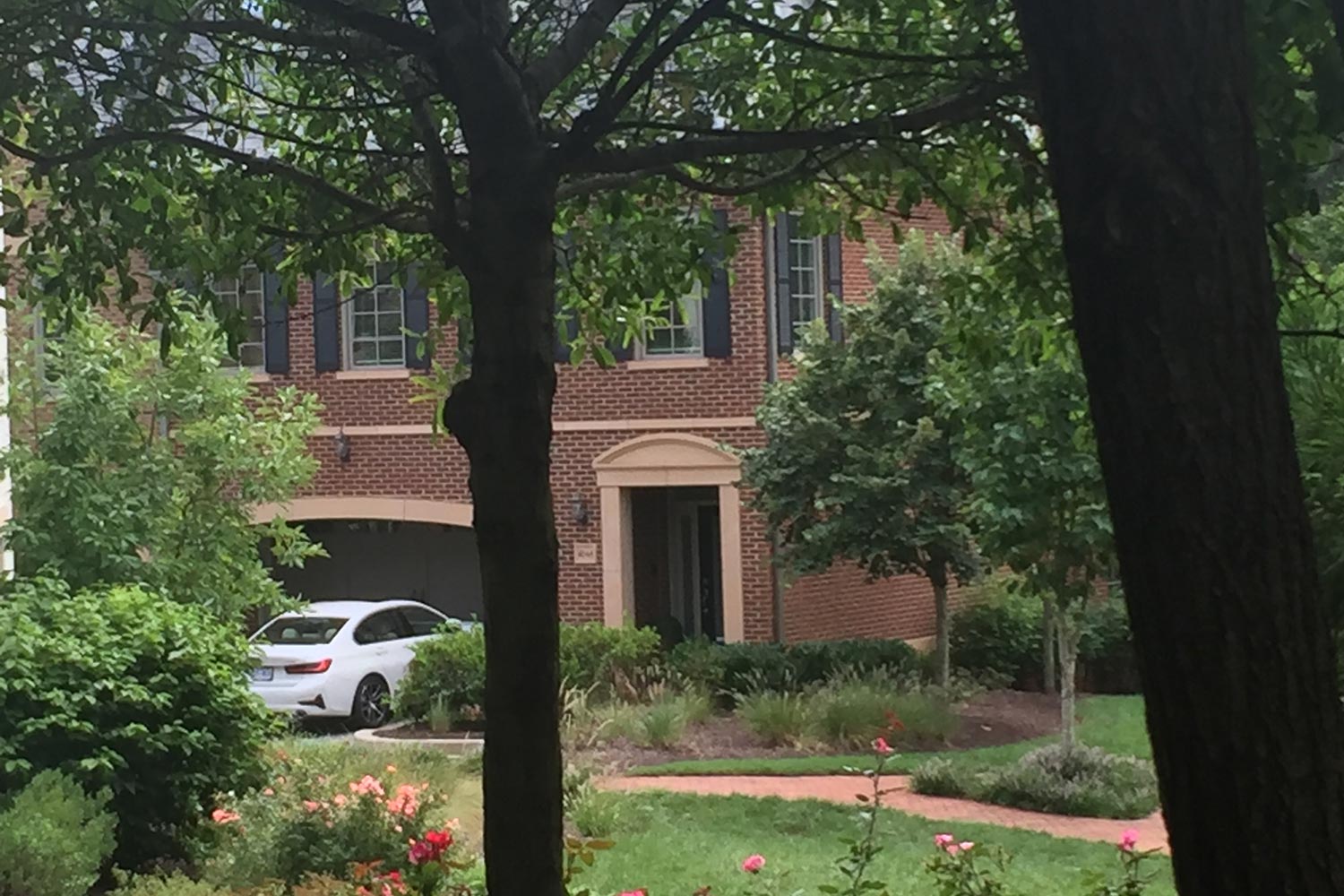 Credit: OCCRP The Washington, D.C., townhouse purchased with $1.5 million in cash by Mboranstuo and her daughter in 2013.

Two condos in the center of the city were purchased with a total of over $1 million in cash in the names of Mboranstuo’s son and daughter, in 2008 and 2015. The first apartment, which was sold this September for more than half a million dollars in cash, is located one block away from former U.S. President Barack Obama’s personal office in the tony West End neighborhood of the nation’s capital. 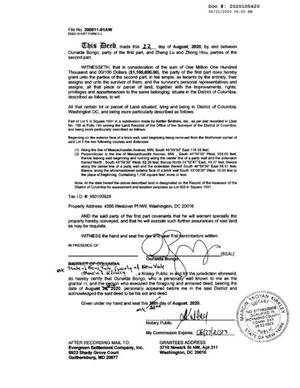 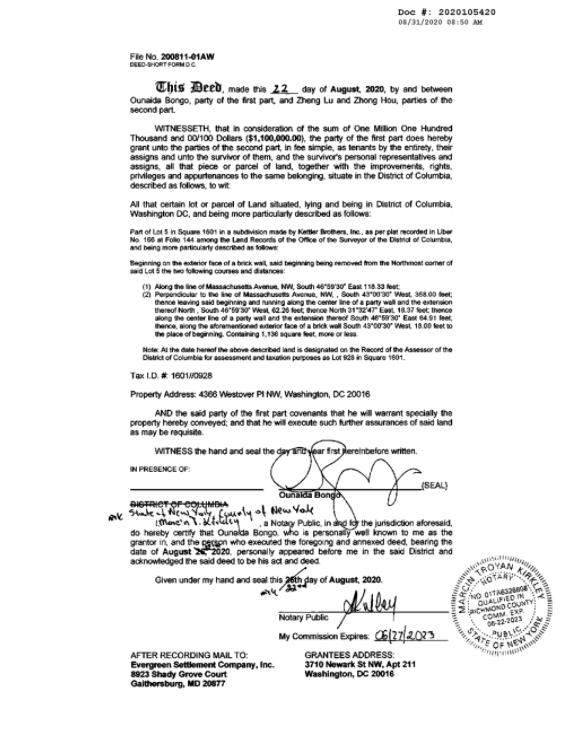 Mborantsuo, who declined to respond to questions from reporters, also reportedly owns real estate in South Africa and France.

Her official salary isn’t publicly known, but a Gabonese Minister of State reportedly earned an annual salary of around $140,000 in 2018, raising questions around the cash real estate purchases. Radio France Internationale reported in 2017 that French authorities are investigating Mborantsuo for corruption and money laundering.

A short drive from Mborantsuo’s D.C. house is an elegant townhouse that, until this summer, was owned by Ounaida Bongo, the half-sister of the current Gabonese president. Ms. Bongo, a one-time special adviser for communications in Gabon’s Presidential Palace, purchased the home in Washington’s exclusive Wesley Heights neighborhood in 2001 for $642,000 cash. The remodeled three-bedroom residence, which she sold for $1.1 million cash in August, sits in a gated community off Massachusetts Avenue, a verdant boulevard of luxury apartments, grand mansions, brownstones, and D.C.’s historic Embassy Row.

The house was listed on the market two weeks after the U.S. Justice Department moved to seize a $3.5 million home in nearby Potomac, Maryland, belonging to Yahya Jammeh, the former president of the West African nation of Gambia. The government said in its complaint that the property was purchased with embezzled public funds.

Not all the members of the extended Bongo family invested in prime D.C. real estate. 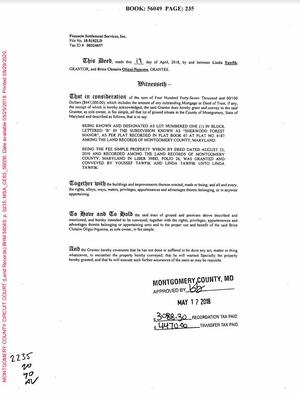 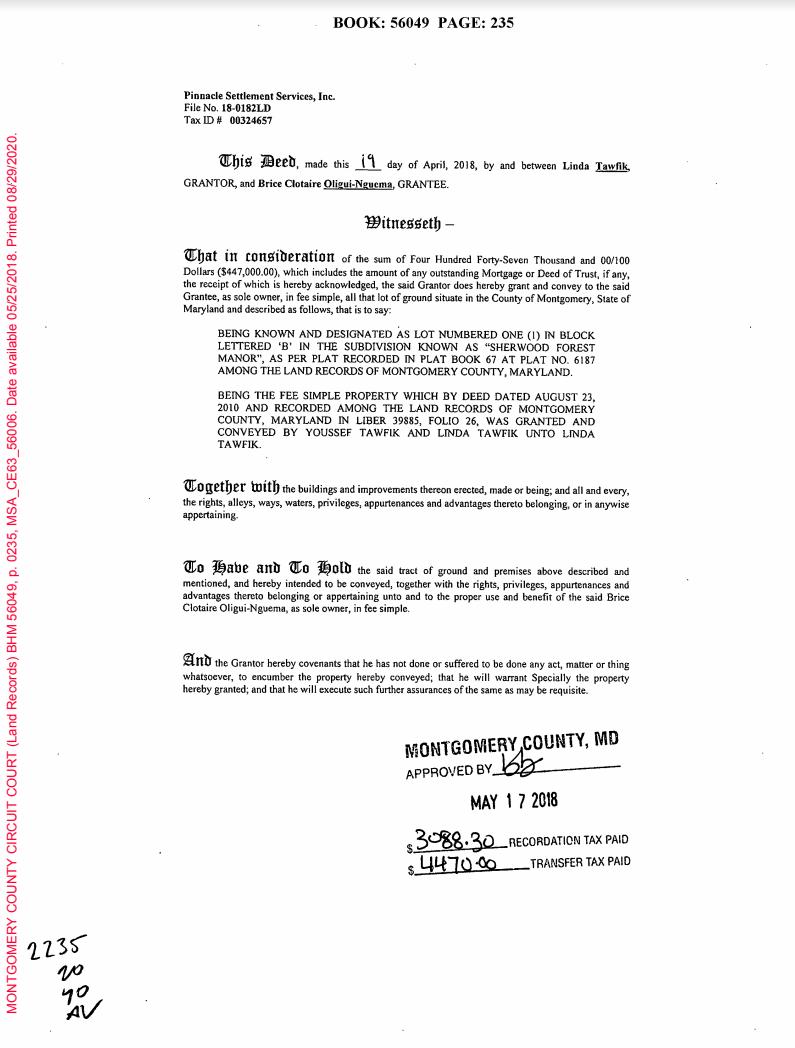 Credit: OCCRP Oligui-Nguema purchased a $447,000 Maryland property in 2018 without a mortgage. 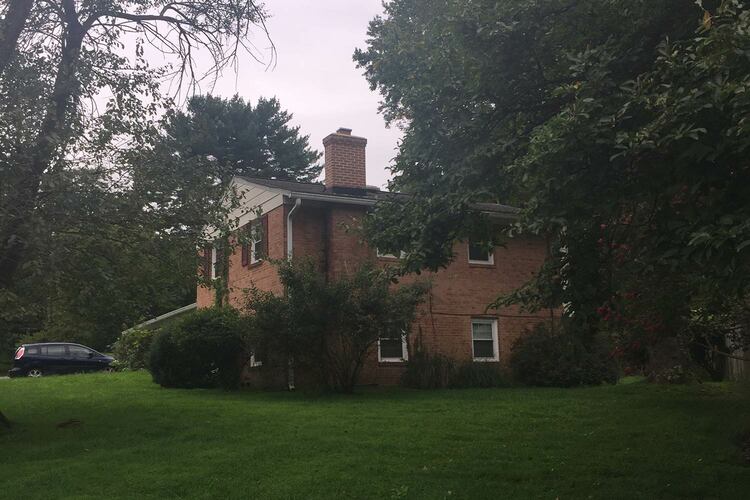 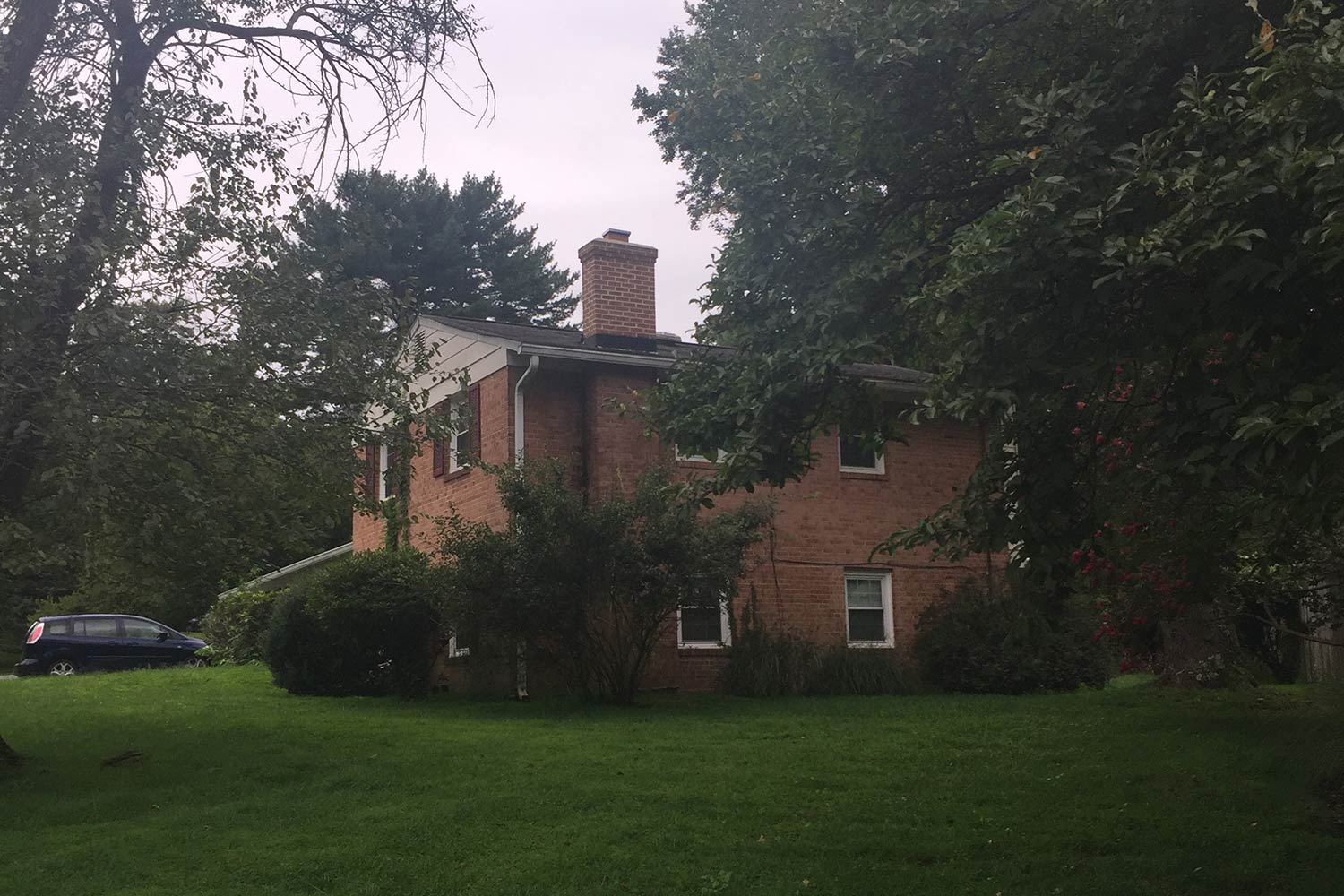 Brice Clotaire Oligui-Nguema, the president’s cousin, was recently appointed head of the elite military unit known as the Republican Guard, according to Gabonese news outlets. He bought three properties in middle- and working-class neighborhoods in the Maryland suburbs of Hyattsville and Silver Spring, just outside the capital, in 2015 and 2018. The homes were purchased with a total of over $1 million in cash.

He declined to respond to questions from reporters, saying: “I think whether in France or in the United States, a private life is a private life that [should be] respected.”

Clarification: This story was amended to reflect the fact that Ounaida Bongo sold her Washington, D.C., property in August 2020, and that Marie-Madeleine Mborantsuo’s daughter sold one D.C. property in September 2020.