Young Scientist Flies High with Leg Up From Putin

A 28-year-old woman previously known for her participation in the sports discipline called acrobatic rock-and-roll is heading a 110 billion ruble (US$ 1.5 billion) project to double the size of Moscow State University (MSU), Russian media is reporting. 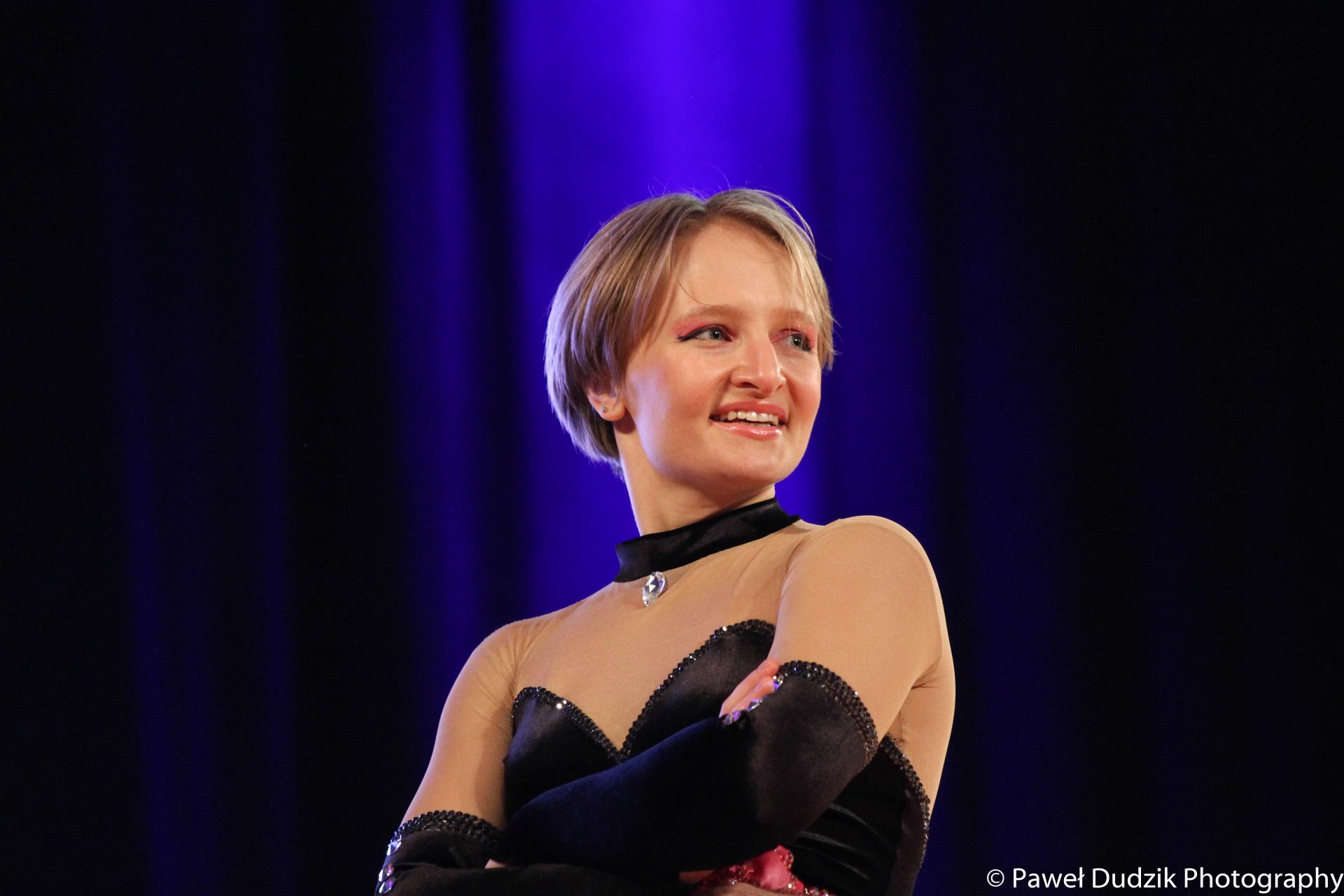 Katerina Vladimirovna Tikhonova did not respond to OCCRP’s request for an interview. She hasn’t given any interviews since the Moscow-based RBK media group published an investigative report in January of 2015 on the activities of the Innopraktika Fund, which she heads.

The fund, established in 2012, is developing the concept of the MSU Science and Technology Park, which RBK says is to be completed by the end of 2018.

The RBK report did not identify Tikhonova as Putin's daughter, but Geneva-based Russian blogger Oleg Kashin did. "This Moscow State University project is too big and to conceal her participation there was just impossible," he told Radio Free Europe/Radio Liberty.

The claim that Tikhonova is Putin's daughter was subsequently repeated by Bloomberg and Reuters, citing unnamed sources.

As the technology park will be one of the most ambitious projects in the history of MSU, OCCRP examined Tikhonova's credentials.

Who is Katerina Tikhonova? 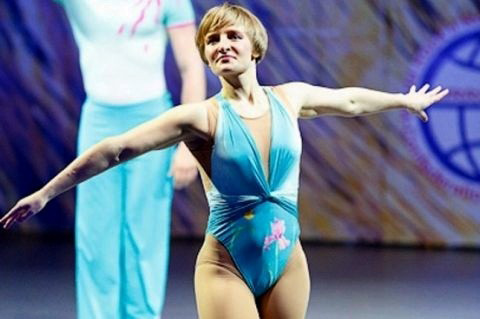 Little is known about Putin’s two daughters, who for years have avoided the limelight. His oldest daughter, Maria, is 29; and it is unknown what she does for a living, or where she went to school. The woman now identified as his younger daughter, Katerina, is a competitor in acrobatic rock-and-roll, an athletic and competitive dance discipline.

According to the MSU website, Tikhonova is also a member of the MSU Academic Council, where she serves alongside noted academics and doctors of science.

She joined the council sometime between April 2014 and January 2015, as determined by a search through the site’s archives, which showed that in April 2014, Tikhonova was not on the roster; as of January 2015, she was listed. According to RBK, it was in May 2014 that the Innopraktika Foundation was tasked with developing the concept for MSU's Science and Technology Park.

Tikhonova has quickly moved from an unknown to one of the country’s most influential scientists. Very little is known about Tikhonova’s scientific credentials.  But the Istina website (where MSU staff members report their scientific achievements) indicates Tikhonova has been working in the field of mechanics and mathematics for four years. In 2011 she participated in an international conference with a report on “Haptic Diagnostics and Tactile Broadcasting,” which appears to involve using the sense of touch to diagnose illness.

She had some distinguished partners on the report. The co-authors were MSU Rector Victor Sadovnichy; Professor Vladimir Alexandrov, head of the Department of Applied Mechanics and Doctor of Physics and Mathematics; and a graduate student (now an employee of the same department), Galina Sidorenko.

Most of Tikhonova’s scientific activity occurred between 2012 and 2014. In 2012, she contributed to two papers and two software programs; in 2013, a patent, a book, one scientific paper in Russian and one in English; in 2014, another patent, more software, a specialized manual on Theoretical and Applied Mechanics, and two papers were published in English language volumes. So far in 2015, Tikhonova has contributed to another English-language paper.

Since its founding in 2012, Innopraktika has grown rapidly to become one of the wealthiest non-profit foundations in Russia. In its short history it has acquired influential sponsors, mostly managers of large state-owned corporations and companies such as Rosneft (oil), Gazprom (gas), and Rosatom (nuclear energy), all companies controlled by friends of Vladimir Putin.

Innopraktika also wins tenders (mainly for research and development) from those same state corporations. For example, the website of state procurements reports that in 2015 it signed contracts with Rosneft alone for more than 100 million rubles (US$ 1.4 million).

Innopraktika Fund activities became known to the general public through RBK’s investigative report, "Who is behind the Moscow State University expansion?" published in January 2015. The RBK journalists were the first to note that the fund, established in 2012, is responsible for developing the concept of MSU’s Science and Techology Park despite being little known within the scientific community.

According to RBK, the territory of Russia's main university is expected to more than double in size by the end of 2018. New academic buildings, dormitories, and hundreds of thousands of square meters of housing are planned for the area between Vernadsky Prospekt and Michurinsky prospect (about 240 acres).

The publication says the project is estimated to cost 110 billion rubles ($ 1.5 billion) and a main investor may be Inteko, owned by entrepreneurs Michael and Sait Gutseriev and Mikhail Shishkhanov. This company was a co-investor in the construction of MSU’s Fundamental Library and has also built two academic buildings and two residential buildings on campus.

The Innopraktika Foundation actually encompasses two organizations, both connected to Tikhonova: the Center for National Intellectual Reserve (CNIR), which she heads;  and the National Intellectual Development (NID) non-profit, which she founded. Both are now under the Innopraktika foundation umbrella and thus part of MSU, with Tikhonova as director.

CNIR was established at MSU in March 2012 as "an integration platform for interaction between scientists and business," while NID appeared later, in December 2012. Natalia Popova, NID’s vice president, told RBK it was needed in order to attract other universities for partnerships, and execute various business contracts.

The day after RBK's story on the Science and Techology Park project and Innopraktika's activities appeared, journalist Oleg Kashin published his own investigation on his website Kashin.guru, claiming that Tikhonova is Putin's daughter.

Kashin believes that the name Tikhonova is a pseudonym, derived from Katerina’s grandmother’s middle name:  Katherina Tikhonovna Shkrebneva (Putin said in his biography that he named his youngest daughter in her honor).

Kashin further points out that Tikhonova competes as an acrobatic rock-and-roll dancer and serves as vice president of the World Confederation of the sport, in addition to heading Innopraktika. Her dance partner, Ivan Klimov, is a board member of NID.

Foreign publications including Reuters and Bloomberg have reached similar conclusions, and a source close to the MSU Mechanics and Mathematics Faculty confirmed to OCCRP that Tikhonova is Putin’s daughter.

Putin's official spokeperson, Dmitry Peskov, has neither confirmed nor denied the story. "I do not know who this is. I can’t form an opinion about it, I do not know. Until now, many girls have claimed to be Vladimir Putin’s daughters," Peskov told Forbes magazine.

"We conduct experiments together"

A reference to Tikhonova’s work on MSU's Istina site includes her e-mail address, registered in the domain innopraktika.ru, as well her full name, Katerina. The documents for the software contained her middle name, Vladimirovna, indicating in the Russian style that her father's name is Vladimir.

Among the authors of Vestnik, a quarterly academic publication of Novgorod University, Tikhonova is called a “candidate” in physics and mathematical sciences. However, no thesis by Tikhonova can be found in the database of dissertations at the Russian State Library, which contains all defended theses in the country. There is no such information on the MSU website either, which normally contains information about all researchers who have defended theses at the university since 1999.

In other scientific papers that OCCRP was able to find in the public domain, Tikhonova is referred to as a staff member of the Mechanics and Mathematics Faculty of MSU. However, she is not listed as such on the official faculty website.

Popova, the NID vice president, told RBK that Tikhonova did study at MSU, but did not specify which faculty she graduated from.

Alexandrov, the head of the MSU Department of Applied Mechanics and Control who holds a doctorate in physics and mathematics and is one of Tikhonova's co-authors, said Tikhonova graduated under his supervision a few years ago but did not apply for graduate school.

"She has a lot of work in the center [CNIR]. As I understand it, it is very difficult to be within a rigid framework of graduate school on top of that. She is, however, engaged in scientific work, together we conduct experiments. We now have a partnership program with Mexican universities, a broad field for experimental activities,” Alexandrov told OCCRP.

The Istina website says that Tikhonova earned a “specialist” diploma, equivalent to a western master’s degree, which she defended in 2011 under Alexandrov’s supervision.

But not all the information lines up behind Kashin’s theory. In 2005 Komsomolskaya Pravda published an interview with Ludmila Verbitskaya, the rector of Putin’s own alma mater, St. Petersburg State University. She claimed that both Putin daughters were attending her university, and the youngest - Katerina - was accepted to the Faculty of Oriental Languages in 2005.

OCCRP couldn’t get Tikhonova’s views on this, or anything. The Innopraktika Foundation did not respond to official inquiries, while an email sent to Tikhonova’s email address was never answered.

According to Alexandrov, Tikhonova’s area of scientific research is the creation of mathematical models of neurons in the inner ear, which can be used to develop tools to help people orient and balance themselves, especially astronauts, the elderly and the sick.

Other co-authors did not comment on Tikhonova's participation in scientific projects: letters went unanswered, and telephones calls to specialized departments were not returned.

Dmitry Bugrov, senior researcher at the Department of Applied Mechanics and Control, told OCCRP that he did not have "enough free time to waste on discussion and evaluation of the research activities of my colleagues." Together with Tikhonova, Bugrov registered a patent, developed a scientific and practical course and wrote two papers. However, he told OCCRP that he did not know whether his colleague was the director of Innopraktika.

Andrei Rostovtsev, a doctor of physics and mathematics who co-founded the Dissernet project that analyzes scientific works in terms of borrowing and plagiarism, sees nothing unusual in the list of Tikhonova's publications.

"For scientific work in a technical field it's characteristic to have a large number of authors," says Rostovtsev.

At the same time, he says it can’t be known exactly what Tikhonova has contributed to scientific papers and research. For her to be listed as contributor, “there has to be an academic record in her biography -- graduate student, (or) Candidate of Science. She has to have worked a certain number of years in science, and you can't hide that in your pocket.

“In almost in every scientific work there are students and grad students working alongside rectors and department heads. In Russia very often (the students) do all the actual work, and all titled academics tag along. But in case of scientific papers, it’s impossible to track who the author actually is and who is responsible for which part of it".

Rostovtsev says the amount of scientific work registered in the network may indicate that Tikhonova is preparing to defend her thesis: "With this set of publications one can already go to defense."

Tikhonova’s status at MSU is not entirely clear, but she does not appear to hold a faculty job. Alexandrov notes that Tikhonova "is attached to the faculty … she is into science on a voluntary basis. She is a science enthusiast, if I may say so. But you understand that we are not talking only about pure science here. We hope that our research can help the old and the sick, not to mention the astronauts and athletes. In other words, we are result enthusiasts."

Despite the fact that the CNIR and NID organizations have existed for three years, and despite recent media speculation about Tikhonova, Innopraktika is barely known within the university community. In conversations with OCCRP, Alexandrov called CNIR a "youth center” and said he once attended a meeting there. Several other MSU professors said that they knew nothing about the activities of the Innopraktika Foundation.

And yet the NID fund has one of the largest budgets among Russian non-profit organizations. According to the report submitted to the Ministry of Justice, in 2014 the organization's budget amounted to 281 million rubles (almost US$ 4 million).