Official Car Smuggled Drugs, But Nobody Seemed to Care 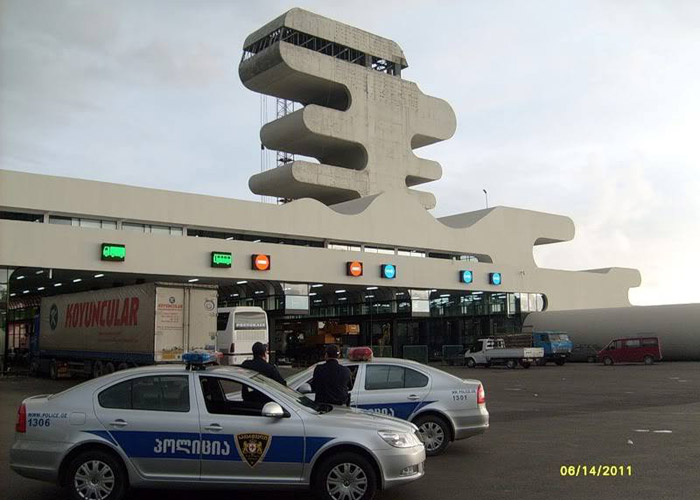 The zone just past the border entry from Turkey to Georgia where political operative Kakha Kividze was arrested on narcotics charges. When a Hyundai sedan assigned to the chairman of the Batumi City Council was involved in a middle-of-the-night drug arrest at the Turkey-Georgia border three years ago, the council chairman was allowed to walk away.

To this day, there is no public record of his being ever questioned in connection with the case.

The car was supposed to be used for official business only. Police say that riding in it at about 1 am on Sept. 20, 2013, were Batumi City Council Chairman Irakli Cheishvili, longtime local political operative Kakha Kikvidze, and a driver.

Kikvidze was arrested on narcotics charges just inside Georgian territory near the border crossing. Cheishvili and his driver were allowed to leave the arrest scene without being questioned. Two years later, Cheishvili remains in his post as council chairman. 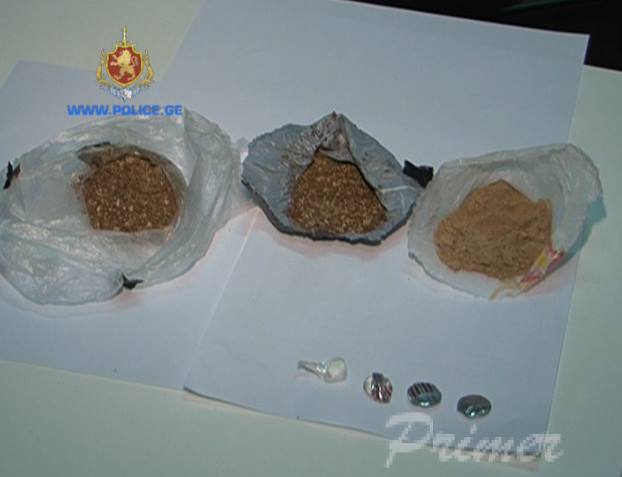 Georgia police officials say these drugs were confiscated in the arrest, but have yet to release information on the chemical makeup of the drugs. Over the course of the next year, a group of politicians from both Cheishvili's ruling Georgian Dream coalition and from opposition parties were united in their concern at the lack of official action. They wanted questions answered: how did a government vehicle become involved in criminal activity? Was it a one-time event, or an ongoing operation? Was Kikvidze acting on his own, or was there more to the story?

The politicians, a group that included a high-ranking Georgian member of Parliament and members of the Adjara Region governing council, started asking questions and arranging meetings with top government leaders to get to the bottom of the affair. Cheishvili has never been forced to formally answer questions about the case, despite:

No information has been released on the quantity or type of drugs found on Kikvidze, who was quickly released on bail. On July 22, 2014, Kikvidze was given a four-year suspended sentence with no jail time to serve and fined US$ 4,435.

What actually happened that night remains unclear, in part because government officials won’t answer questions. Some appear to want to bury the story. And when a reporter for OCCRP asked Cheishvili for clarification this July, over the space of four days he gave two conflicting accounts of what happened that night. 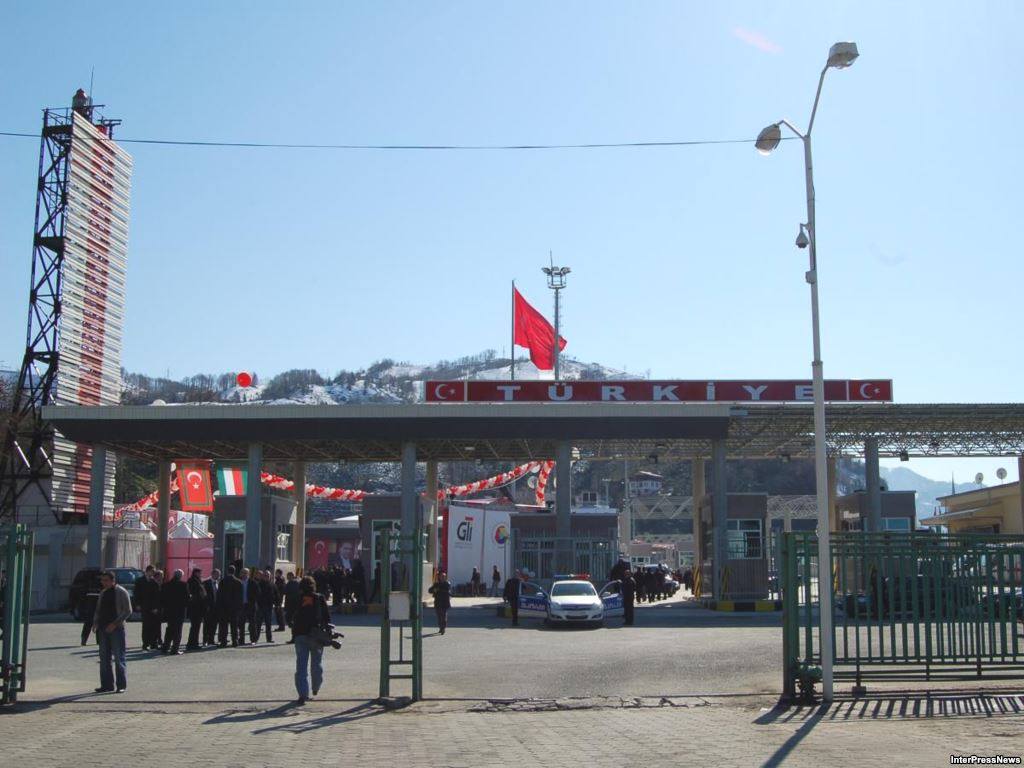 Georgian officials eventually confirmed that the government car assigned to Batumi City Council Chairman Irakli Cheishvili made multiple late-night trips through this border crossing into Turkey. Batumi, the capital of the Adjara region, is a Black Sea resort city 15 kilometers from the border with Turkey. For decades it has been a popular holiday spot, drawing visitors from all over the former Soviet Union. More recently, a collection of exotic new hotels and casinos attract party-minded guests, many coming from Armenia and Turkey.

The drug arrest occurred on Sept. 20, 2013, five weeks before a Georgian presidential election. At that time, Cheishvili was head of the Batumi election team for the Georgian Dream ruling party coalition. Kikvidze was a well-known Georgian Dream party worker.

Adjara Region Councilwoman Vasadze said Georgia’s Special Operations Department (SOD) officers who made the arrest told her “that Cheishvili and (Kikvidze) came from Turkey to the border together in a car with a driver."

When they got out of the car to walk through customs, officers say they found the drugs on Kikvidze. (Officials still refuse to say what drugs or how much.) The officers allowed Kikvidze to walk out of customs onto Georgian territory, where he was arrested by SOD officers on narcotics charges and quickly released on bail. The SOD officers allowed Cheishvili to leave the scene with his car and driver.

It is unclear when party higher-ups learned of the matter. But certainly they knew by Nov. 16, 2013, when Georgia’s Deputy Parliament Chairman Dumbadze met with then-Prime Minister Ivanishvili and told him about the case. (Ivanishvili resigned as Prime Minister four days later and was replaced by Garibashvili in a move that had previously been announced.)

Dumbadze recently produced a notebook for an OCCRP reporter. "Look, the date is marked, Nov. 16, a Saturday. I have marked all the issues that I was going to discuss with Bidzina Ivanishvili. Look what is written here. Narcotic drugs ... were found in Cheishvili’s car. This is the information I delivered to Ivanishvili.” A spokesperson for Ivanishvili confirms that the meeting took place. 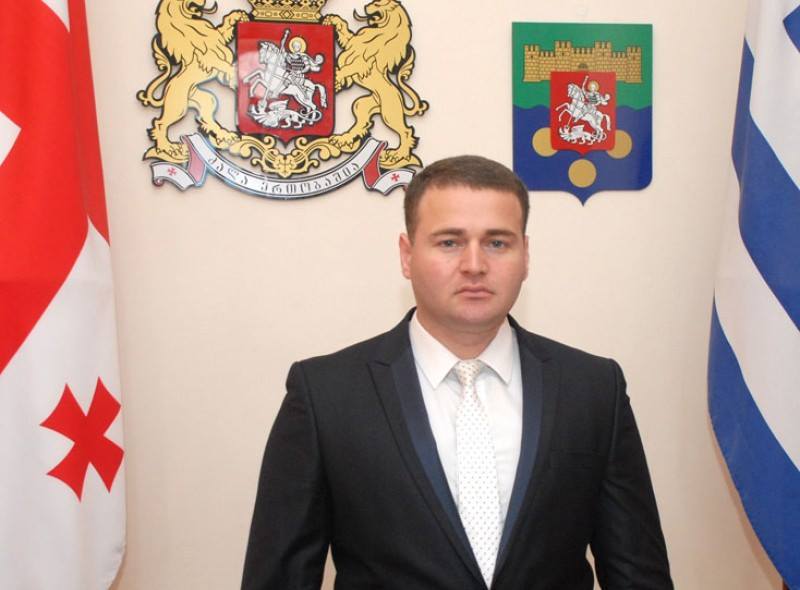 Batumi City Council Chairman Irakli Cheishvili denies any knowledge about the drug bust. Nothing happened as a result of that meeting. Cheishvili continued to head the Batumi council. It was as if the arrest had never occurred.

In September of 2014, a year after the arrest, Deputy Parliament Chairman Dumbadze and Adjara regional councilpersons Putkaradze and Vasadze raised the matter again, this time in a face-to-face meeting with Prime Minister Garibashvili.

Putkaradze said they met the prime minister in Tbilisi, which a spokeswoman for Garibashvili confirms. Putkaradze, Vasadze and Dumbadze all say they told Garibashvili that Cheishvili's official car had been used to import drugs. The three regional officials all say that Garibashvili asked them to keep the information secret.

But this time these officials did more than just tell the prime minister: they built a dossier on the case.

On Aug. 29, 2014, Vasadze sent the first of several letters to Adjara Region government chairman Archil Khabadze asking:  “In the period of Sept. 19-25 in 2013, the car of Irakli Cheishvili crossed the border into Turkey four times. Please provide me with information about the purpose of those movements.”

Vasadze received a refusal letter on these requests.

On Sept. 1, 2014, she sent the first of several requests to the Department of Criminal Police in the Georgian Ministry of Internal Affairs, asking if Kikvidze had been arrested between Sept. 19 and Sept. 25 in 2013 and also if there were any records of him crossing the Georgia-Turkey border on any of those days.

The Ministry of Internal Affairs twice refused to release this information.

Finally, with these facts in hand, the Adjara officials took steps to publicize the case. 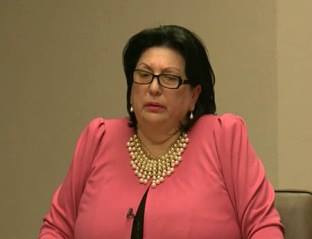 Medea Vasadze confronted a Prime Minister, and eventually read aloud the evidence she had collected at an open council meeting. On April 28, 2015, Vasadze brought a prepared statement to an Adjara regional council meeting in which she summarized the case: “We were informed that (Kikvidze) had been arrested. (He) is a close friend of Cheishvili who regularly crossed the Turkish border using the Hyundai automobile number CJC967 registered to the Government of Adjara. He transported narcotic drugs using this government vehicle. This is confirmed by the fact that the car used by Irakli Cheishvili arrived at the Georgian border at 1:27 am on Sept. 20, 2013. Simultaneously, a crossing of the border by (Kikvidze) was registered, and he was arrested upon leaving the car.”

Sept. 20 is the day police say Cheishvili and Kikvidze crossed the border together. According to a Batumi City Court decision, Kikvidze was arrested at the border on Sept. 20 and accused of possession and storage of narcotic drugs.

Three months after Vasadze’s public statement to the Adjara council, Cheishvili agreed to speak with a reporter from OCCRP.

Cheishvili says he used the government car for several trips to Turkey on official business. He says no official documents exist for these trips, because if he had filed the paperwork he would have received US$ 50 for each trip and he didn't want to take that money from the city budget.

Deputy Parliament Chairman Murman Dumbadze told former Prime Minister Bidzina Ivanishvili that their fellow Georgian Dream party member Irakli Cheishvili was on the scene of a drug bust. An examination of government travel records for the Adjara region suggests that such fiscal restraint is not the norm. For example, regional government chairman Khabadze claimed US$ 5,870 for business trips in 2014 and US$ 12,335 for the first four months in 2015.

Cheishvili admits knowing Kikvidze. “He's been involved in the election process since 2012," Cheishvili said. "Sure, I am acquainted with him."

He doesn’t deny that his car crossed the border at the same time that Kikvidze was arrested, but denies he had anything to do with the transport of narcotic drugs. On July 7, in the first of two interviews with OCCRP, he seemed to say he didn't even see Kikvidze that evening.

"When I crossed the border that night, I had no contact with the arrested man," Cheishvili said.

But four days later, Cheishvili recalled things differently: "I saw Kikvidze on the border (that night) and I said hello to him, because we knew each other before. We did not have a close relationship, but we were acquaintances. I do not remember the last (time) I had seen him before we met on the border."

Cheishvili has said he will file a lawsuit against Vasadze and Dumbadze seeking US$ 88,000 for moral damages. No lawsuit has been filed to date.