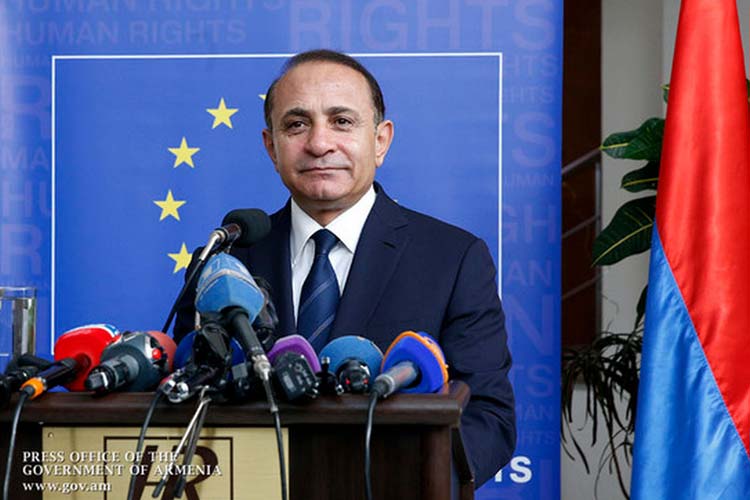 The Armenian Constitution prohibits government officials from engaging in commercial enterprises while in office, a statute that is seldom enforced.  Abrahamyan has no businesses officially registered under his name.

But his wife, his children and their spouses, his brother and his nephew are among the family members who own controlling shares in lucrative mines, shopping centers, hotels, alcohol production, food production, automobile service stations, and transportation, construction and real estate companies.

Abrahamyan and his wife Julieta do not hide the fact that they are wealthy: their combined official financial disclosures for 2013 totaled just over US$ 6 million. 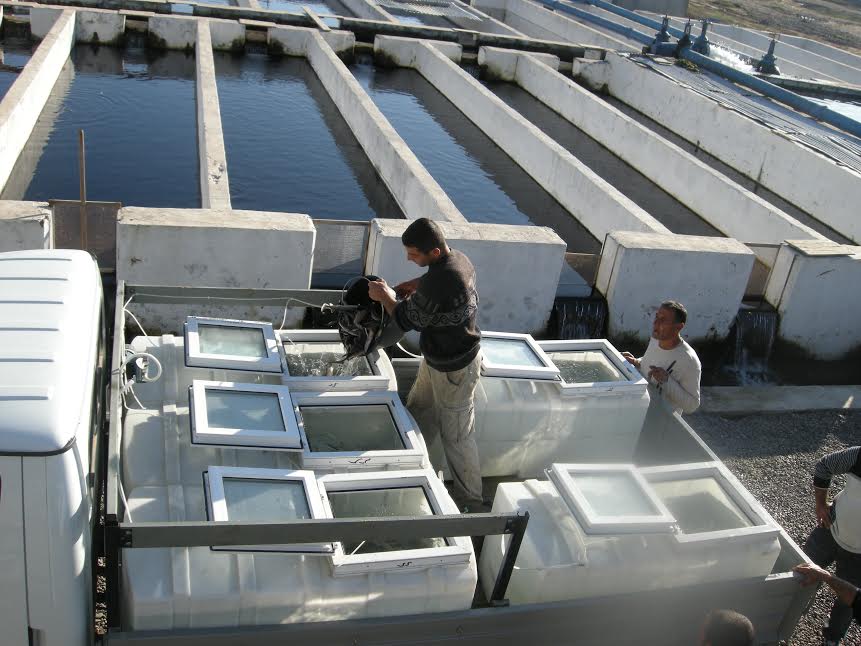 Armenia Prime Minister Hovik Abrahamyan's family holds shares in at least 35 companies, including Ecofish Trade Fishery.According to his former neighbors, Abrahamyan once had a job changing automobile oil at a gas station in his native village of Mkhchyan, a town in Ararat province about 25 kilometers from the capital city of Yerevan. But you will not read this in his official resume.  There you will read that he started off as the 32-year-old division head at the Burastan Brandy Factory and later was named director.

He rose steadily through the Armenian political system – member of parliament, mayor, provincial governor, minister of territorial administration, parliament president. Since May 14, 2014, he has served as prime minister, the second most powerful position in Armenia.

Will he eventually become president?

He’s been a good team player with the current Armenian president, Serzh Sargsyan, (serving twice as his campaign manager) and the presidents before him. Abrahamyan has played a pivotal role in driving voter turnout for their campaigns. 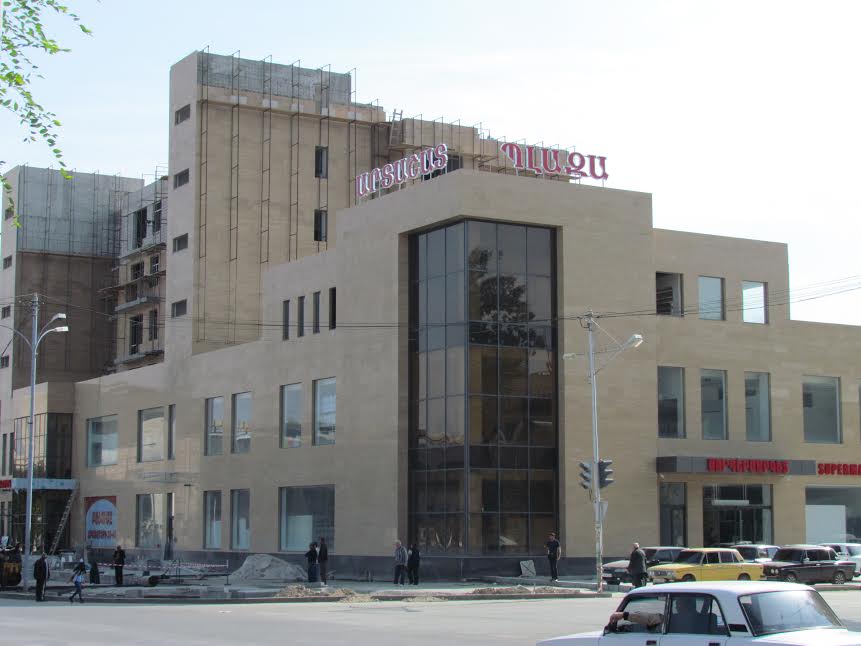 The prime minster's family holdings include shares in Artashat Plaza trade center.The businesses connected to Abrahamyan are registered under the names of family members and friends. Armenian public records shed little light on the value of individual companies, and Freedom of Information requests filed by OCCRP partner www.hetq.am on some of the these companies received no reply.

On May 21, 2014, when the parliament was debating the government’s economic reform package, MP Nikol Pashinyan directly asked Abrahamyan how he became so rich if he wasn’t engaged in business.

Abrahamyan told Pashinyan that he shouldn’t take such a “negative stance” towards business.  “As to my assets, I’ve never concealed the fact that I own things. I’ve revealed it all according to the letter of the law in detail. I worked for years in the agriculture sector, back when it was permissible for me to do so.

“During my various government posts, I never acquired any holdings and neither did I accrue them through corrupt practices.” 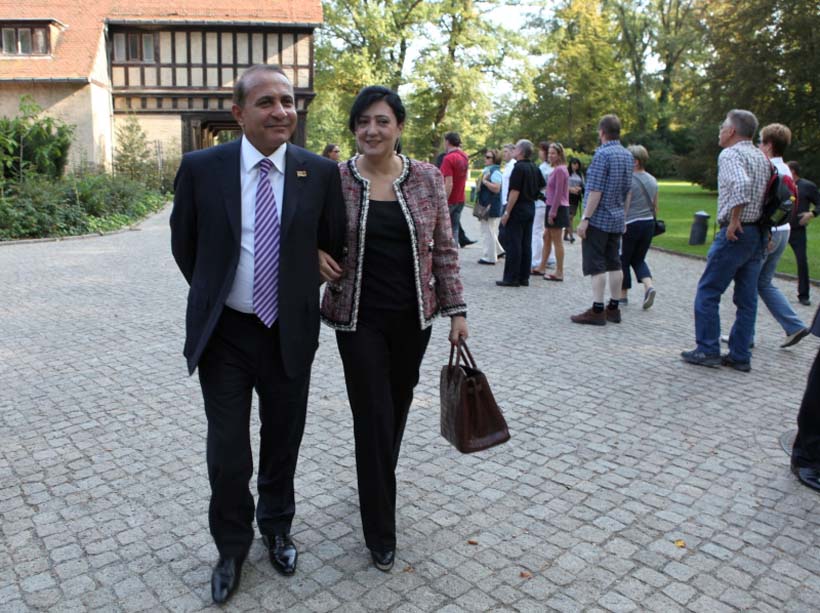 Prime Minister Abrahamyan with wife Julieta, who now has two businesses listed in her name.Although Abrahamyan says he is out of the agriculture sector, he has disclosed “income derived from sale of agricultural goods” in the amount of 125 million dram (about US$ 290,000) for the years 2011-2013.

She is the listed owner of 120 hectares of land in Narek (another village in Ararat province about 45 kilometers from Yerevan) that is used for growing hay and a vineyard. The Narek irrigation system is in bad shape, but in 2013 the European Bank for Reconstruction and Development (EBRD) lent Armenia US$ 30 million for irrigation improvements.  Narek is on the repair list.

Calculating the overall worth of companies in which the Abrahamyan family holds interests is difficult. Armenian law requires companies only to list the share capital it declares on the date of registration. Most of these companies listed share capital of about US$ 106.

Hetq.am has tried unsuccessfully on several occasions to get answers from the prime minister about his business interests. 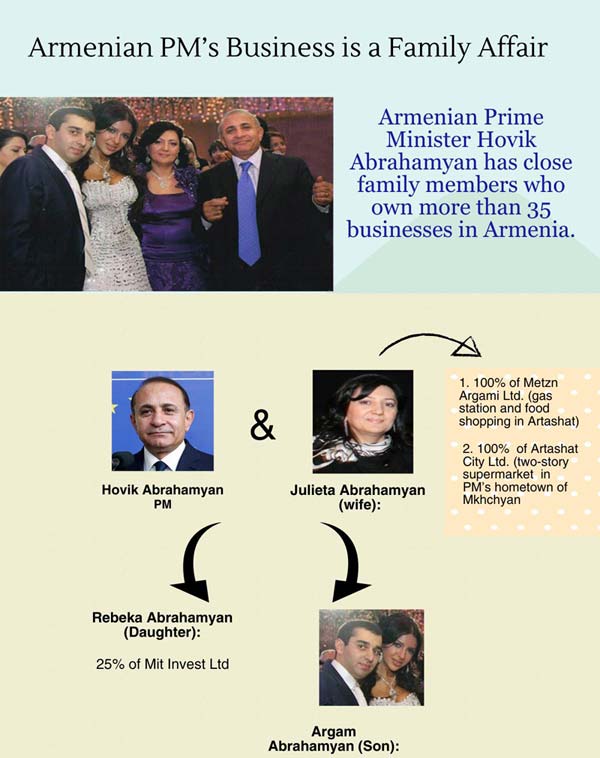 Click on image to see infographic.Two of the biggest family company shareholders, son Argam Abrahamyan and second cousin Gagik Poghosyan, also failed to respond to questions about their business interests.

The Abrahamyans keep an unusually low profile for the family of a prime minister. Argan Abrahamyan, 28, lists his profession as a lawyer. His sister Rebeka, 31, has no known profession.

Armenians know Prime Minister Abrahamyan by his nickname “Mouse”. In an interview with the newspaper 168 Zham, Abrahamyan explained that his nickname stems from a childhood incident when he ate half a bowl of Christmas candy. “My grandma, realizing I ate the candy, laughed and called me the mouse of the house,” he said.

The prime minister then confessed that nothing could be hidden from him, because he gets into every nook and cranny and locates what he wants.