Rade Rakonjac, 52, the former bodyguard of Željko “Arkan” Ražnatović, was killed Wednesday at noon as he sat with two friends in a Belgrade cafe.

Two gunmen shot Rakonjac five times in the neck and chest, and he died en route to the Military Medical Academy hospital. With Rakonjac at the Marikicafe were Stojan Novaković, 58, who was wounded, and former BC Beograd and BC Partizan basketball player Goran Ristanović, 57.

According to eyewitness statements, the assailants fled in an Alfa Romeo. Fifteen minutes later, the car was set ablaze in the Voždovac neighborhood of Belgrade.

In addition to Arkan, Rakonjac had another important link in the underworld – he was close to the notorious Serbian criminal and former Zemun clan leader Luka Bojović.

Rakonjac and Bojović knew each other from the early 1990s, when both were members of Arkan's Serbian Volunteer Guard. Following Arkan’s murder in 2000, the two continued to collaborate.

In a police chart obtained by the Organized Crime and Corruption Reporting Project (OCCRP) and the Center for Investigative Journalism in Serbia (CINS) Rakonjac is listed as an important collaborator in Bojović's group. According to the chart, Rakonjac was subordinate to Milos “Pižon” Petrović and Vladimir Mijanović, who both answered directly to Bojović. Mijanović was arrested alongside Bojović in February 2012 while having dinner at a restaurant in the Spanish city of Valencia.

According to the Special Prosecutor's Office, Bojović took over the Zemun clan after its leaders, Dušan Spasojević and Mile Luković, were killed in the 2003 police operation dubbed “Saber,” which was a response to the assassination of Serbian Prime Minister Zoran Đinđić. 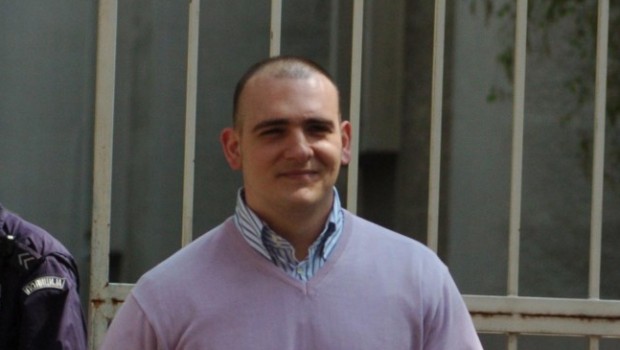 Bojović is currently in jail in Spain, and Serbian prosecutors have accused him of organizing the murder of three local criminals.

Bojović’s former associate, Sretko Kalinić, testified that Bojović tried to kill Andrija Drašković as revenge for the murder of Arkan.

Šaranović was arrested in Montenegro for this murder, but released from custody after the Montenegrin court refused to extradite him to Serbia. Read more about it in the article “Montenegro: Court Bars Extradition In Murder Case.”

Serbian media have speculated that Rakonjac was a victim of these conflicts, but police have yet to report clear evidence of a connection.

View Luka Bojović’s profile, put together by the OCCRP and CINS for a more in-depth look.