By Daniel Bojin and Paul Radu, with contribution from Sweden by Michell Gronlund 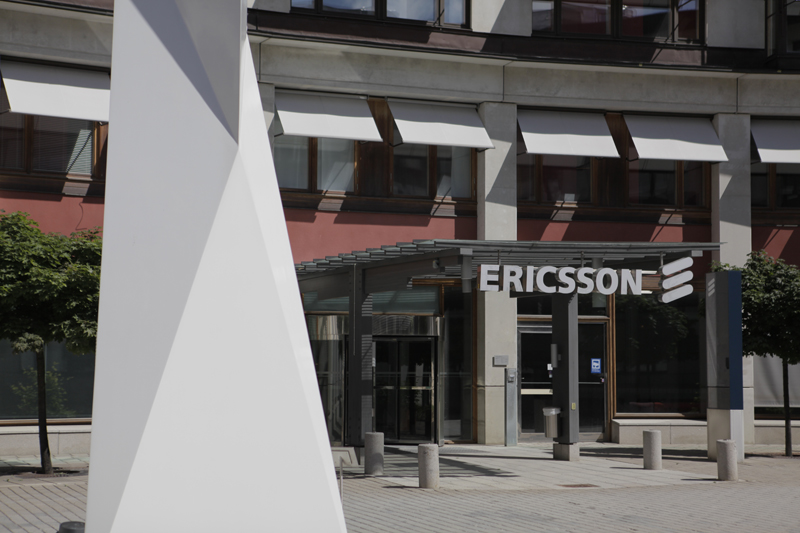 In a courtroom in the Swedish capital of Stockholm, a telecommunications executive and his employer have been fighting a pitched battle to see who is dirtier.  Ericsson, the Swedish telecommunication giant, claims Thomas Lundin, their former general manager in Romania, pilfered $7 million from them.

Lundin says the $7 million was part of a company-approved slush fund used to bribe Romanian officials and decision makers to get more business.  The case raises questions about how Western businesses really work in Eastern Europe and comes at a time when Swedish prosecutors are looking at a similar case involving officials at Teliasonera who allegedly bribed Uzbek officials for a 3G license.

Lundin says those bribes are the only reason Ericsson's business in Romania grew from virtually zero to US$1 billion.

“The market share increased from almost zero to about 60 percent. This increase in the market share was due to bribes. These bribes were eventually supplied by Ericsson,” Lundin said in court records.

But while the two sides argue over how the money was used, it is clear from court records that Ericsson set up sophisticated offshore companies and bank accounts designed to purposefully hide payments of money to so-called “agents” or persons who helped the company increase its business.  Just who these agents are is not clear although Lundin said they were Romanian officials and decision makers who were bribed.

Fredrik Hallstan, a spokesperson for Ericsson said the company has never paid bribes and blamed Lundin, saying the courts had so far ruled in their favor.

The case between Ericsson and Lundin, a Swedish citizen who worked for the company from 1979 until 2003, developed in secrecy as both sides tried to settle the matter in a Swedish Arbitration court.  The court sided with the company and ruled that Lundin should repay more than $7 million plus interest and court costs to Ericsson.  Lundin went ahead and sued Ericsson through the civil courts. The case is ongoing with the next hearing scheduled for Wednesday (March 6).  The case might have remained secret had not a Romanian stockbroker peripherally involved in the deal accused Ericsson of paying the bribes on Icelandic television. 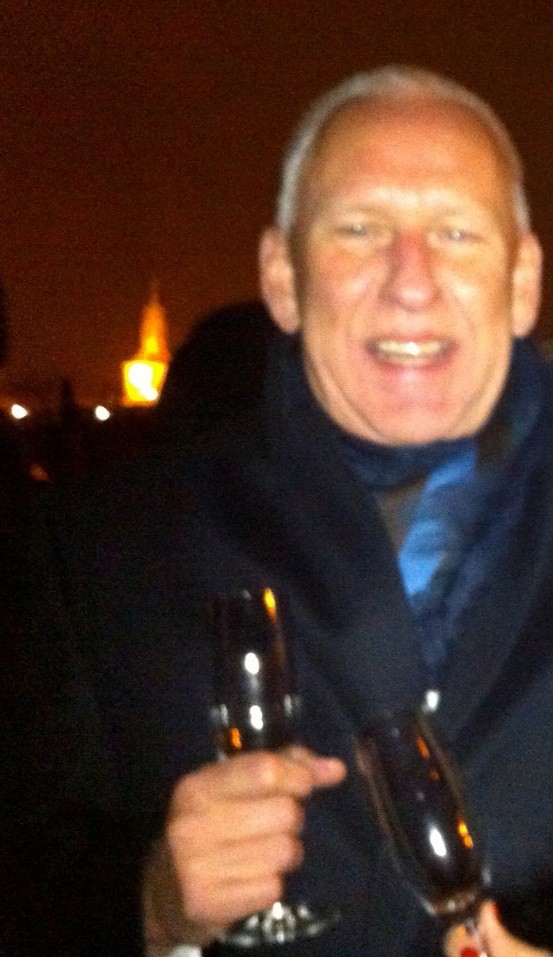 The cases shed light on how Ericsson operated in Romania under Lundin’s control. They also show how the telecom company set up offshore companies to make payments to important people – a system dubbed "The World Commission Scheme" (WCS). Lundin says the system was set up to bribe Romanian politicians and other decision makers.  Ericsson has said the system was used to make payments to people for increasing market share in new areas.

Court records say Ericsson set up WCS as a network of hidden offshore companies operating out of Cyprus, Liechtenstein and Switzerland. Lundin claims he used the network to bribe two former telecommunication ministers in Romania, Dan Nica and Sorin Pantiș. Lundin's lawyers state in court that Lundin cannot prove these payments because the politicians did not give him receipts for the alleged bribes. They also say that Ericsson's board was aware that these payments went to politicians.

"The fact that Thomas Lundin paid significant sums of money to the then minister of telecommunication in Romania, Dan Nica, he was doing so in Ericsson's interest" said a brief filed by Lundin’s lawyers.

Nica, who is a minister of telecommunications in the current Romanian government and who held a similar position from 2000-2004, denied receiving any bribe: "I'm absolutely surprised by these claims attributed to Mr. Lundin. It all seems a bad joke. I only had public, official meetings with Mr. Lundin while I was a minister of telecommunications in 2000-2004. He has never solicited any favor for Ericsson."

Pantiș also denied Lundin's claims: "It is a big stupid thing! It's idiocy! Of course, I know Mr. Lundin and Mr. Antoniu Petrescu (avice-president of Ericsson Romania) but I never had any special relationship with them."

Ericsson documents filed in the court show the company set up a series of secret financial mechanisms not associated with the company to make payments for the purposes of increasing market share and turnover in new markets like Romania.  Lundin was at one point in charge of the system.

But Ericsson claims that Lundin committed fraud and diverted US$23 million to personal accounts belonging to himself and other staff members in Bucharest.

Lundin was an employee of Ericsson until 2003 when he became a managing partner in WBS Holding, a Romanian brokerage firm.

Lundin told the court he was following instructions of his employer by secretly paying money to the decision makers in Bucharest. The WCS system set up by Ericsson was designed to pay "agents"- people who had the task of getting new contracts for the Swedish company. According to Ericsson's lawyers, agents were people who could advance the company's business: “having access to the right agent can make the difference between being expelled from a certain market and holding a leading position in that market.” Ericsson did not deny in court records that the system was put in place to secretly pay these agents but they claim the system was abused by Lundin and his colleagues.

Until 1998, these agents were paid directly by Ericsson, based on a confidential contract. According to Lundin: “payments to agents were made through a Citibank account. When LME (the Ericsson group) came to the attention of tax authorities for audit problems, because of the media exposure, but also as the result of the changes in the Swedish legislation, Ericsson designed a new system for paying agents. The main reason for the setting up of this new system – which, later on, was named Worldwide Commission Scheme -WCS– was to prevent the authorities and the media from seeing the payment documents.”

According to the documents filed in the court case, WCS introduced an extra layer, or intermediaries, between Ericsson and its agents, in order to “prevent, as far as possible, the disclosure of the identities of the agents that Ericsson was using in each country, and to protect their anonymity”. In turn, intermediary companies were to charge one percent of the total amount Ericsson transferred to its agent.

The coordinator of this system that included offshore companies and foundations in Liechtenstein was Liss-Olof Nenzell, an Ericsson representative in Romania in 1995 – 96.  Lundin took over for Nenzell.

The system worked smoothly until 2001, when Ericsson decided to put an end to it after an internal audit found irregularities within WCS.

In 2000, Richard Minogue, an internal auditor for Ericsson, conducted an audit of the WCS structure and discovered irregularities related to the payment system coordinated by Nenzell. Ericsson claims that, later on, they ordered the auditor to make a complete record of the money the group had paid to the “service companies” for the contracted agents. The payment inventory included a large number of bank accounts in different currencies. In the end, Minogue found that most of the payments were all right, but he also found some inconsistencies. Ericsson claims that some of the money went to beneficiaries who were completely unknown to the company and who had never been contracted by the company. Contacted by OCCRP, Richard Minogue refused to talk about this audit.

Meanwhile, one of the banks used in the system, Swiss-based UBS, noticed a series of quick transactions of large volumes of money moving  through offshore accounts.  They suspected money laundering and filed a complaint with Swiss prosecutors, who started an extensive investigation.  Ericsson claims they have contacted the Swiss prosecutor in charge of the case and explained that it wasn't money laundering but just payments to its agents.

As shown in the trial records, neither the audit nor the investigation conducted by the Swiss state investigated Ericsson’s usage of the WCS. However, the Swiss investigators allowed Ericsson to have access to the bank accounts controlled by Lundin and his colleagues. Even after getting access to the banking records, Ericsson moved very slowly. The Swedish company claims that in “2005-2006 it unraveled the transactions and got a clear view of the amounts of money diverted from the agents' accounts to other accounts”.

Ericsson concluded that, unbeknownst to the company,  over US$23 million were directed to several offshore companies and bank accounts belonging to  Lundin, Nenzell, and Antoniu Petrescu, the vice-president of Ericsson Romania in the first half of the 2000s.

However, the offshore payment system continued even after the WCS was shut down. According to the court documents, Ericsson signed a new contract appointing a Cyprus-based company, Telworldag Consulting & Marketing, to act as an “Ericsson agent” for the Romanian market.

According to the Cypriot company register, Telworldag was founded in March 2001 with a Swiss lawyer named Philippe Meyer as director. On May 29, 2001, Ericsson signed a contract with this company and over the next few years transferred large amounts of money to and from Telworldag’s bank account at Credit Agricole bank.

According to the case file in Stockholm, Meyer received orders directly from the Petrescu, vice president of the Ericsson subsidiary in Bucharest.

Ericsson claims that the money it was sending to Telworldag was then sent directly to the accounts opened by Lundin and Petrescu at Swiss UBS.

According to court records, Lundin held an UBS account controlled by his wife Cristina Nicoleta Lundin.  He had another account under the name “Benestad” that was controlled by his sister Eva Inngul. Benestad is the name of a town in Sweden where Thomas Lundin was born. Ericsson also claims that the money in this account was used to buy stock shares in companies such as America Online, Yahoo, Oracle and Cisco Systems.

Similar transactions were made from an account called AIG that was controlled by Lundin. Ericsson cites banking records showing that on July 11, 2000, US$1 million dollars was transferred to the AIG account. This was followed by intense securities selling and buying activity. On the same day Lundin opened the “Benestad” account, Petrescu opened a bank account called “Coletta” named after his daughter. Ericsson says that Petrescu paid back US$950,000 of the money in two transactions.  When asked to leave his position voluntarily, he agreed.

There is no evidence that Ericsson is being investigated by law enforcement for the system.  Lundin did not return calls to OCCRP. Except for a statement, Ericsson has not commented.