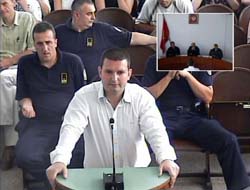 Duško Šarić, brother of the Montenegrin drug lord Darko Šarić, and two others were accused Friday by Bosnian police of laundering drug money through two offshore companies. The police of the Republika Srpska (RS) amended their report on Duško Šarić, Marko Dabović and Duško Kerkez, with evidence that the defendants laundered Šarić’s drug money through two Delaware, USA companies: Lafino Trade and Digivision LLC. The RS Police submitted their

findings to the Special Prosecutors Office in Banja Luka who will decide if charges are filed.

The defendants are suspected of operating as an organized crime group under the leadership of Darko Šarić, the Serbian businessman sought by police for trafficking cocaine between South America and Eastern Europe.

In May 2008, police allege the defendants signed a fictitious contract for consulting services between Lafino Trade LLC Delaware, owned by Duško Šarić, and Digivision LLC registered to Marko Dabović. The contract was paid through the Bobar Bank in Banja Luka and allowed them to launder around US$3 million in drug proceeds for Šarić, police say.

Dabović, who Serbian police say is a member of Šarić’s organized crime group, was arrested in April 2011 on suspicion that he participated in smuggling 990 kilograms of cocaine in Brazil in 2009. He is also charged with possesion of forged identification cards since he traveled to South America with a false UK passport under the name of Peter Arnold Marsh.

Šarić sold the leading Serbian cigarette and news distribution company, Štampa system doo, to WAZ for €29 million and the money was paid to the account of Lafino Trade LLC in an Austrian bank.

Duško Šarić, who is currently on trial in Montenegro for money laundering and drug trafficking, 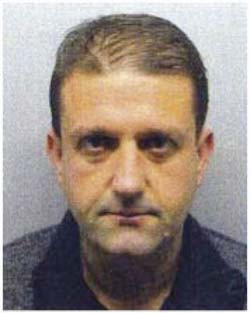 testified last year that he is an unwitting owner of Lafino Trade LLC.

"My brother, Darko, asked me for a passport for a few days and later I was told that €29 million was paid to an account (of Lafino - Trade LLC) in Austria from the sale of a company Štampa from Belgrade… That's what I know about the company."

Lafino Trade LLC also showed up in an OCCRP investigation into Zoran Ćopić, a Serbian businessman who was indicted by the Court of Banja Luka in September 2011 for laundering Darko Šarić’s drug money. Ćopić and two others were charged with using Šarić’s money to purchase a sugar factory in Bijeljina, a town in northeast Bosnia. In December 2008, US$2.6 million was transferred from Lafino Trade LLC to the account of Agrocoop, a company owned by Ćopić. In May 2009, another US$1.3 million were transferred to Agrocoop, this time from Darko Šarić’s offshore company Matenico LLC.