A series of stories documenting offshore tax havens, the criminals who use them and the millions of dollars in lost tax money has been awarded the top prize by the The International Consortium for Investigative Journalists.

The Organized Crime and Corruption Reporting Project assembled a team of reporters throughout Eastern Europe and the United States to track the burgeoning network of offshore companies used to hide ownership and assets, launder money and create secret businesses that elude law enforcement agents worldwide.

The award was announced in Kyiv, Ukraine at the 2011 Global Investigative Journalism Conference.  The prize is named in honor of Daniel Pearl, a Wall Street Journal reporter who was murdered in Pakistan in 2002 while attempting to interview members of the Al Qaeda terrorist network. 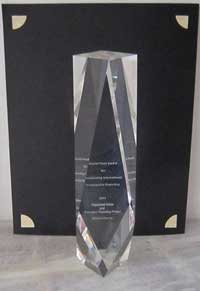 OCCRP was selected the top project out of 70 entries from 30 countries.  Finalists for the award included Bloomberg Markets Magazine, The New Yorker, ABC News, Forum for African Investigative Reporters (FAIR) and a consortium of NPR, Radio Canada/CBC, and Swiss TV TSI.

Freelancer Mimi Chakarova won a U.S. award for her story 'The Price of Sex,' which documented the experience of Eastern European women trafficked and coerced into prostitution outside of their home countries.

Just weeks after the publication of OCCRP's story, Laszlo Kiss, a high profile tax evasion consultant, was arrested and charged with complicity in embezzling and money laundering.  Kiss had asked the OCCRP reporter for a share in what he had believed were profits from illicit activity.

Kiss' associate Ian Taylor, a business registration agent based in New Zealand, was forced to halt operations in June. 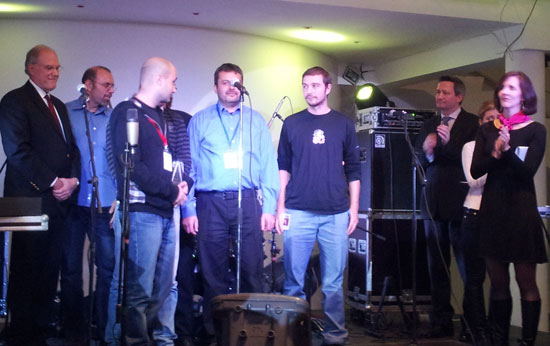 Reporters from OCCRP accept the 2011 Daniel Pearl Award at the Global Investigative Reporting Conference in Kiev.