Contacts as Important as Talent in Football

Talented young football players in Bosnia and Herzegovina (BiH) know that the best way to reach the highest levels in the game is to get out of their country.

Coaches and players who talked with the Center for Investigative Reporting in Sarajevo (CIN) said that the poor facilities, lack of systematic training, poor quality of football and low pay in BiH make it a bad place to build a football career.

“It’s a fact you have to leave this place (BiH) if you want to do something and make it.”

But seeking careers abroad can leave ambitious players susceptible to deals that promise quick money and stardom but then fall short or land them in places where they can’t develop. And the departure of young players leaves BiH football without some of its most promising talent. 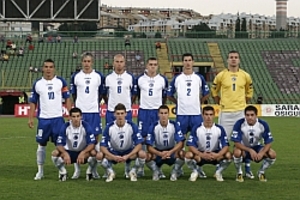 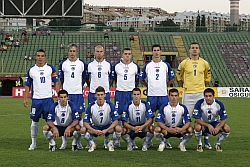 Credit: CIN Players for the national team (U21) before a match with France in Sarajevo this year.

“This can only happen in BiH,” said Jasmin Burić, 21, a goal-keeper for Čelik from Zenica. “They all want to leave in order to advance while they’re still young.”

Burić knows what can happen. This summer, Bojan Taneski, a sports agent from Slovenia, offered him a contract with the Israeli club Ashdod. Burić said that Taneski told him he could get a package that would include benefits and a salary of about €100,000 after taxes. Burić went to Israel for a tryout and attracted interest from Premier League officials there. But knowing what he was earning, he said, they offered him just €60,000, with a €300 bonus for every victory. 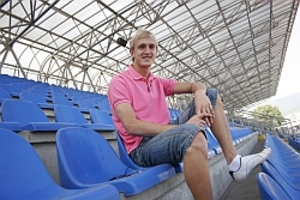 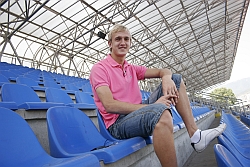 Credit: CIN Jasmin Burić, a former keeper for Čelik, says that he didn't sign the contract with Ashdod (Israel), because it was for less money than he expected.

Taneski said he thought that a second agent brought in by Čelik to negotiate its fee in the transfer was responsible for the low offer. A player’s club is paid by the new club to give up its player, and a Čelik official said the second agent had told them they might expect €80,000. Club leaders say such exchange fees are essential, providing vital funds that allow them to continue operations, cover maintenance costs and hire other players.

But the Burić deal didn’t work out and no one made any money. By mid-December, Burić said he had signed a contract with a Polish team that would be much better than the offer from the Israel club.

Burić said he felt cheated and blamed the agents.

While Burić’s first agent blamed the second agent—and indirectly the club, which brought him in—the club took another view: “In 90 percent of cases the agents only think how to take their money. Beyond that they have no interest,” said Ismet Sarajlić, Čelik’s vice-president. 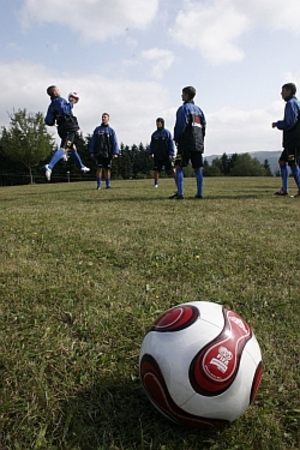 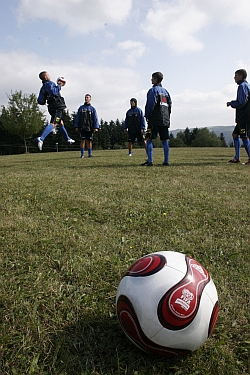 Credit: CIN Poor training conditions, bad league play and low salaries are the reasons for the drain of talented players from BiH.

In the world of BiH football, agents often emerge as the villains blamed for the talent drain, taking advantage of young players and the weaknesses of the BiH association to find young players trades and then abandoning them to clubs where they can’t develop their potential. These trades cost the country some of its most promising players, while agents make between 5 and 15 percent of a player’s salary as a fee for brokering the deals.

Burić worked through another agent for the deal with the Polish team, which will bring both him and his club money, but agents are often seen as making deals only for a quick buck, without regard for players or the game.

Some agents agree that too many take the short term view and say the best approach to developing players is to treat them as investments for the future.

What a Good Agent Does

“The agent has to have a good reputation. It is all based on good connections and trust,” said Marinko Škobić.

Sead Kajtaz, another agent, said the best thing for an agent to do is not just sign a young player to a contract, but to guide him, pointing out his mistakes and opportunities.

“An agent should do all the things a coach does. And when it comes to selling the player, the agent should be able to assess his market value and have good connections,” said Kajtaz. 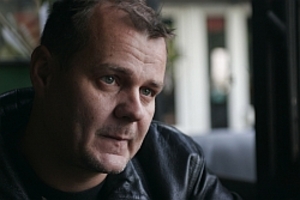 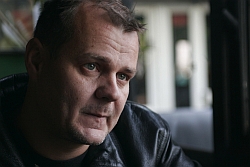 Credit: CIN Ismet Sarajlić, vice-president of Čelik, says that the clubs must stand by and let good players leave.

But others find little to say in the agents’ favor.

Nikola Nikić, a former player and coach, for example, said; “Every one of those agents, they don’t care about the players; they just want to stash a couple thousand KM or Euros.”

The clubs are willing accomplices, say critics of agents and the lax system in BiH. Sarajlić said players usually sign a contract for a year or two with local clubs. The clubs then let them go elsewhere, anticipating the transfer fee. “Clubs are compelled to give up players so they can get money in order to subsist,” acknowledged Željko Baotić, of the Orašje’s club.

In rare cases, with luck and timing, some BiH players do make good. Edin Džeko played for Sarajevo’s Željezničar club, where he started as a youngster. As a teenager, he caught the eye of a new coach, Jiri Plisek, who was soon fired by Željezničar after the team did not perform as its management expected. But Plisek, who returned to the Czech Republic in 2005, took Džeko with him. 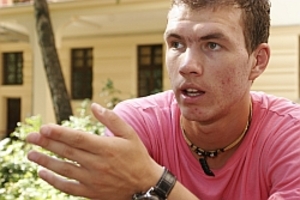 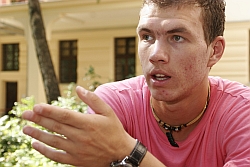 Credit: CIN Edin Džeko found connections to business deals through his play in the German League and on the national team.

Džeko said that Plisek saved his career, adding, “It’s a fact you have to leave this place (BiH) if you want to do something and make it.”

At Teplice, Džeko was declared the best international player and was the league’s second-highest scorer. His success brought him a contract with Wolfsburg, one of the strongest football clubs in Germany.

But Džeko echoes the distrust of agents. He said that before Plisek took him to the Czech Republic, agents asked to represent him. He turned them down on the advice of his father Midhat, a former player himself, who agreed the offers were not in his son’s best interest. “Those managers only care about their own interests so they take a kid away in order to gain some money,” Midhat Džeko said. “The kids get there, fail to make good, so they have to return.”

He said his son was lucky to win the attention of people interested in his development.

No Scouting System in BiH 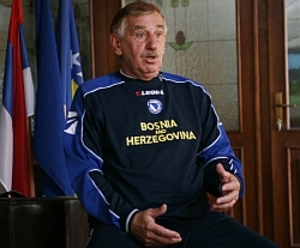 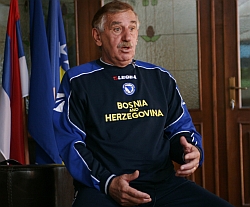 Credit: CIN Josip Katalinski, BiH Football Association's coordinator for the U15 and U17 national teams, says that the association lacks scouts who could lure back BiH players from abroad.

BiH Football Association has no scouts to keep an eye on BiH nationals playing in foreign leagues.

Josip Katalinski, the coordinator for the national U-17 team at the BiH Association, said that he has sometimes learned about players from friends who live abroad, but that is about the extent of the association’s scouting.

National teams in other European countries scout players in BiH like Džeko, and invite them to leave to play for their national teams. Even in the case of a player who is talented and would like to play for BiH, things often do not come together.

Sanel Kapidžić is an 18-year-old who plays midfield for Denmark’s Arhus club, but apparently the national team in BiH was either not aware of him or not interested enough to recruit him.

Kapidžić said, “I always wanted to play for the Bosnian national team.”

When he tired of waiting for an invitation and figured he would not play in BiH, he decided to stay in Denmark, where he will play on the national team.