“FC Young Proleter was founded by my father and managed by my family for fifty years. My father was working in the shoe factory Young Proleter, and he named the club after this company,” said Olarević.

In 1998. Željko Ražnatović, a.k.a. Arkan, wanted to take over Young Proleter as well as FC Obilić. Both clubs are publicly owned. “He just came here, showed me some papers and told me, ‘I am president now.’ He told me several times that we should change the name of the club to FC Young Obilić,” Olarević said “I didn’t want that, because the club had the name for fifty years, from the day my father founded it. That lasted a month, until he came here in this office and, in front of two witnesses, put a gun in my mouth and asked me for the last time to change the name of the club. I realized that he was going to kill me if I didn’t do it, I was a hundred percent sure. So I submitted a request for changing the name. The name was changed in just twenty-four hours, although the law says that procedure should take fifteen days.” 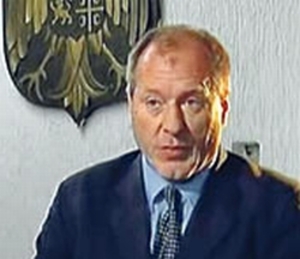 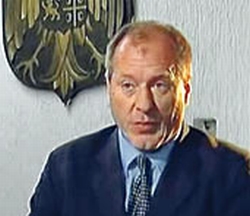 After Arkan stepped down from FC Obilić in 1998, his widow, Ceca, took over. Soon after Arkan’s assassination in 2000, she tried to take over the club founded by Olarević’s father, Olarević said. “Just like with Arkan, she elected herself president. While she was president, she didn’t pay any salaries and there were nine people employed by this club. She paid nothing, the club ran up big debts for electricity, for water, a debt to the Football Association. She didn’t care about the club. She came here only two or three times, and then with potential buyers. Businessman Filip Cepter was here, as well as criminals and leaders of the Zemun clan. They told me that they gave €1.000.000 to Ceca as a deposit. She was selling public property.”

Olarević decided to act in 2006, when members of the club’s assembly, or board, reached the ends of their terms and major problems had arisen because of debt.

“I published a poster that we were forming a new assembly and electing a new president. We did that, submitted papers to the Ministry of Sport and also changed the name of club back to Young Proleter. (Ceca) didn’t show up for eight months, until June 2007, She came here with some leading people from the Football Association of Serbia (FSS) and she said that the club was hers, that she inherited it from Arkan, and that she wanted to sell it to the association. At that time she hadn’t even been president for the last eight months!”

Then, he said, deeper trouble began. 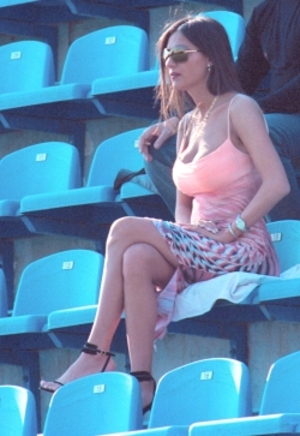 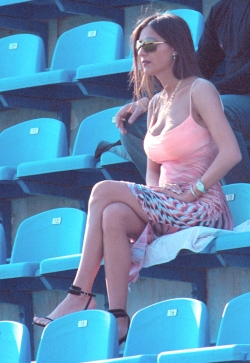 “In March 2007, Predrag Ockoljić, the husband of Ceca’s sister, came here with about 10 armed men and told me that I should give the club to Ceca because she wanted to sell it. I explained to him that this is a publicly-owned club and that she couldn’t sell something that wasn’t hers. He told me that it was none of my business and that he would shoot me in the stomach if I told the police anything. In June, Ceca came here, into my office, with her bodyguards, and after swearing at me, she told me that she was going to kill me and that I knew who was standing behind her. Then Predrag Ocokoljić hit me in the face.” He said because he lived next to the stadium, his wife realized what was happening to him and called the police. His assailants, he said, left.

There Was More to Come

That was not the end of the pressure, Olarević said. On October 11, 2007, he said, Ceca’s bodyguards shot at him and his brother when they were sitting in the stadium, watching a match.

“They tried to kill us, one bullet just missed me, it passed beneath my armpit. One guy was standing at the gate, and two guys were in the yard and one came at me from behind, while I was sitting in the stadium watching a match. First he hit me and then when I tried to escape because he was carrying a gun, he shot at me. After he missed, they shot at my brother two times, but they missed him, too. We know the people who were shooting at us; they were in the war, Arkan’s people. Luckily, there were more than 20 people in the stadium who saw this. Police arrived quickly with five or six cars and found the bullet cartridge and called Ceca to talk to her. According to the information I have, the police forbid her to come near this stadium.”

In March, he said, he will testify in a suit that he brought against Ceca for the attack.