Kenyan President Uhuru Kenyatta unveiled a new attempt to curb corruption and dirty money on Saturday by introducing a new set of banknotes and calling for the old Sh1,000 notes to be returned by October 1st. 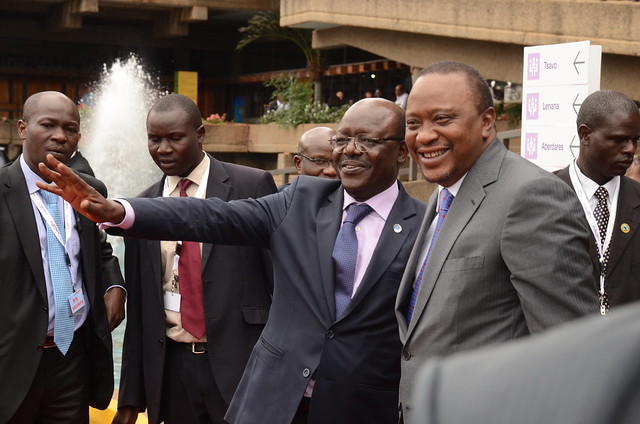 By withdrawing the most valuable bills in the nation Kenyan officials hope that those who have received large sums of cash illicitly will be forced to disclose the source of their money while exchanging or take the heavy financial loss when October comes.

The Central Bank of Kenya began circulating the new series of bills on Friday, but all old notes less than 1,000 shillings will be valid beyond with withdrawal date.

MP Simon Mbugua has since petitioned the government, attempting to stop the new bills’ circulation claiming that they violate Kenya’s constitutional provisions about imagery on currency.

A 2010 constitutional amendment outlawed currency bearing portraits and images of individuals, and the new banknotes show the statute of the country’s first president Jomo Kenyatta.

Kenya’s move is the first since India’s withdrawal of large banknotes in 2016, which caused uproar across the country and the death of over 80 people as crowds swarmed banks to exchange their outdated bills and millions went without pay.

In India’s case some attempted to launder their old bills through shell companies in hopes of concealing the source of their income.

Current President Kenyatta urged his country to continue their fight against corruption in his Independence Day speech on Saturday.

“What makes a nation a nation is not its wealth, but its peoples’ trust in each other. Corruption is greed: it steals our wealth and our trust alike,” Kenyatta said.

Kenya has had issues with corruption in their attempt to expand public infrastructure, with dirty money being laundered through foreign banks, and even among their top officials.

“We must return to that time when honesty and modesty were not traits of weakness - a time when greed and selfishness were abhorred vices,” the President said. “A time when the spirit of selflessness brought harmony and equity. Over time corruption has threatened this spirit. We must make a return to reason.”