Two men in charge of a new US$3 billion railway in Kenya were arrested Saturday on suspicion of corruption over land allocation, according to a statement posted on the country’s Office of the Public Prosecutor Twitter feed. 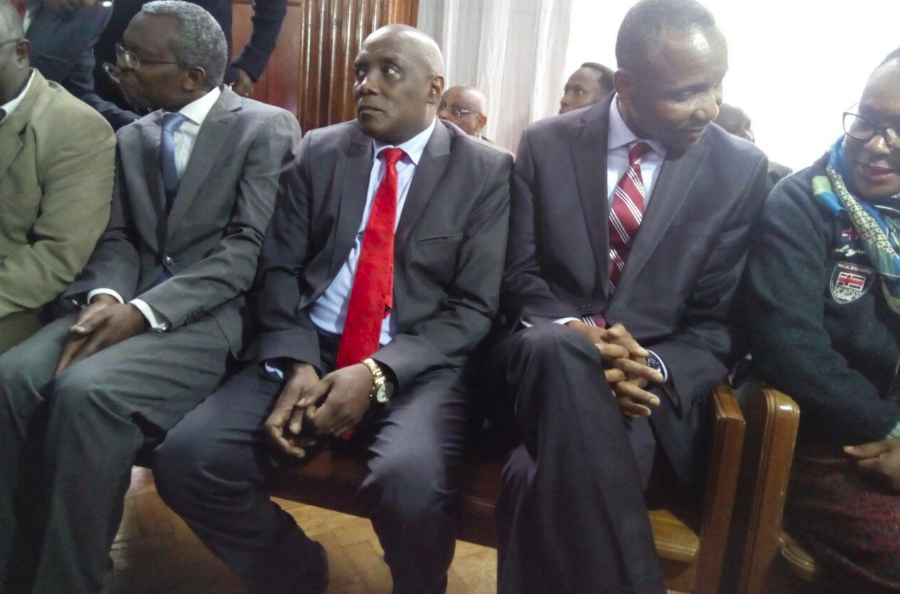 National Land Commission Chairman Mohammed Swazuri and 16 other accused people plead not guilty to charges of conspiracy to defraud government over the $3 billion railroad project in Kenya (Office of the Public Prosecutor's Twitter).An investigation by the Ethics and Anti-Corruption Commission found that the Ministry of Lands and Physical Planning illegally allocated and registered land and then members of the National Land Commission (NLC) allegedly siphoned taxpayer money to the people and entities that the land was registered to, leading to a loss of 222,375,000 Kenyan shillings (US$ 2,208,292) in public funds.

The railway, which connects the country’s capital of Nairobi with the main port of Mombasa, was funded by China and started under Kenyan President Uhuru Kenyatta, whose government has been focusing on anti-corruption for the past year.

The statement implicating those suspected for land acquisition fraud was written by Noordin Mohamed Haji, who was appointed as the Director of Public Prosecutions by President Kenyatta earlier this year.

The Ministry of Lands, the NLC, and Kenya Railways Corporation (KRC) were all found to be involved.

The chairman of the NLC, Mohammed Abdalla Swazuri, and the managing director of KRC, Atanas Kariuki Maina, were only two of 17 officials, businesspeople, and company owners that the statement directed the anti-corruption commission to arrest.

Swazuri pleaded not guilty to the charges, which included conspiring to commit corruption that led the $2,208,292 loss in public funds. Other charges include five counts of abuse of office, breach of trust, two counts of conspiracy to defraud and breach of trust for Maina of KRC, as well as unlawful acquisition of public property, unlawful disposal of public property, and neglect of official duty for other accused persons.

After this information was published by local news outlet Citizen Kenya and featured on Sunday prime time news, the prosecutor's office asked for immediate legal action to be taken, according to the prosecutor’s twitter.

The prosecutor denied a request by the defense lawyer for the accused to be released on bail, saying that there was a high likelihood that there would be witness interference, and that the accused persons could abscond court if released.

“The acts of accused persons put together was done in a systematic way,” the prosecution said, according to Citizen Kenya. “We are opposed to their release on bail.”

The prosecution also stated that Swazuri does not respect public institutions or the rule of law and therefore was not fit to be released.