Citing irregularities, Turkish officials announced on Monday they would nullify the results of Istanbul’s March 31 mayoral election that saw an opposition politician defeat a ruling party candidate by 13,000 votes. 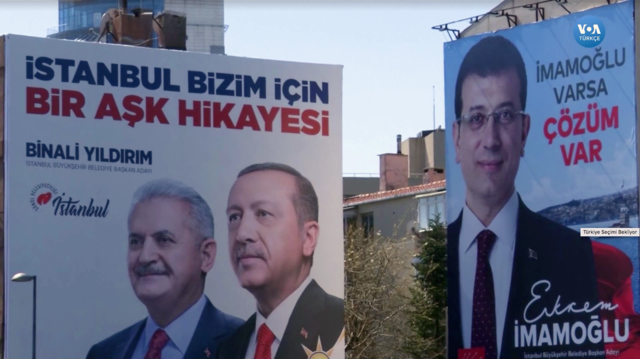 "This system that overrules the will of the people and disregards the law is neither democratic nor legitimate,” tweeted Onursal Adıgüzel, the head of the Republican People's Party, CHP, whose candidate had won the mayoral election.

“This is plain dictatorship," he added.

The victory came two years after Turkish president and leader of the ruling Justice and Development Party, known as the AK Party, abolished the office of the Prime Minister and Turkey’s parliamentary system, in a move that many called the end of Turkish democracy.

In the past years, Erdogan has imprisoned journalists, crushed dissent, and overseen a currency crisis that wiped away half the value of the lira in a year.

The AK Party said the decision of the Supreme Election Council was not aimed at safeguarding any party’s interests.

"This issue is not about protecting the interests of the AK Party or another party," the party’s spokesman, Omer Celik, said on Monday, explaining that election officials ordered the rerun because of irregularities in the voting process.

It was the first time in 25 years that the CHP won a mayoral election in Istanbul. The candidate who won the March 31 vote, Ekrem Imamoglu, was stripped of his duties following the announcement that the results of the election would be nullified.

His message to his supporters was optimistic.

“Our path is long, we are excited, we are young. We are thirsty for justice, full of faith in democracy, Turkish youth. And we'll never give up!” he wrote on Twitter.

“I know there are 82 million patriots in this country that will fight for democracy and the final moment for the Republic.”

The European Union requested that Turkey makes the justification for its decision publically available and to invite international observers to monitor the rerun.