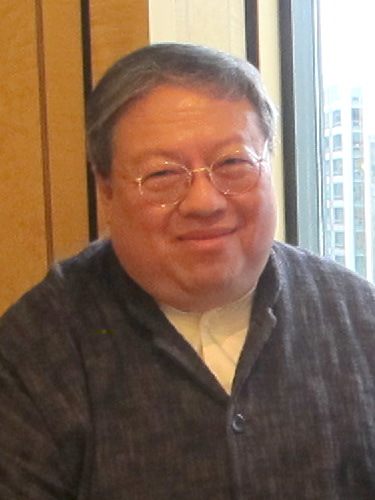 Patrick Ho has been sentenced to three years in jail after attempting to bribe top African officials (Photo: SUNREST, CC BY-SA 4.0)Ho used contacts made while he was at the United Nations to attempt to arrange the deals.

"Patrick Ho schemed to bribe the leaders of Chad and Uganda in order to secure unfair business advantages for the Chinese energy company he served," said Berman in a Department of Justice statement on Monday.

He characterized Ho’s actions as brazen, including offering President Idriss Déby of Chad US$2 million in cash “hidden in gift boxes” in return for valuable oil rights from the Chadian government in 2014. To Ho’s surprise, the President refused, asked him contribute the money to Chad as a charitable donation, but did not provide the unfair advantage Ho had sought after all.

The second attempt took place in 2016, when Ho arranged $500,000 to be paid through the New York banking system, which is why Ho faces an American court, to an account chosen by Sam Kutesa, the Minister of Foreign Affairs of Uganda, who Ho had met while Kutesa was president of the UN General Assembly.

Ho also schemed to pay a $500,000 cash bribe to President of Uganda Yoweri Museveni, who is a relative of Kutesa’s. The bribe was not paid and there is no evidence regarding Museveni accepting or soliciting it.

Ho served as Home Affairs secretary in the Hong Kong government from 2002 to 2007, and then became the head of a UN-based NGO which was fully funded by Chinese conglomerate CEFC China Energy, founded by Ye Jianming who was reportedly detained by the Chinese authorities in March 2018 and has not been seen in public since.

CEFC China grew relatively quickly from a small company to be worth tens of billions of dollars, operating globally in multiple sectors, such as oil, gas, and banking. It played a part in President Xi Jinping’s One Belt One Road plan to build commercial networks around the world, involving infrastructure development and investments in 152 countries and international organizations in Europe, Asia, Middle East, Latin America and Africa.

Ho was arrested by US authorities in 2017, after which CEFC's business began to crumble, then convicted in December on seven charges of corruption and money laundering for bribes, and on Monday sentenced to three years with the time he has already served to count towards the prison term.  Ho will also pay $400,000 in fines.

According to a criminal justice lawyer, cited by CNN, the sentence was "unusually lenient" with the maximum penalty for each charge ranged from five to 20 years in jail.

CNN says that “Judge Loretta A Preska noted Ho's record of helping others, including the inmates he had tutored during his 16 months at the Manhattan Correctional Center, which will be deducted from his sentence.”

CEFC China Energy has now sold much of its property and a Chinese state-owned company is taking control of many of its international assets.