An Albanian man who ran an organized people smuggling network from the United Kingdom was extradited to Belgium on Friday to serve a 10-year prison sentence, authorities said. 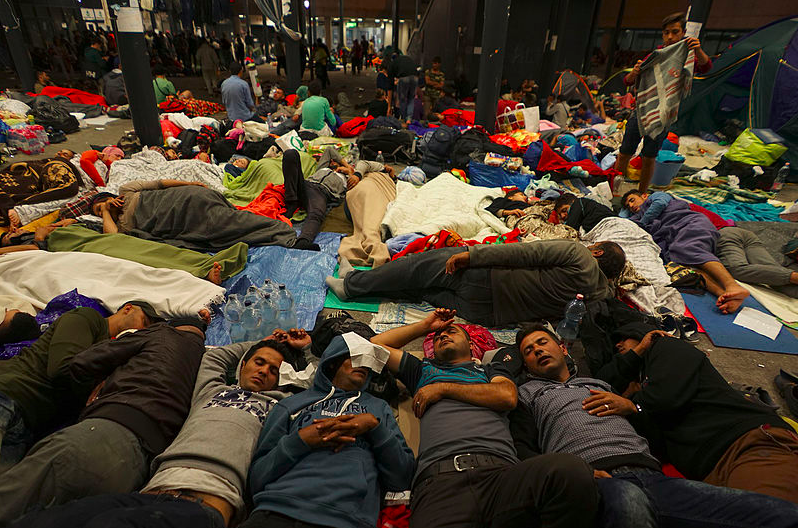 Syrian refugees in Europe (Photo: Mstyslav Chernov, CC BY-SA 4.0)The National Crime Agency (NCA) said that Alket Dauti’s operation relied on a system of corrupt truck drivers who would pick up men, women and children in Belgium, and then transport them through channel ports into the UK, sometimes hiding them in refrigerated haulers.

NCA officers arrested Dauti in Southeast London in June 2018. A Belgian court convicted the 31-year-old in absentia in December for orchestrating a network that was allegedly behind hundreds of attempts to smuggle migrants into the UK.

“He treated desperate migrants as a commodity he could make money from, and was perfectly happy to risk their lives on incredibly dangerous journeys in the back of lorries,” said NCA investigator Andrea Wilson.

People smuggling can be a lucrative business in the European Union. According to Europol, European smuggling networks earn an estimated US$ 5-6 billion per year by charging migrants and refugees thousands of dollars for their treacherous journeys.

Some of Dauti’s smuggling attempts were thwarted by UK border police, according to authorities, who intercepted the migrants upon their arrival into the country.

“He has been convicted in a Belgian court and we have returned him there to serve his sentence,” Wilson said.

Two other men thought to be Dauti’s lieutenants were sentenced to eight years each by the Belgian court in West Flanders, according to the NCA. They are currently awaiting extradition.