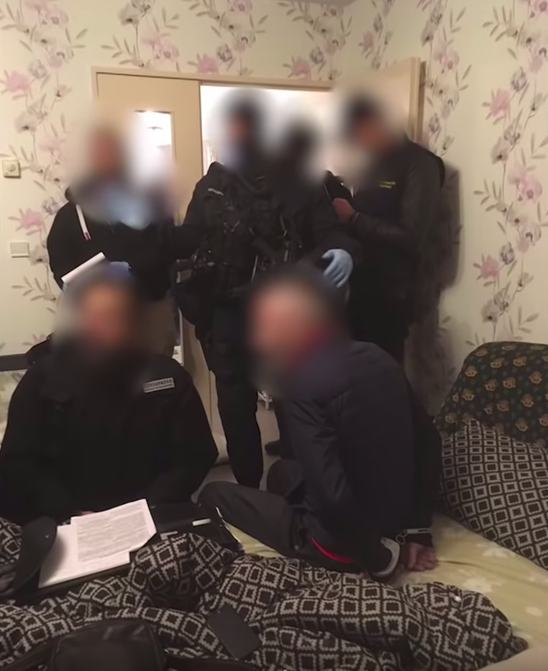 Authorities and suspects crowd a room in one of the searched apartments in France. (From: Georgian Police)The Georgian, Armenian and Azerbaijani organized crime groups operated in Belgium and France.

Operation VORS 69-01 was directed by Georgian law enforcers who congratulated their French colleagues for capturing 10 Georgian suspects including two “thieves-in-law,” referring to a high rank for members of Russian-speaking crime groups.

“More than 300 law enforcers from France, Belgium and Georgia participated in the operation,” said the Georgian Police press release. “Special units and canine service were involved and a helicopter was used during the actions.”

In the homes of the detainees, police found jewelry, luxury cars, firearms, large amounts of cash, tools to create fake documents, lock-picking devices, 1,500 packages of smuggled cigarettes, and methadone. The total seized assets were worth over 400,000 euros (US$455,000), police said.

Since January 2018, Georgia has detained 14 thieves-in-law. In total, 190 persons have been arrested and charged with being members of the criminal underworld.