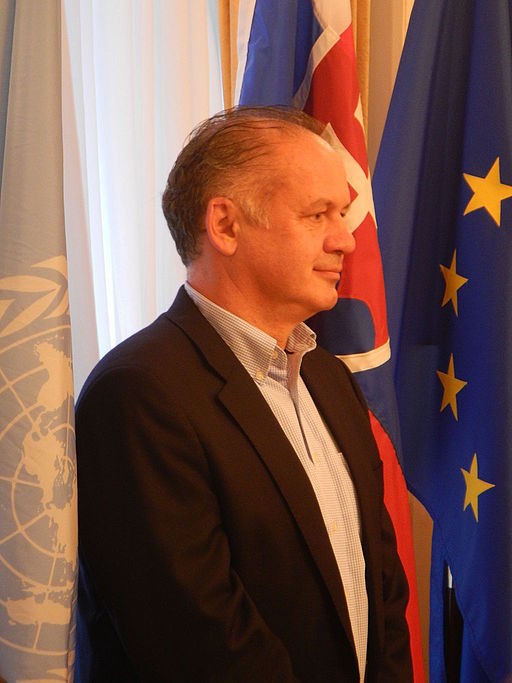 Andrej Kiska during a 2014 visit to New York (From: Nemcok.sk)Reading a report from the country’s intelligence service on how tens of millions of EU agricultural funds were being funneled to drug trafficking groups, Kiska was stunned police did not launch any investigations.

The report lists many names, companies and sums of money, and was handed over to police.

“These people had cover from state mafia, policemen and politicians who decided not to investigate anything and hide things under the carpet,” he said.

The government has been covering up organized crime for over a decade, according to the entrepreneur and writer who became President of Slovakia in 2014.

"They also had to be covered by the police, who received the information from the Slovak Information Service,” he said. “They had to have people at the interior ministry and the government office, where at least two people worked who were very close to the suspects.”

The reporter who uncovered the EU fund schemes, Jan Kuciak, was murdered together with his fiancee eight months ago. Kuciak reported on links between the small country’s government and mafia, including Italian organized crime groups.

After the reporter’s murder, people took to the streets in the country’s biggest protests since the fall of communism. The public demanded new elections and forced then-Prime Minister Robert Fico to step down.

Peter Pellegrini, who replaced Fico, said the report does not show explicit links between organized crime and the government, Bloomberg reported.

“It’s a misinterpretation,” he said. “Such remarks don’t make good impression of Slovakia. But I got used to it from the President since he has never said anything positive about Slovakia.”

OCCRP and its partners the Czech Center for Investigative Journalism (CCIJ) and the Investigative Reporting Project Italy (IRPI) are continuing Kuciak's investigations to honor his memory and set the record straight.