Russian oligarchs and multimillionaires face having their assets frozen in a crackdown by British authorities on dirty money flooding into London, the Financial Times reported. 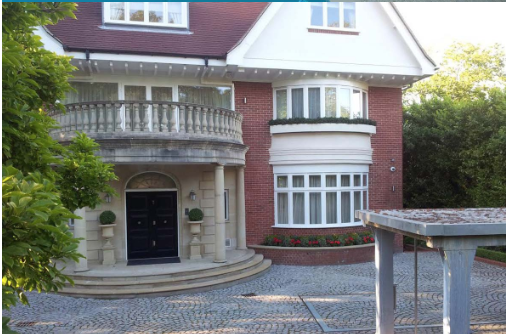 Ilham Aliyev’s Family Mansion in the UK (Photo:OCCRP)The illicit wealth of corrupt elites is being investigated by the National Crime Agency (NCA) under new powers known as unexplained wealth orders (UWOs). The orders force those suspected of serious crime to explain where they got their assets, including properties worth more than £50,000.

Officials with the NCA  have scaled up investigations into businessmen linked to Russian President Vladimir Putin’s regime after the attempted murder of a Russian former spy in the English town of Salisbury.

“Are we looking at potential Russian targets? Of course we are,” Donald Toon, director of the NCA’s economic crime unit, told the Financial Times. “We are looking at high-value Russian assets inside the UK . . . and whether or not we can be in a position to go to the courts and raise sufficient concern to obtain an unexplained wealth order on those assets.”, he added.

The move is part of the government’s attempt to end London’s reputation as a magnet for dirty money from Moscow and beyond.

Russian, Chinese and Middle Eastern investors have a particularly strong presence on the London assets markets—buying everything from multimillion dollar apartments to whole companies. The NCA estimates that US$127 billion is a “significant underestimate” of the money currently being laundered in London.

According to the Financial Times, an essential element of the crackdown is an overhaul of the UK’s system of reporting suspicious activity, including an IT upgrade. The NCA annually receives 470,000 suspicious-activity reports, or SARs, which are alerts from businesses regarding  transactions that may indicate money laundering or terrorist financing.

More than 80 percent of SARs come from banks, a sector that has tightened its reporting since being stung by substantial fines — particularly from US authorities — for overlooking money laundering.

The 127 firms are registered to a handful of offices in London where employees claim they never heard of them. Some of the companies’ accounts appear obviously bogus, BuzzFeed said. Those firms were established by other firms based in offshore tax havens and controlled by businesspeople from Ukraine, Russia and other post-Soviet countries.

The Russian Laundromat case involved 21 ghost companies, many based in Britain, as part of a huge scam to wash dirty money from Russia through western banks. Reporters for OCCRP broke the story of the laundromat in 2014.

The Bulgarian outlet Bivol, an OCCRP partner, responded to the UWO measure by identifying two Bulgarian nationals with  London property who they believe should be probed. Kalin Mitrev, who owns a London apartment worth almost$ 1.5 million, was involved in the similar Azerbaijani Laundromat case, which detailed millions funneled through ghost companies to bribe European politicians and boost Azerbaijan’s image in the west.