A federal court in Brooklyn sentenced on Wednesday a former Paraguayan soccer official to nine years in prison for racketeering and corruption offenses that were part of the FIFA corruption scheme. 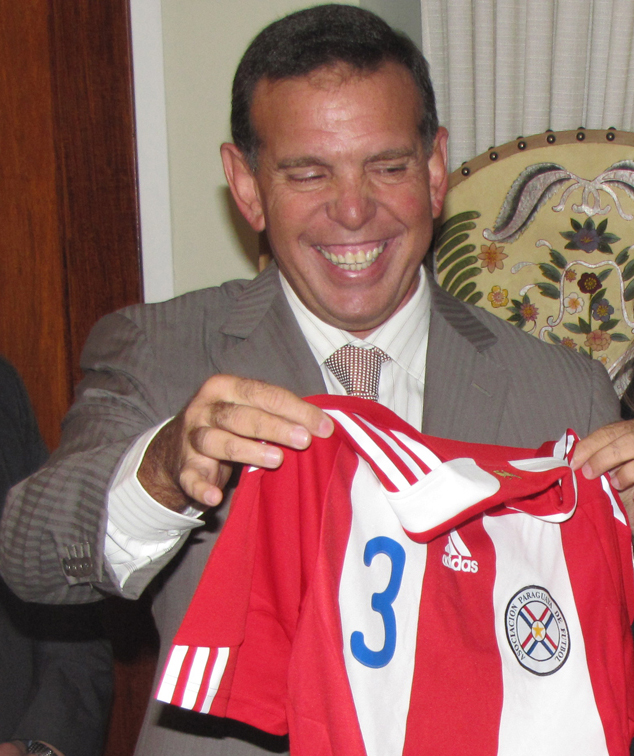 Napout was arrested in Zurich, Switzerland, in December 2015, when he was the president of CONMEBOL – the confederation responsible for soccer in South America.

At the time of the arrest, Napout was also a FIFA Vice President and a FIFA Executive Committee member. He had previously served as the head of the Paraguayan Soccer Federation, known as the Asociacion Paraguaya de Futbol (APF).

“Napout rose to the highest ranks of soccer, holding FIFA executive positions and running a powerful continental confederation, only to turn his back on the institutions and people he was entrusted to serve,” said US Attorney for the Eastern District of New York, Richard P. Donoghue.

When he was president of APF, Napout received bribes in exchange for media and marketing rights to the World Cup Qualifier matches played by the Paraguayan national team.

And as president of CONMEBOL, he agreed to receive the “presidential treatment,” receiving $1.2 million per year for the Copa Libertadores and $3 million for each edition of the Copa America, according to the sentencing memorandum.

In order to hide the bribes, he arranged to receive the payments in cash in Buenos Aires, Argentina. He would then travel to this city to pick up the money, sometimes using the services of his personal driver to move the cash across the border to Asuncion, Paraguay, according to testimonies and trial exhibits.

On other occasions, he received his bribes through wire transfer payments for the economic rights to a soccer player, the purchase of concert tickets, and the rental of a luxury apartment in Punta del Este, Uruguay, all with no direct traceability to Napout, according to the sentencing memorandum.

The Court has already sentenced three defendants in the case.

fifa us department of justice Paraguay