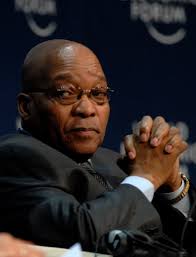 Zuma's his asked the judge to allow a permanent stay of prosecution.

Judge Mjabuliseni Madondo granted the Zuma legal team's request to file a stay of charges, and set the date of November 30th for the state to respond to the request.

Zuma faces 16 counts of corruption, fraud, racketeering, and money-laundering in relation to an arms deal with French arms company Thales, who the National Prosecuting Authority (NPA) is building a case against in relation to the Zuma investigation.

The current investigation flagged 783 questionable payments received by Zuma from 1995 to 2005 as part of the US$2.5 billion arms deal with Thales.

However, it was only in February 2018, following raids of the homes of the Gupta family --close associates of the Zumas-- a declaration by the South African public protector that Zuma’s dealings with the Guptas and other associates resulted in state capture, and a request from the African National Congress Party (ANC), that he resigned.

Zuma’s son Duduzane Zuma is also facing corruption charges for his role in trying to bribe the former deputy finance minister Mcebisi Jonas in October 2015, with the help of the Guptas.