Delaware Supports Bill to End its Status as Tax Haven

Companies that register in Delaware might soon have to identify their owners, as the state is backing federal legislation after a decade of resistance, the Wall Street Journal reported Monday. 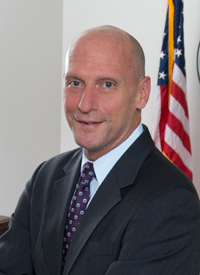 Delaware Secretary of State Jeffrey W. Bullock (From: Delaware State)If the proposed bill passes in Congress, law-enforcement, anti-corruption groups and watchdog reporters would be able to access ownership information through a Treasury database.

In the US, companies are incorporated at the state level. Congress wants to introduce legislation that would oversee this process.

For a decade, federal legislators have been trying to pass a bill that would make it mandatory for companies to identify their owners at the time of incorporation.

If owners are not identified, this facilitates tax evasion and money laundering. Certain states such as Delaware do not require companies to identify their beneficial owners when they are formed. A disproportionate amount of US companies are registered in the small state of Delaware while operating elsewhere, giving the US the reputation of a tax haven.

Delaware and other states have resisted the federal bill that would require more transparency until earlier this month when Delaware’s Secretary of State endorsed the changes, which are part of a more general overhaul to combat money laundering and terrorism financing.

Secretary of State Jeffrey Bullock said, “It’s time to get something workable that can actually help law enforcement, and get it passed,” in an interview about the state’s endorsement.

As the state with the most lax rules for incorporation gives it support, the bill is expected to gain more traction, according to the Wall Street Journal.

Other outlets such as Think Progress, however, think the support might be “too little, too late.” Congress has changed the initial proposal so much, that it won’t have the desired effect.

The population of Delaware is under one million and has 1.3 million entities registered. According to multiple studies, it is easier to set up a company in the US than it is to purchase a library card.