A homeless couple in Belgium is on trial for money laundering after sharing some US$ 350,000 they found while squatting in an abandoned building, the Guardian reported Wednesday. 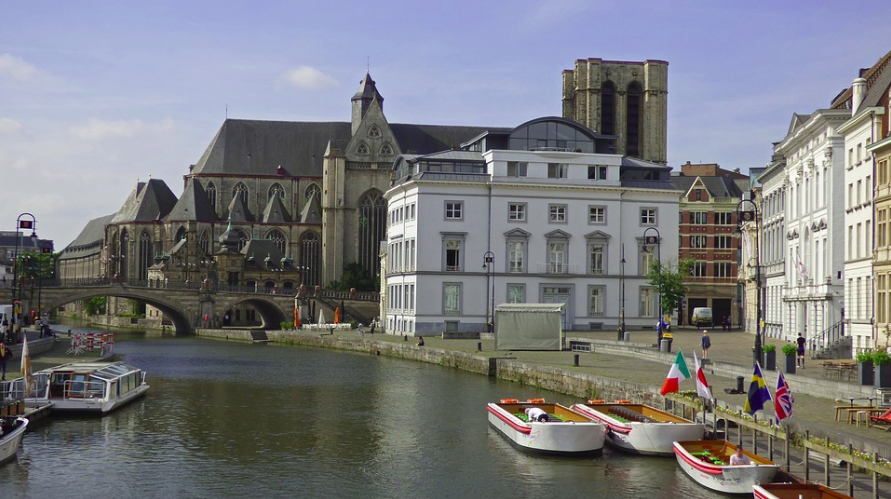 The port city of GhentThe couple, named only as Joey D and Kimberly A, gave some of the windfall they discovered in an old Singer sewing machine to people who had helped them in the past. Prosecutors recognized the couple was acting out of generosity, but said that did not authorize them to distribute the cash.

“They shared the money as well-wishers. But of course you cannot hand out money that is not yours. And the people who took the money should have known that Joey and Kimberley could not have come by such sums of money in a normal way,” the public prosecutor told the court, according to the Guardian.

The abandoned house had formerly been occupied by a wealthy widow, according to local media, and the couple was tipped off by other squatters about the possibility of finding lucrative items.

The nine friends who received money from Joey and Kimberly are also being prosecuted, and the widow’s son, who owns the blighted house, is trying to reclaim the cash.

Sofie Vermeir, Kimberly’s lawyer, told the court her client saw the money as an opportunity to better the course of her life. “They wanted to buy a house, because they know all too well that such shelter is the start of a normal life,” the Guardian reported her as saying.

Joey’s lawyer, Jesse van den Broeck, argued that the couple were “honest finders” and should be allowed to keep the money.

“In the first hour procedural errors have already been made, so the investigation is void,” he said, according to the Guardian. “I ask that Joey get his money back and not be punished.”

The windfall was discovered during a drug raid on the property of a friend with whom the couple was staying. Officers found 1.5kg of amphetamine and more than 1,000 pills, according to the Guardian, as well as some $60,000 in cash on Joey.

The couple is also facing charges of drugs possession.

The prosecution is seeking 18-month suspended prison sentences for the two, as a well as a $7,000 fine from each of them. A judge is expected to give a decision in two weeks.

Most homeless shelters in Belgium’s capital of Brussels are occupied and, according to the BBC, tents are forbidden. Last year, NGOs in Brussels launched a campaign to hand out portable, cardboard tents to the homeless, which police said they will tolerate.