The head of the Social Democratic party (PSD) and one of Romania’s most powerful politicians was sentenced on Thursday to 3.5 years in prison for abuse of power, The Guardian reported. He is expected to appeal. 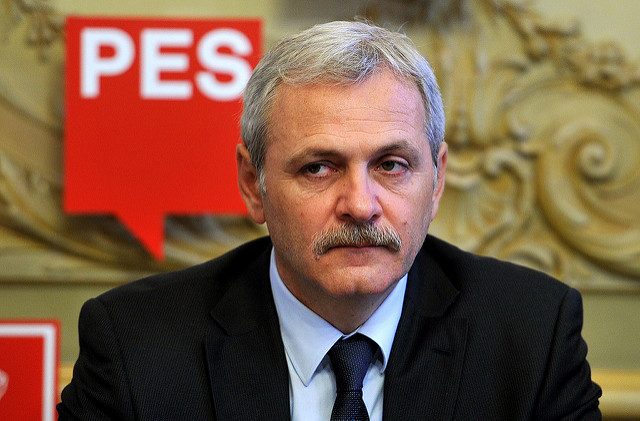 Liviu Dragnea (CC BY 2.0)Liviu Dragnea was found guilty of keeping two women on the payroll of a family welfare agency although they worked for his party between 2008 and 2010.

This is the second time Dragnea has been convicted. The first was for electoral fraud over a 2012 attempt to impeach the president. He was found guilty in 2015 and has been banned from serving as prime minister since.

He is also under investigation for fabricating documents to obtain European Union funds, Al Jazeera reported.

The party leader is thought to be the most influential politician in Romania but analysts believe that the court decision will weaken his ability to impact national politics and the current government, according to Deutsche Welle.

This conviction comes after a series of protests both for and against anti-corruption measures in Romania, as well as Parliament’s approval of new amendments that critics believe will worsen graft.

Dragnea’s sentence may elevate these already rising political tensions, as the PSD moves to impeach President Klaus Iohannis and remove the head of the National Anticorruption Directorate (DNA).

“I expect harsh words from both the PSD and the president following the Dragnea decision,” Radu Delicote, a consultant at Bucharest-based communications agency Smartlink, told The Guardian. “It’s hot out there. There’s an institutional conflict, and it’s possible that the president will be suspended.”