A little more than a week after Ukraine opened a corruption park in Kiev’s botanical gardens, the country’s president, Petro Poroshenko, signed a bill on Monday on the creation of an anti-corruption court, Radio Free Europe said. 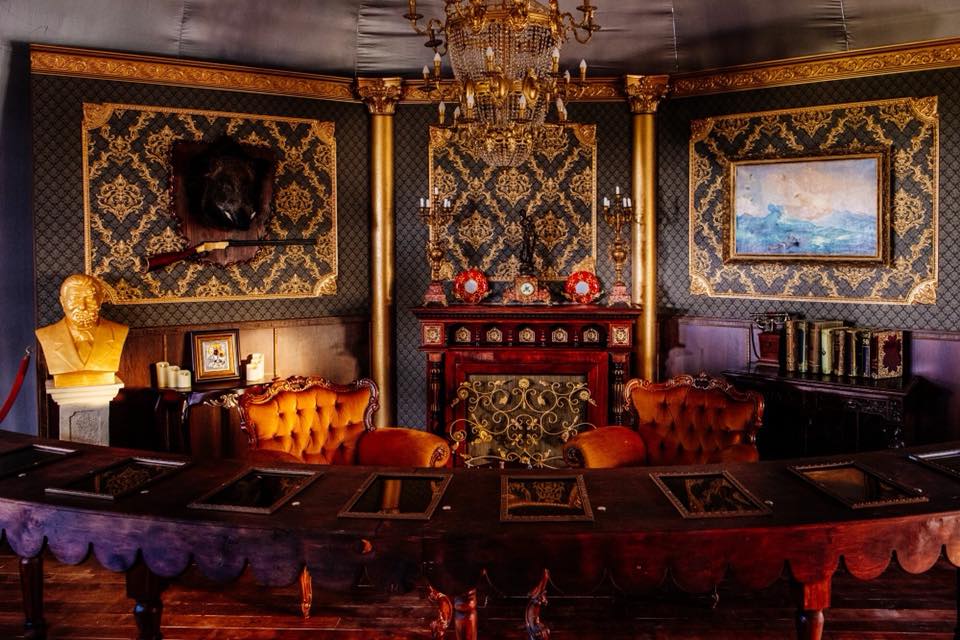 Park of Corruption (Парк корупції) Facebook pageThe establishment of the anti-corruption court was a crucial condition for the International Monetary Fund (IMF) in their decision to distribute up to US$2 billion in aid. It was also demanded by protest groups and highly supported by Western governments.

The anti-corruption court is expected to help Ukraine better tackle corruption within the country and resist interference from Russia, according to Radio Free Europe.

“The establishment of a genuinely independent anti-corruption court is the most important, immediate step the government can take to roll back corruption that continues to threaten Ukraine’s national security, prosperity, and democratic development,” U.S. State Department Spokesperson Heather Nauert said in a statement on June 5.

The country is now taking active measures to curb the flow of corruption and their methods are not lacking in imagination. On June 1, the country opened a corruption park in its capital of Kiev, Bloomberg reported.

Virtual reality, 3D features and interactive installments inhabit a series of domes that dot the park. Some offer a historical overview of corruption spanning ancient Sumeria to today, others narrate major corruption schemes with details about real criminal cases, some display luxury items obtained through graft, and more offer information on anti-corruption institutions.

The final hall of the park is called ‘Our Dream Country’ and lays out Ukraine’s vision of itself as a country without corruption, according to the Delegation of the European Union to Ukraine.

Eka Tkeshelashvili, head of the EU’s Anti-Corruption Initiative, explained the project to the Delegation of the European Union to Ukraine as an effort to educate a population that has become desensitized to corruption.

The park caters to a younger generation by allowing visitors to interact with crime and corruption. Guests can crack down on rogue politicians, it is made up nine inflatable tents that resemble large balloons, and one of the halls is shaped as a 100-meter golden loaf of bread, which became symbolic of Ukraine’s inability to extinguish corruption after a golden loaf of bread disappeared from former Ukrainian President Viktor Yanukovych’s mansion in 2015, never to be found again.

The park is also color coded. Designers allocated gold and platinum as symbols of corruption, while white and transparent signal a path towards a corruption-free country.

“This project is not about specific people, heroes, events, or crimes,” Tkeshelashvili said to the EU. “It describes corruption as a phenomenon that no one in the world was able to eradicate completely. However, the world knows examples of how the level of corruption has been reduced to a minimum, followed by economic growth. I am confident that Ukraine should also be embracing this path.”