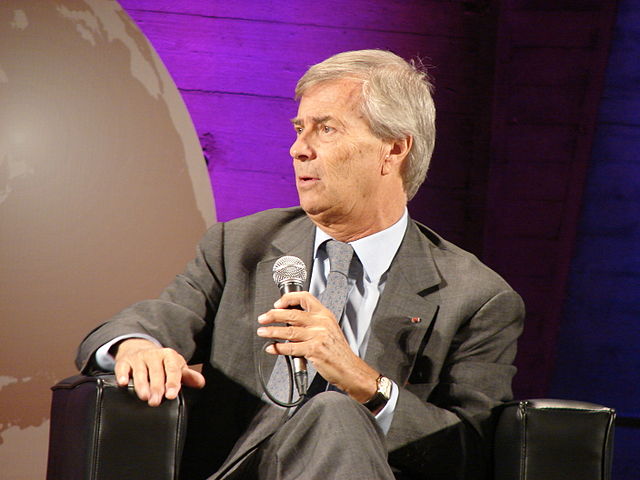 Vincnet Bollore is currently under investigation by the French authorities. (Source: Copyleft, CC BY 3.0) Bollore is a billionaire who owns an advertising conglomerate, Havas, with a huge presence in Africa. He also has a controlling stake in the media company Vivendi, as well as several rail and port monopolies that operate in various former French colonies in Africa, the New York Times reports.

Following successful elections in Guinea, Conde terminated a contract with a French competitor company and gave rights to the Bollore Group, of which Havas is a subsidiary. According to a press release, the Bollore Group states that they acquired the port project in Guinea in 2011, following the failure of the winner of the bid, which was recognized before the election. Likewise, the Group states that in Togo, they won the port contract in 2001 before they invested in Havas.

“Attempting to link the attribution of a port concession with communication services translates a great misunderstanding of this economic sector and economic activity in general,” the press release states.

Havas stopped doing political consulting in 2013 after its clients became the subject of scandals.

Vincent Bollore built his vast fortune in various former French colonies, where he established close relationships with political leaders, acquiring the title, “King of Africa.” In addition to the current investigation, Bollore was also previously accused of facilitating the late Libyan leader Muammar Gaddafi’s financing of former French President Nikolas Sarkozy’s election campaign, for which Sarkozy is now on trial.

The Bollore Group is also well known among investigative journalists in France for entering into “gag suits” under the guise of defamation accusations. So far, they have issued 20 suits against over 40 reporters and activists, according to Sherpa, a French anti-corruption organization.