Japan’s Prime Minister told the parliament he never ordered any tampering with documents related to a land sale scandal he and his wife were implicated in last year, the Guardian reported on Monday. 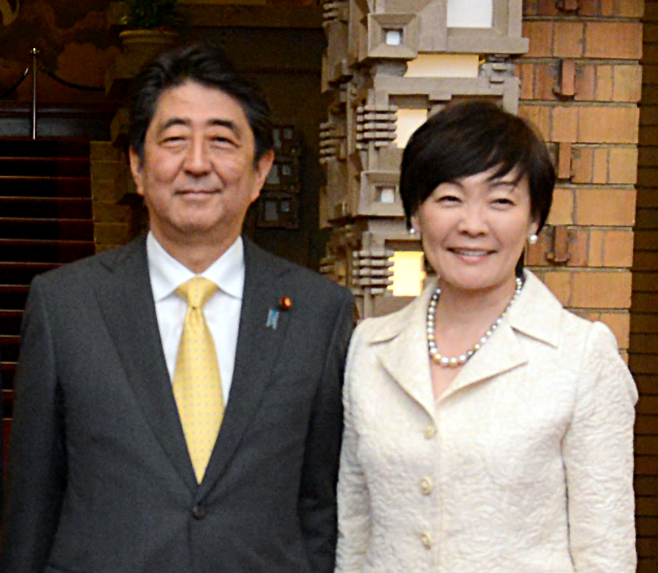 It resurfaced when it emerged that meanwhile over 300 changes in 14 documents concerning the background of the negotiations with the school were altered, according to the finance ministry. The documents were changed before they were given to MPs that were investigating the alleged government influence in the original deal. Prosecutors are now investigating the allegations.

Opposition lawmakers released both the original and doctored documents that seem to show the erasure of comments by Abe, Akie, and the Japanese Finance Minister Taro Aso.

The Finance Minister has accused staff members at the finance ministry for the changes but an official who oversaw the transaction killed himself over the scandal. The man left a note worrying he would have to take the blame over the entire scandal whereby his superiors from the finance ministry had told him to change sections of the land sale agreement.

In one document connected to the sale, the school group, Moritomo Gakuen, says that Akie had urged the group to “move forward because it is a good plot of land,” reports the Guardian. This was removed in the version submitted to the MPs investigating the case.

In another file, it states that Akie was “moved to tears by the school’s education policy.” She was supposed to serve as honorary principal before resigning the position over the scandal.

The education group attracted criticism for having students bow before photos of the imperial family as well as perform other perceived-nationalist actions.

Abe has denied any wrongdoing and has openly said that he would resign if him or his wife were found to be personally involved in the land deal.

“If you look at the documents before the alterations, it is clear there is no evidence that I or my wife was involved in the sale of the national land or approval of the school.”

The scandal has put his aspirations for another term as PM in jeopardy. A poll taken over the weekend shows that 68 percent of respondents believe that Abe “has a responsibility” in the document alterations. Only 20 percent said he “has no responsibility.”

Another scandal involving the PM, his wife, and Moritomo Gakuen stemmed from allegations that Akie gave over US$ 9,000 to one of the group’s kindergartens.

“She said, ‘please, this is from Shinzo Abe,’ and gave me an envelope with 1m yen in it,” Yasunori Kagoike, president of the Moritomo Gakuen group, testified in a parliamentary committee in March 2017.

The Prime Minister, Akie, and the government also deny these allegations.